Asked and Answered: What 10-Year-Old Yadid Asked the President

June 5, 2015 at 12:32 PM ET by Yena Bae
Twitter Facebook Email
Summary:
Ten-year-old Yadid Frydman Orlow asked a few important questions reflecting that progress begins when someone asks, "What can I do to help?"

This is the latest post in our "Asked and Answered" series, in which we periodically feature an exchange between the President -- or a Senior Administration Official -- and an American who wrote him. If you'd like to write the President yourself, you can do so here.

May was Jewish American Heritage Month. To celebrate, the President joined communities around the country in honoring the contributions Jewish Americans have made to our nation and the shared values that move us forward together.

To highlight these enduring ideals, we wanted to share a letter exchange between the President and a young Jewish American writer whose parents celebrated Hanukkah at the White House last year. Ten-year-old Yadid Frydman Orlow from White Plains, New York thanked the President, but asked a few important questions as well. His thoughtful questions reflect the recognition that progress begins when someone dares to ask, "What can I do to help?"

Here is the handwritten letter from Yadid, along with his parents’ invitation to last year’s celebration: 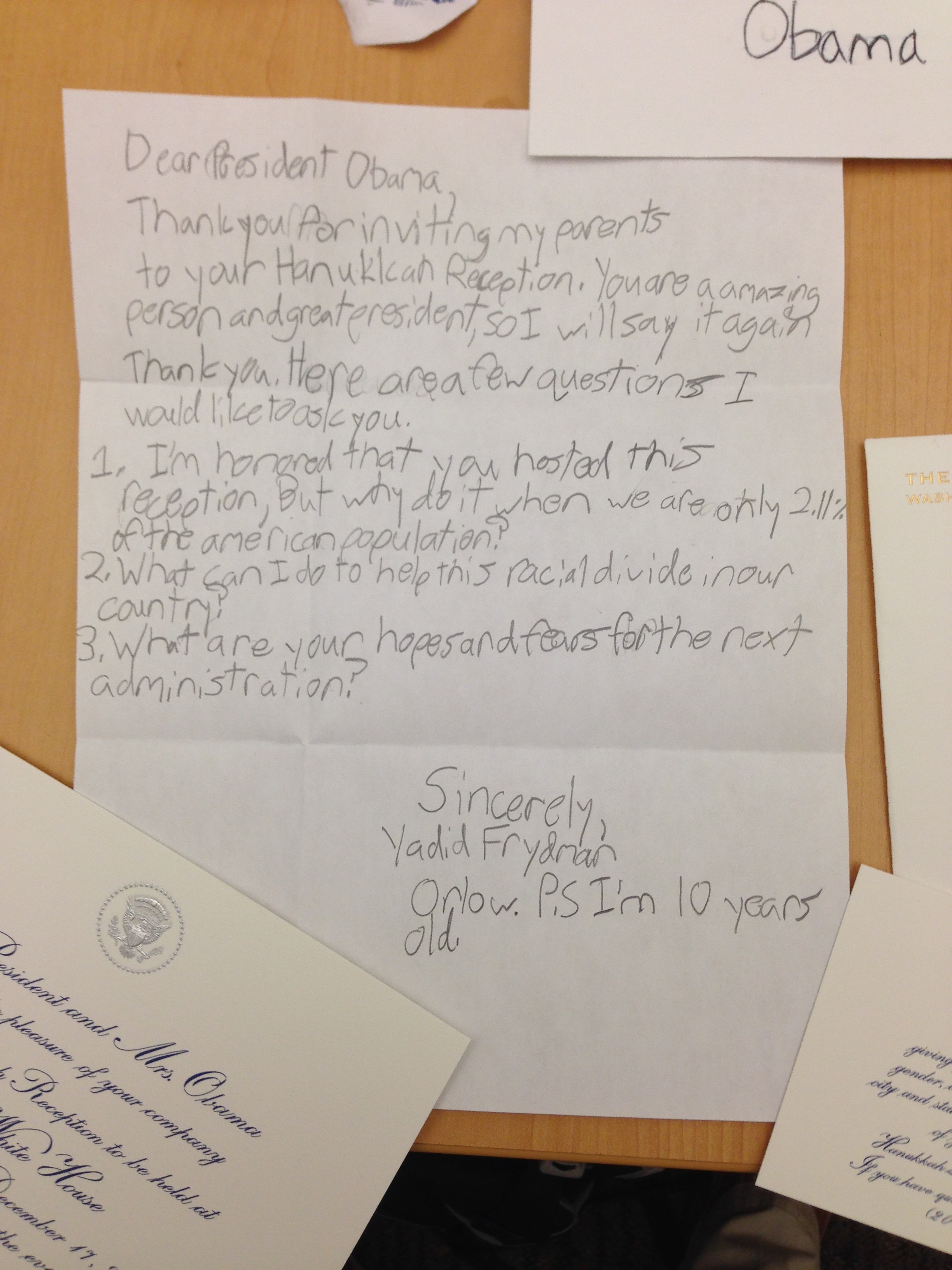 The President responded to Yadid with a letter and an invitation of his own: 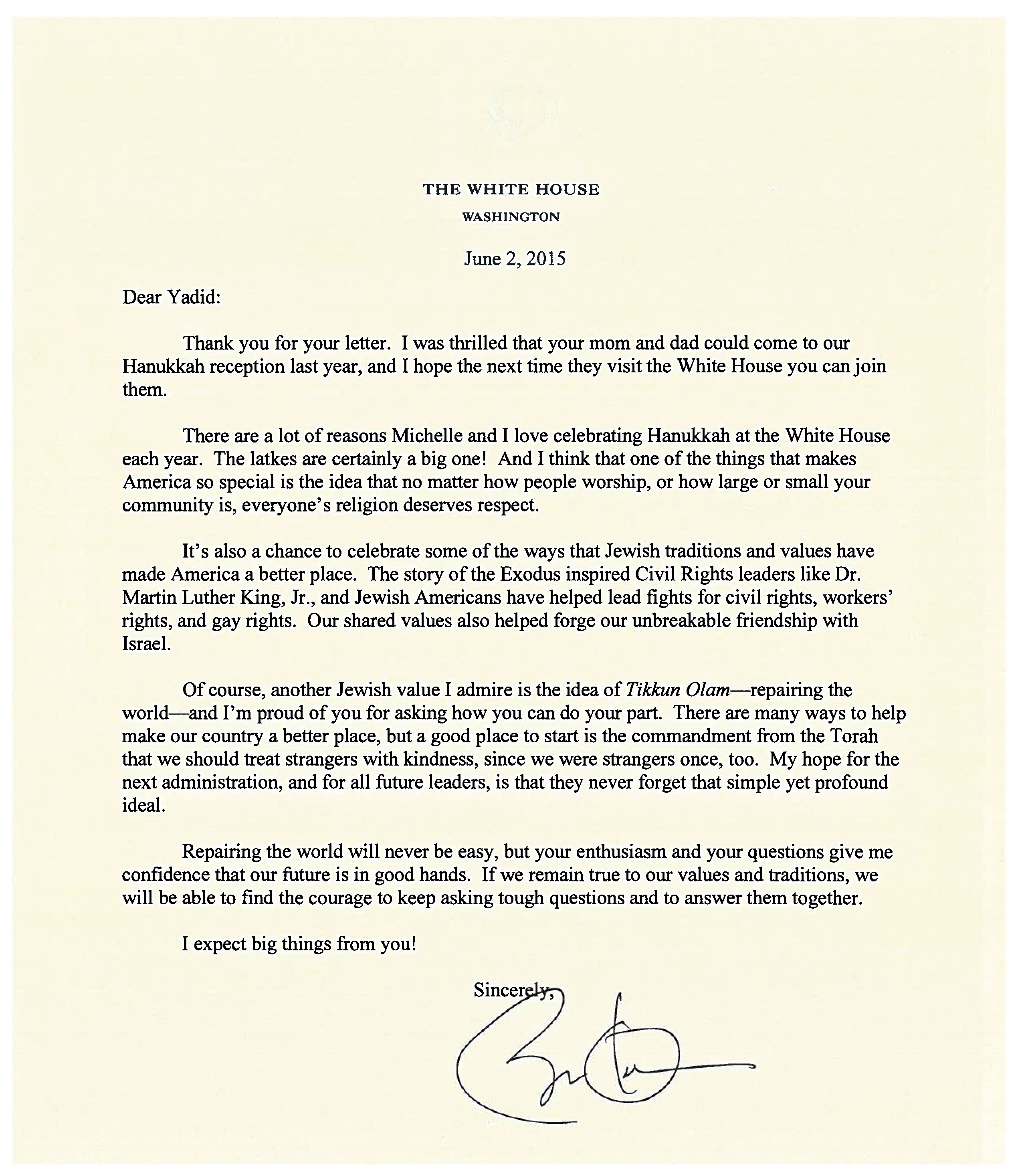 In his response to Yadid, the President confirmed that working toward a brighter tomorrow is both a Jewish aspiration and an American one.

The voices of people across America inform the President and give him invaluable perspective on the progress we’ve made  and the work we’ve got left to do. If you want to write the President yourself, you can do that here.