He left nothing in the tank. He was a man who led a life where the means were as important as the ends. The example he set made you want to be a better dad, or a better son, or a better brother or sister, better at your job, the better soldier.

He made you want to be a better person. Isn’t that finally the measure of a man -– the way he lives, how he treats others, no matter what life may throw at him?"

Today, the Biden family, President Obama, and Americans across the country paid their final respects to a good man who loved deeply, and was loved in return.

A veteran of the Iraq war, the Attorney General of Delaware -- and most importantly -- a dedicated father, husband, and son, Beau Biden was a compassionate, empathetic, public servant who cared about what matters most in life, the people and country he loved.

President Obama delivered a eulogy in honor of Beau Biden at St. Anthony of Padua Church in Wilmington, Delaware: 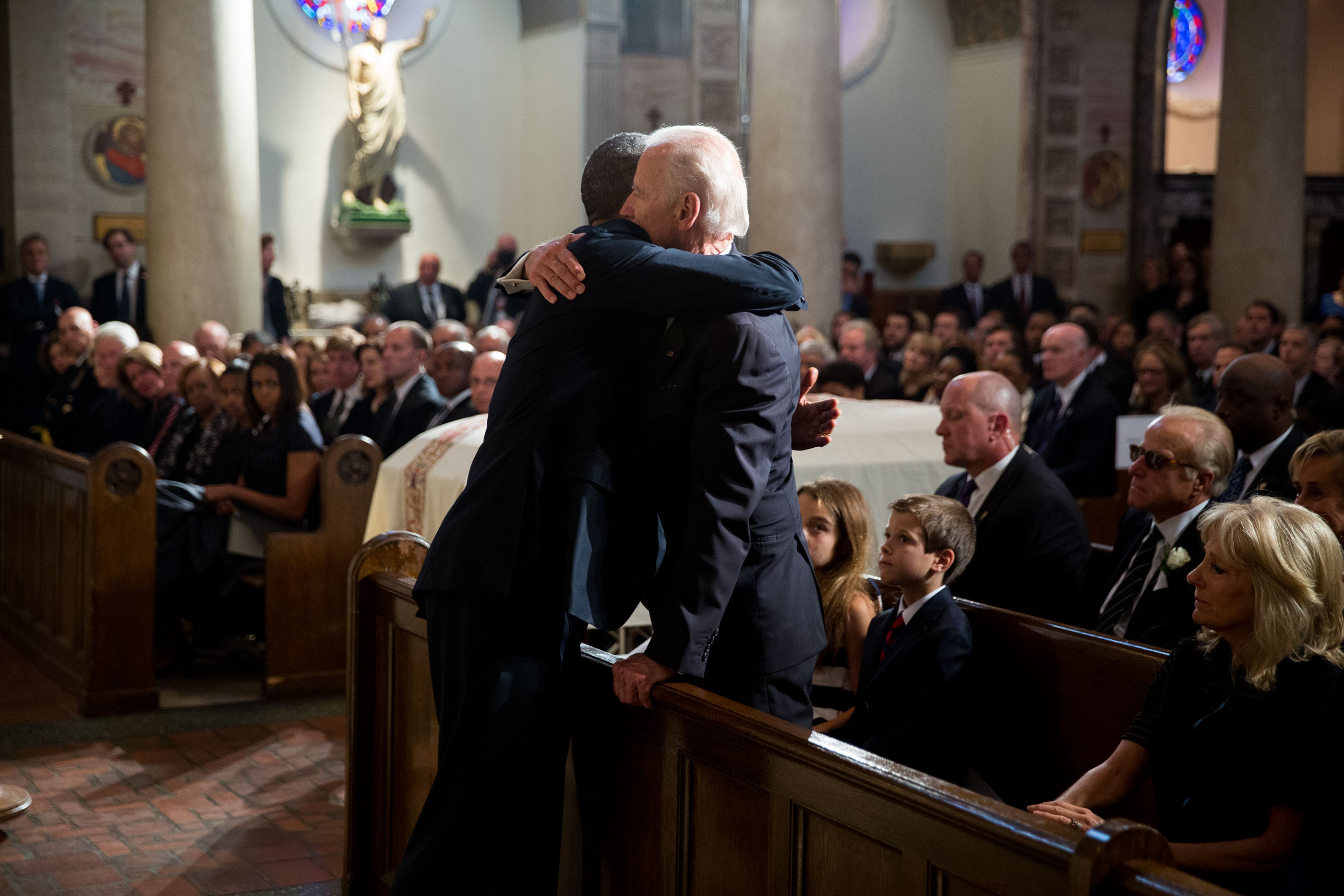 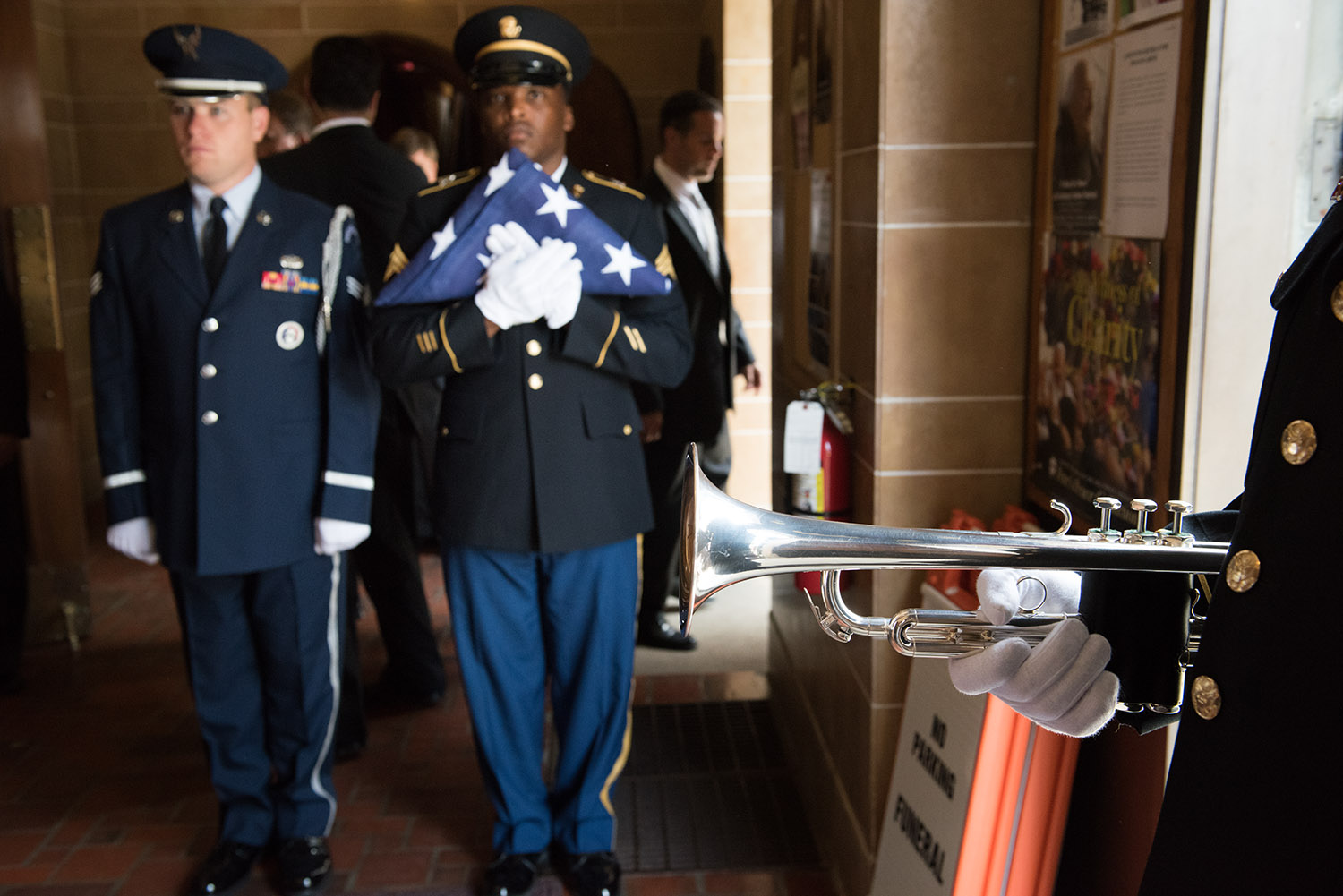 A trumpeter before playing Battle Hymn of the Republic, during the funeral service for Delaware Attorney General Beau Biden, at St. Anthony’s of Padua, in Wilmington, Del. June 6, 2015. (Official White House Photo by David Lienemann) 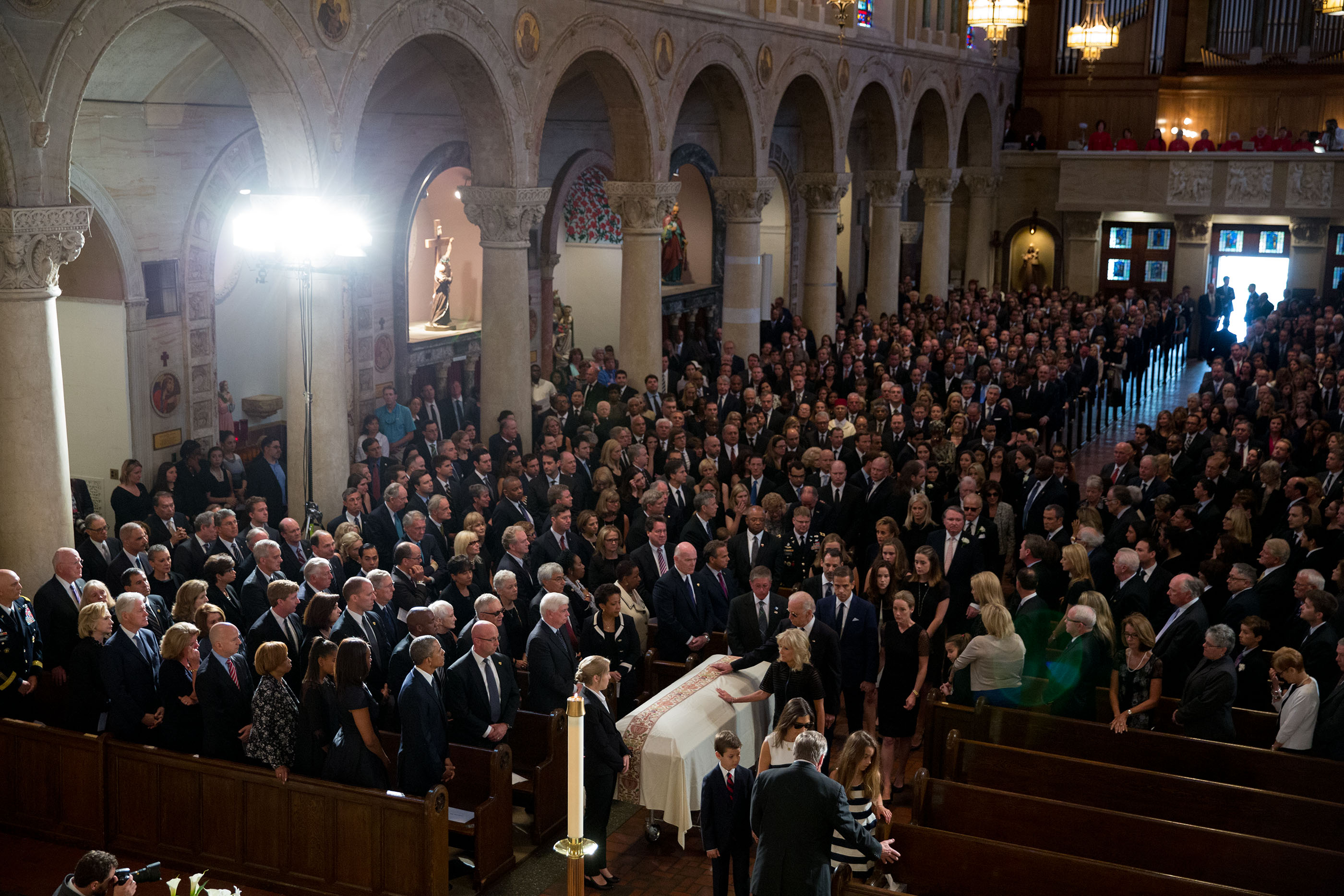 You can share your thoughts, prayers, and a message that will be shared with the Biden family here.