June marks Immigrant Heritage Month -- and people across the country and across the Obama Administration are sharing their American stories. Whether you've recently embarked on your first day as an American or want to share how your ancestors came to arrive here, we want to hear from you. Add your voice to the conversation today.

Immigration is sacred to our nation because our country has long been a beacon of hope and opportunity for people from around the world.  Today, 41.3 million foreign-born residents live in the United States.

Perhaps more profoundly – with the exception of Native Americans – we are all descendants of people who came from someplace else.  Regardless of when we arrived or where we came from, Americans remain bound together by fidelity to a set of ideas that we all are created equal, and that anyone can succeed if they work hard, regardless of the circumstances of their birth.

I recently had the special privilege of being the first to congratulate a group of newly minted American citizens at a naturalization ceremony on Ellis Island.  Each new citizen started his or her own journey in eight different countries. But, one of the new citizen’s journey made this particular ceremony fill a special place in my heart: my father. My father, Michael Donovan, came to this country like so many others.

Armed with a passion for technology and recognizing that America was the best place in the world to get an education, he immigrated to the United States from Peru in pursuit of the American Dream. Once here, he completed a graduate degree in electrical engineering and worked hard to support himself and his family. Today, he is the loving father of five children, a successful businessman, an active member of the local community, and—as of just a few weeks ago—a proud U.S. citizen.

My father immigrated to the United States in 1963. After 52 years, his American Dream has come true. There are millions of similar personal stories shared by friends and families of new American citizens.  But if the moral case for immigration alone is not enough, the economic case is powerful as well.  In November of last year, President Obama said, “For more than 200 years, our tradition of welcoming immigrants from around the world has given us a tremendous advantage over other nations. It’s kept us youthful, dynamic, and entrepreneurial. It has shaped our character as a people with limitless possibilities — people not trapped by our past, but able to remake ourselves as we choose.” 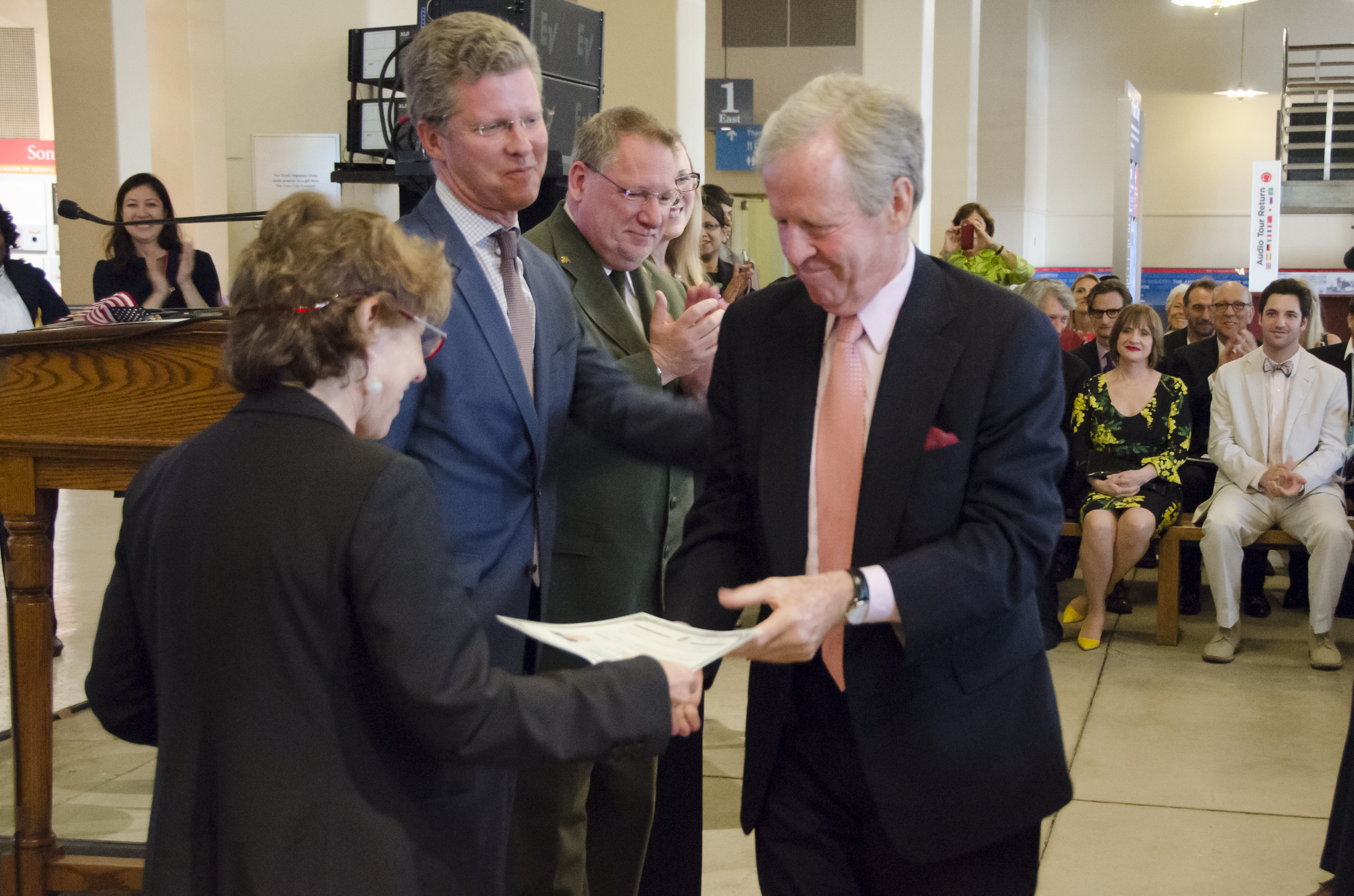 For these moral and economic reasons, President Obama has championed comprehensive immigration reform that would keep this nation true to the words inscribed on the base of the lady of liberty guarding New York Harbor.

Even though the immigration debate in Congress has stalled, the Administration continues to identify and establish common-sense solutions that move forward President Obama’s vision of building welcoming American communities that integrate immigrants and refugees.  As recently as April, the White House Task Force on New Americans outlined a robust strategy that will advance our global competitiveness and that identifies ways to ensure our nation's diverse people are fully contributing to their communities, and welcomed into them. And this month, we are celebrating Immigrant Heritage Month. In his weekly address, President Obama called on Americans to share their story at www.whitehouse/NewAmericans.

I salute everyone who is helping to make the journey to citizenship possible.  From President Obama to the public servants at the National Park Service and U.S. Citizenship and Immigration Services to the friends and families who have supported a loved ones’ journey—everyone is integral to ensuring the American Dream remains possible. As I have personally witnessed through my father’s journey, when given the opportunity and the necessary support, immigrants can realize all that is exceptional about this country. They are the mothers and fathers, shopkeepers and bakers, employees and entrepreneurs who help form the backbone of our communities and our country, and they are as American as each and every one of us.