The Letter Senator Kennedy Sent Me:

June 8, 2015 at 12:30 PM ET by President Barack Obama
Twitter Facebook Email
Summary:
President Obama sent a message to the White House email list, in which he talks about a letter from the late Senator Edward Kennedy on the importance of reforming our country's health care system.

Today, President Obama sent the following message to the White House email list. In it, he talks about a letter from the late Senator Edward Kennedy on the importance of reforming our country's health care system.

Learn more about the history of health care in America here -- and make sure to tune in tomorrow at 11:45 a.m. ET to watch the President's remarks on health care.

Didn't get the email? Sign up for updates here.

On a day in early September of 2009, I received the following letter from Senator Edward Kennedy.

He'd written in May of that year, shortly after he learned that his illness was terminal. He asked that it be delivered to me upon his death.

It is a letter about the cause of his career -- what he called "that great unfinished business of our society" -- health care reform.

"What we face," he writes, "is above all a moral issue; that at stake are not just the details of policy, but fundamental principles of social justice and the character of our country."

Senator Kennedy never stopped asking what he could do for his country. Today, tens of millions of Americans are better for it.

And while Teddy didn't live to see his life's work signed into law, more than five years after its passage, the spirit of his words ring true. This is, fundamentally, about the character of our country. Doing right by one another.

Tomorrow, I will deliver remarks about health care in America. Get a history of where we've been, and let me know you'll be watching. 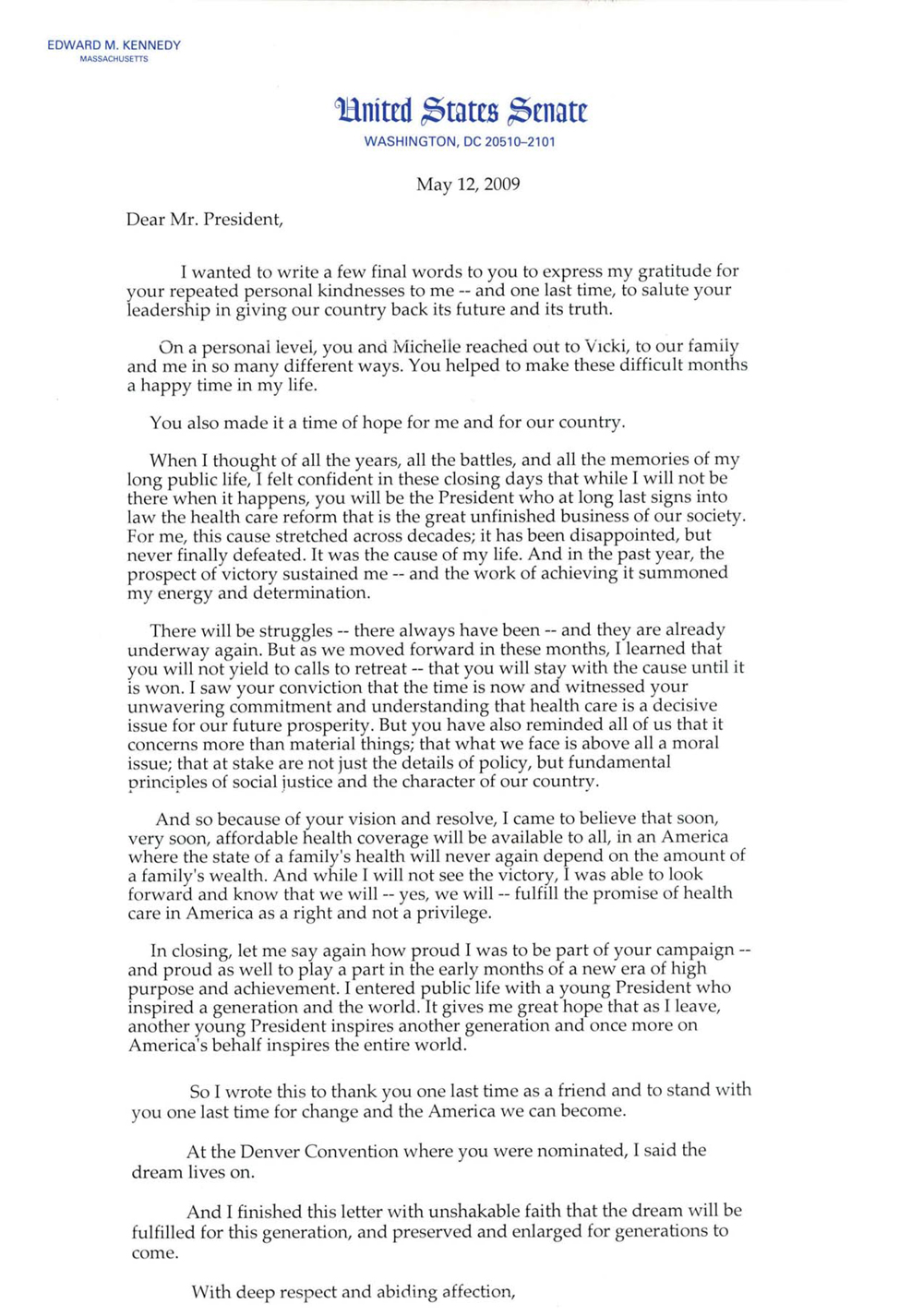