June 8, 2015 at 9:43 AM ET by Ryan Panchadsaram and E.J. Kalafarski
Twitter Facebook Email
Summary:
Last month, the Occupational Safety and Health Administration (OSHA) released a new version of its Heat Safety Tool mobile app for iOS just in time for the summer heat. OSHA’s Heat app is serving as a model of using agile methodologies in government digital services.

Last month, the Occupational Safety and Health Administration (OSHA) released a new version of its Heat Safety Tool mobile app for iOS just in time for the summer heat.

OSHA’s Heat Safety Tool was initially launched in 2011 as a key part of OSHA’s campaign to help outdoor workers prevent heat illness, which sickens thousands and results in the deaths of more than 30 workers each year. The app tells employers and workers about the current conditions outside, the forecasted temperature maximum for the day, and provides information to help users plan work schedules accordingly and take other precautions to help prepare for extreme heat. With nearly 200,000 downloads since its launch, the app has been one of the most successful mobile apps developed by the Federal government. However, the app had not received a major update or new features in the last four years. Because of this, the Presidential Innovation Fellows program began working with OSHA to help modernize the app.

Screenshots from the OSHA Heat app.

The latest version of the Heat app has been rewritten from scratch to be optimized for the latest iOS devices. The new Heat app is built around a fully user-centric perspective: while the old version required complex tapping and searching to get the information workers needed, the current version uses color and a simple, intuitive design that puts the information workers need front and center like a modern weather app. The new app is also Section 508 compliant--so it’s fully accessible to users with disabilities--and is also available in Spanish. In addition, the app collects real-time analytics modeled on the Federal government's Digital Analytics Program. This information enables transparency across the government’s digital properties and provides insight into usage patterns to help improve future versions.

The new version of the app provides a foundation (and a fount of data) that will let OSHA respond agilely to workers with new features and information in updates and future versions. Finally, the app’s code is completely open-source (you can view the source code at the bottom of the page here), so app developers across the country can use the code and improve upon it themselves. 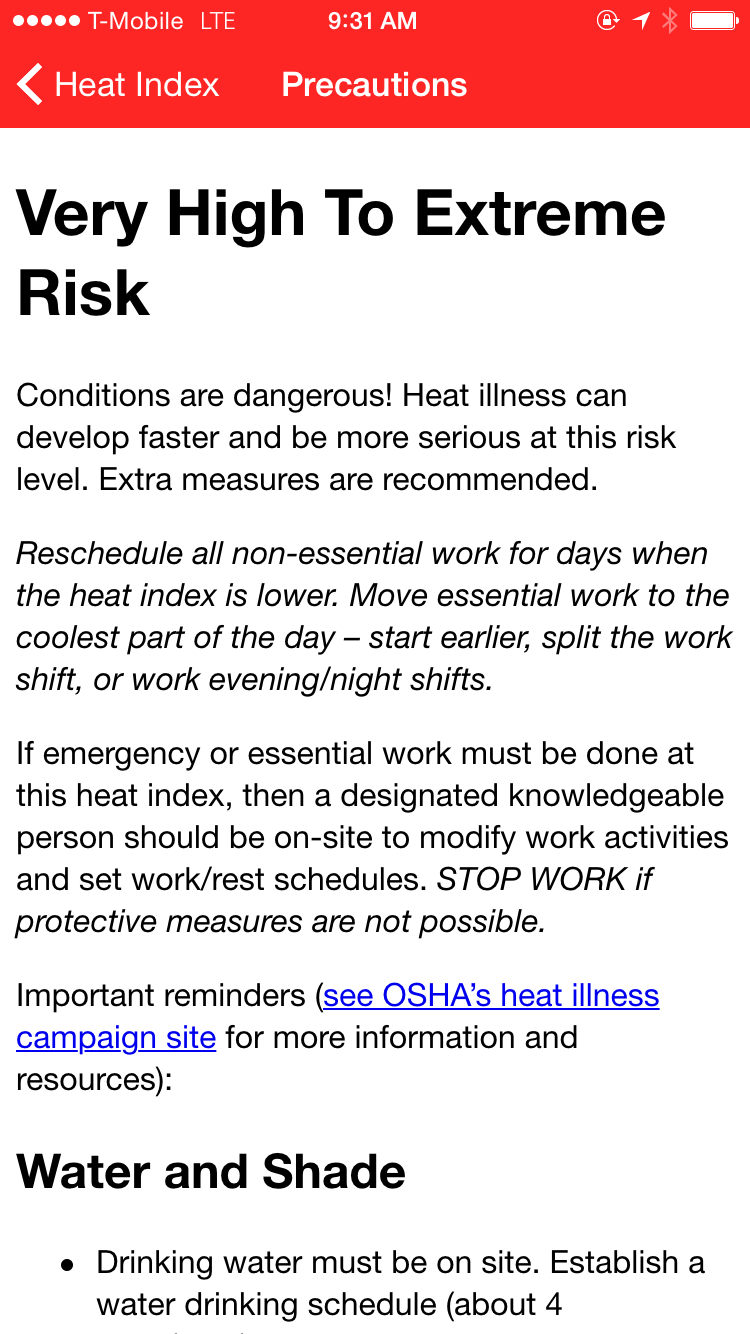 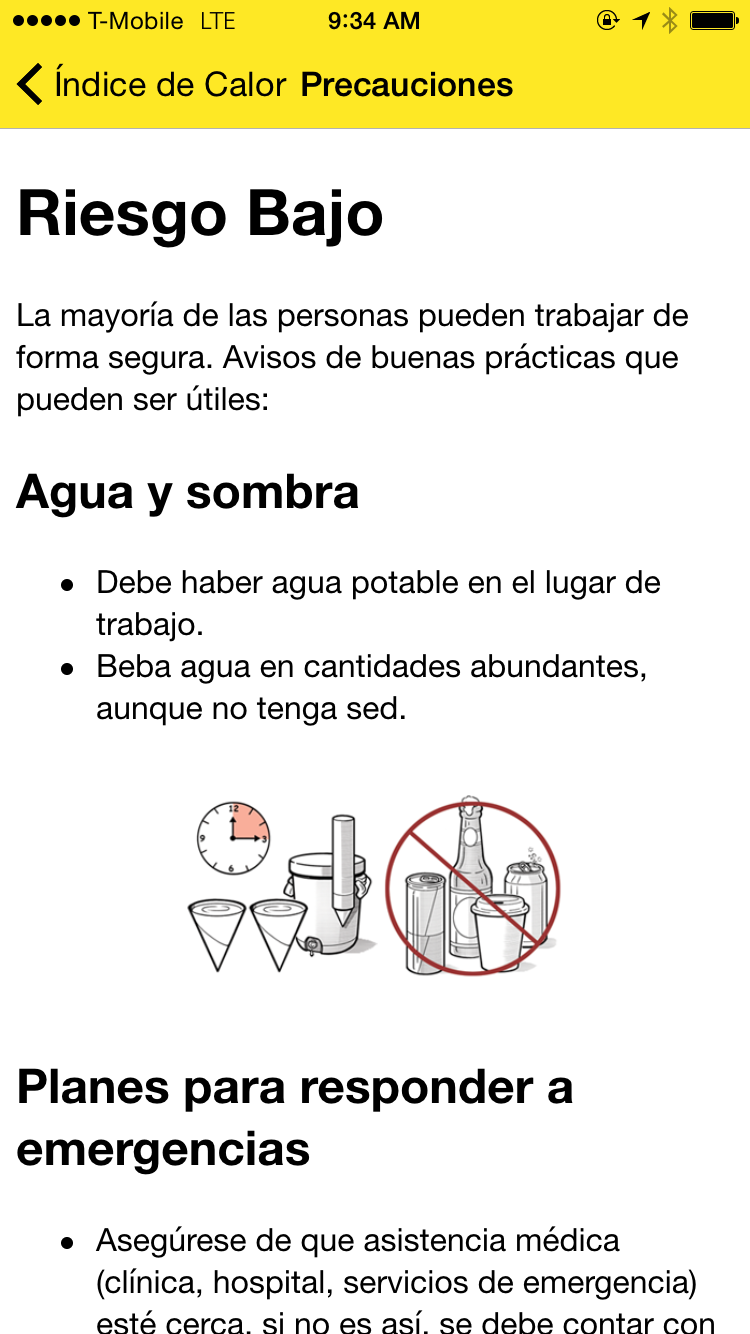 The OSHA Heat app is fully available in both English and Spanish.

The Presidential Innovation Fellows program and its sister organization 18F have made it their mission to show government agencies and the broader community the value of these kinds of smaller, iterative investments in technology updates. Digital services stay most useful and relevant when providers continuously listen to customer feedback and data and use it to quickly provide new features and improvements.

OSHA’s Heat app is serving as a model of using agile methodologies in government digital services. It’s an example of how providing digital services can be cheaper, faster and better with some “hacking” of traditional government thinking and processes.

E.J. Kalafarski is a Presidential Innovation Fellow working with the Department of Labor.

The Presidential Innovation Fellows program is currently on the lookout for the most talented innovators and technologists to work on our nation's most pressing challenges. Acting as a small team alongside federal agency “co-founders,” Fellows will serve for 12 months as entrepreneurs-in-residence, working quickly and iteratively to turn promising ideas into game-changing solutions. Interested? The first step is to apply online (use referral code “Draco” on your application).