At the G7: President Obama’s Trip to Germany 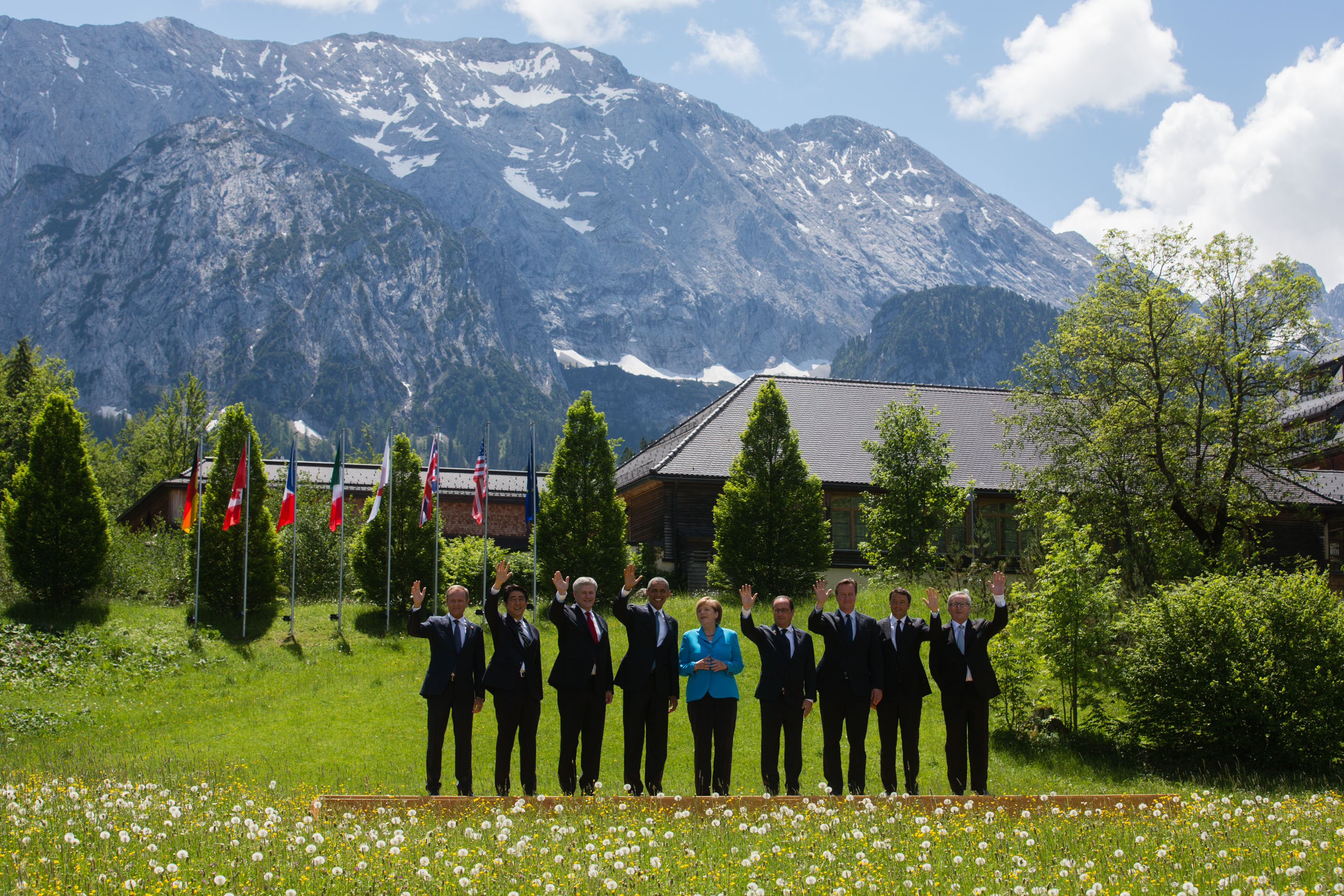 This weekend, President Obama traveled to Krun, Germany, a small village in the Bavarian Alps to meet with the leaders of the Group of Seven (G7).
The G7 is an organization of world leaders, finance ministers, and heads of state from seven of the largest economies in the world - Canada, France, Germany, Italy, Japan, the U.K., and the U.S. - as well as the European Council, EU Commission, and International Monetary Fund.
During its 41st annual summit, the G7 made progress on a number of issues, including the need to move away from fossil fuels, the need to integrate climate risks into development assistance, the desire to forge new trade partnerships, shared support for Ukraine, and the global mission to fight terrorism.

This was the President’s fourth official visit to Germany, and he took some time to take in the local culture:

When President Obama landed in Germany, he was greeted by a group of locals in traditional German dress. 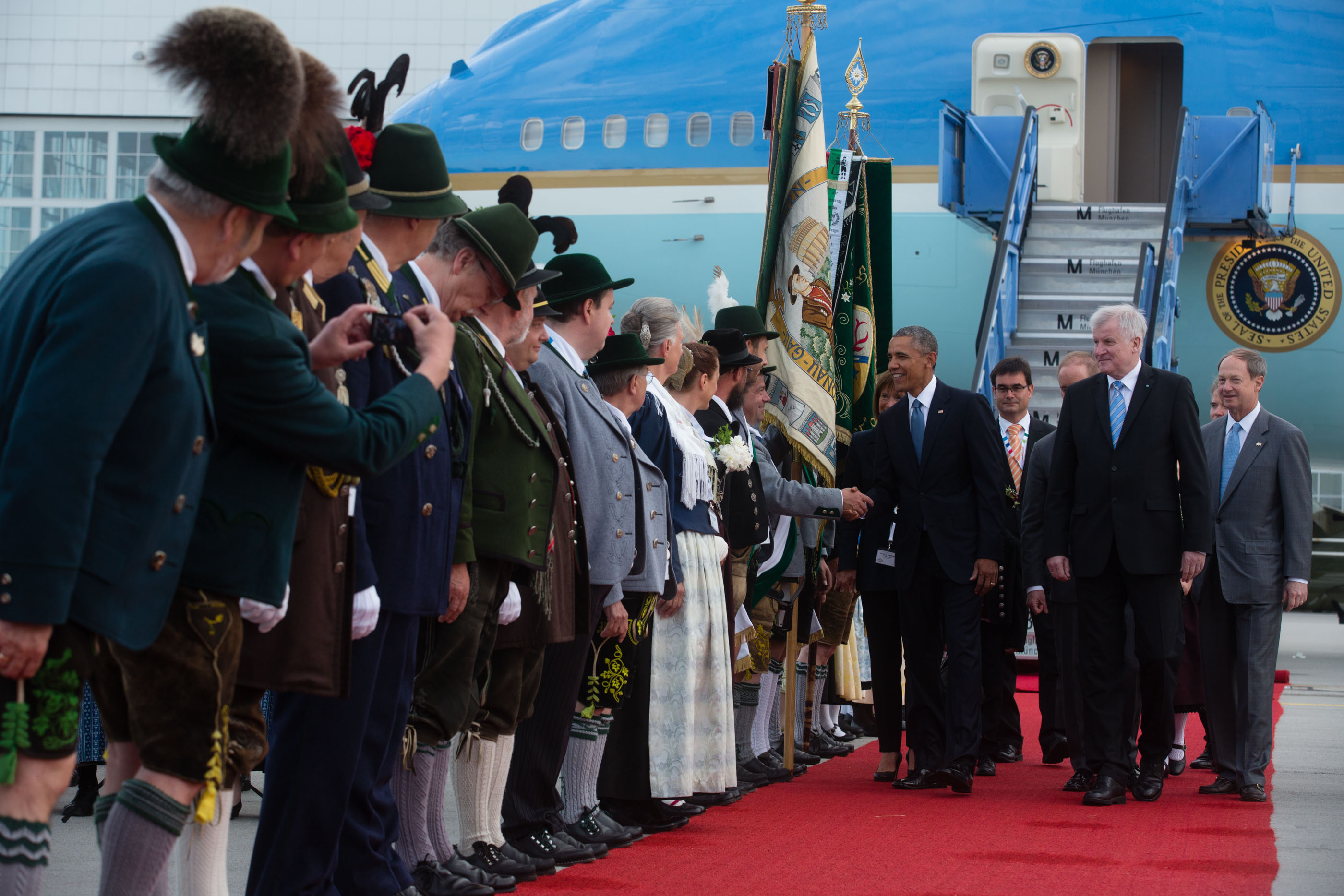 President Barack Obama is greeted by men and women in traditional Bavarian costume during a welcome ceremony upon arrival in Munich, June 7, 2015, ahead of the G7 summit. Germany hosts a G7 summit at the Elmau Castle near Garmisch-Partenkirchen on June 7 and June 8, 2015. (Official White House Photo by Chuck Kennedy)

On his first day in Germany, President Obama met with German Chancellor Angela Merkel to see some of Krun before meetings got underway. 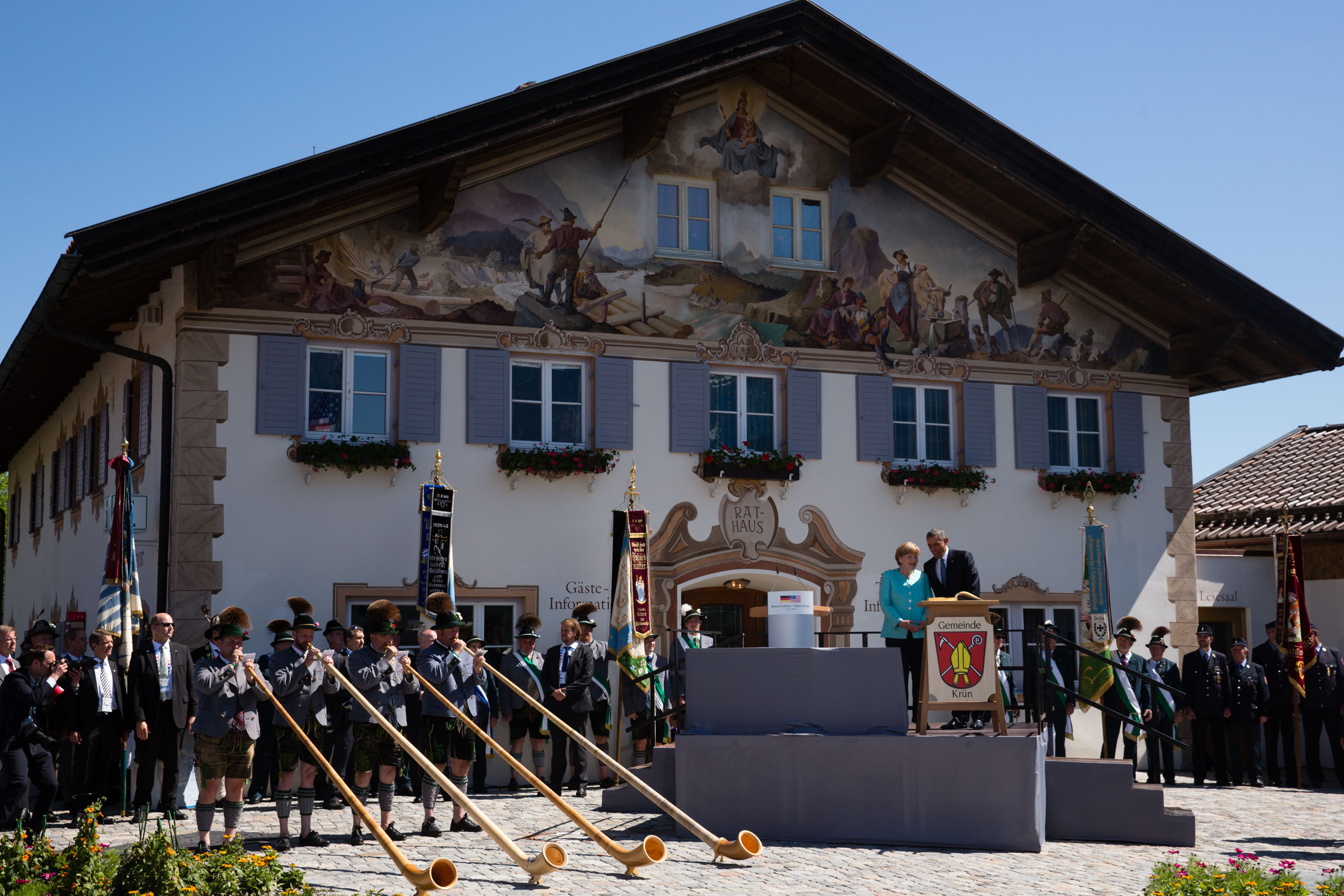 President Barack Obama (R) and Germany's Chancellor Angela Merkel arrive on stage to deliver their speech in the village of Krun near Garmisch-Partenkirchen on June 7, 2015 during a meeting with citizens before the start of a G7 summit. Germany hosts a G7 summit at the Elmau Castle on June 7 and June 8, 2015. (Official White House Photo by Chuck Kennedy)

In the afternoon, President Obama shared a beer and a traditional meal of sausages and pretzels with Chancellor Merkel and her husband Professor Joachim Sauer. 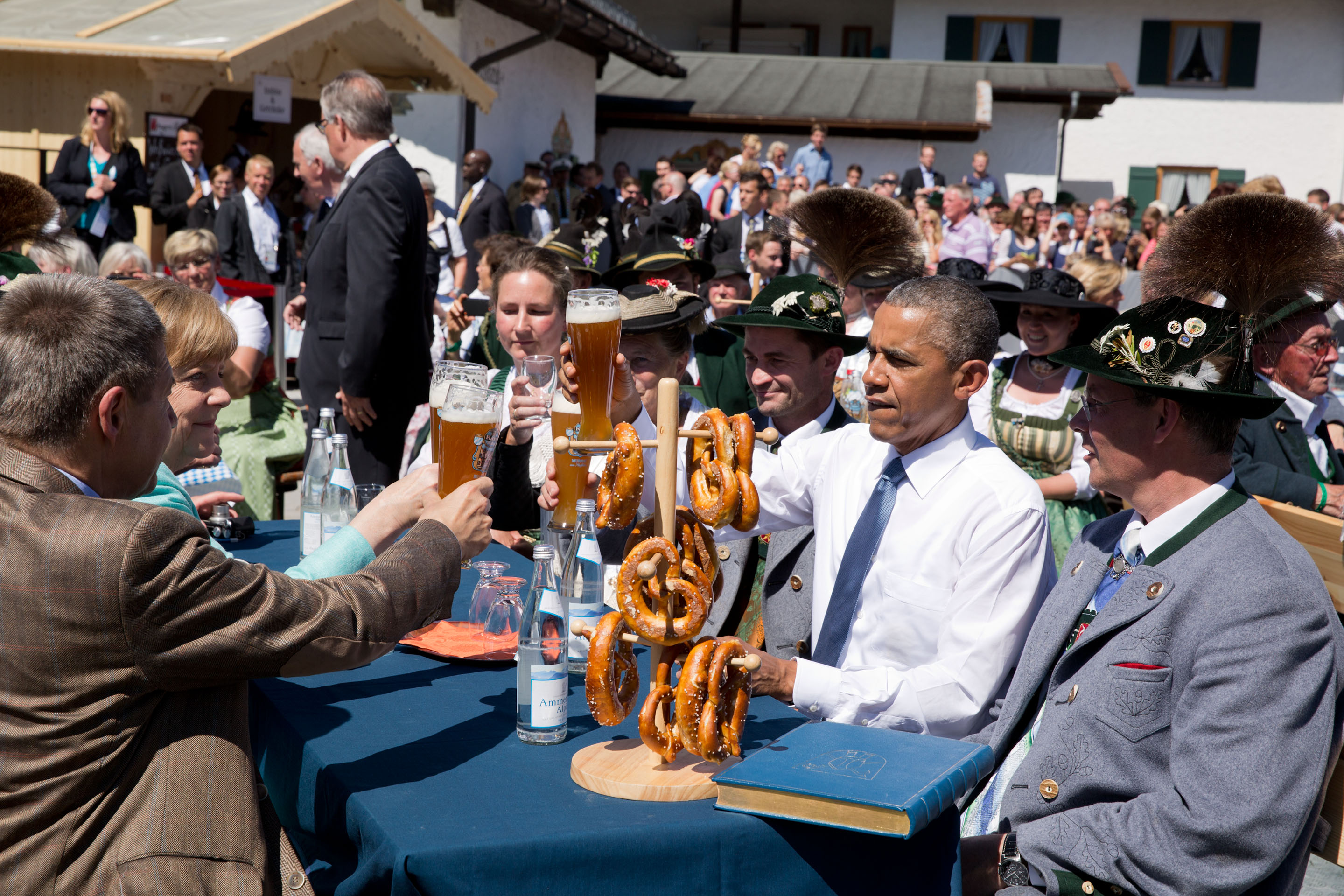 After lunch, President Obama and Chancellor Merkel toured the town of Krun, stopping to chat with locals on their route. 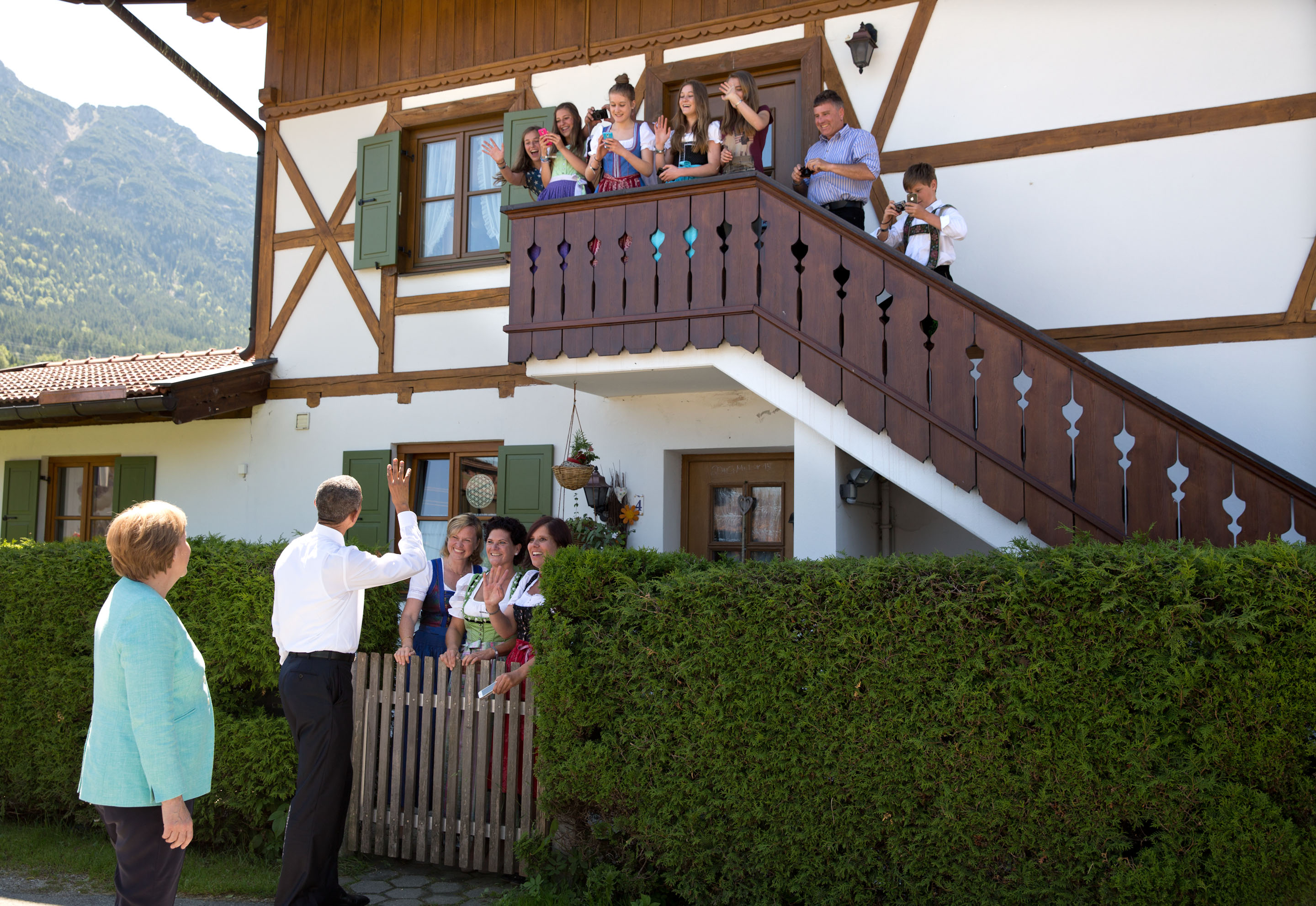 Taking a break from meetings and before dinner, the G7 leaders chatted and took a family photo. 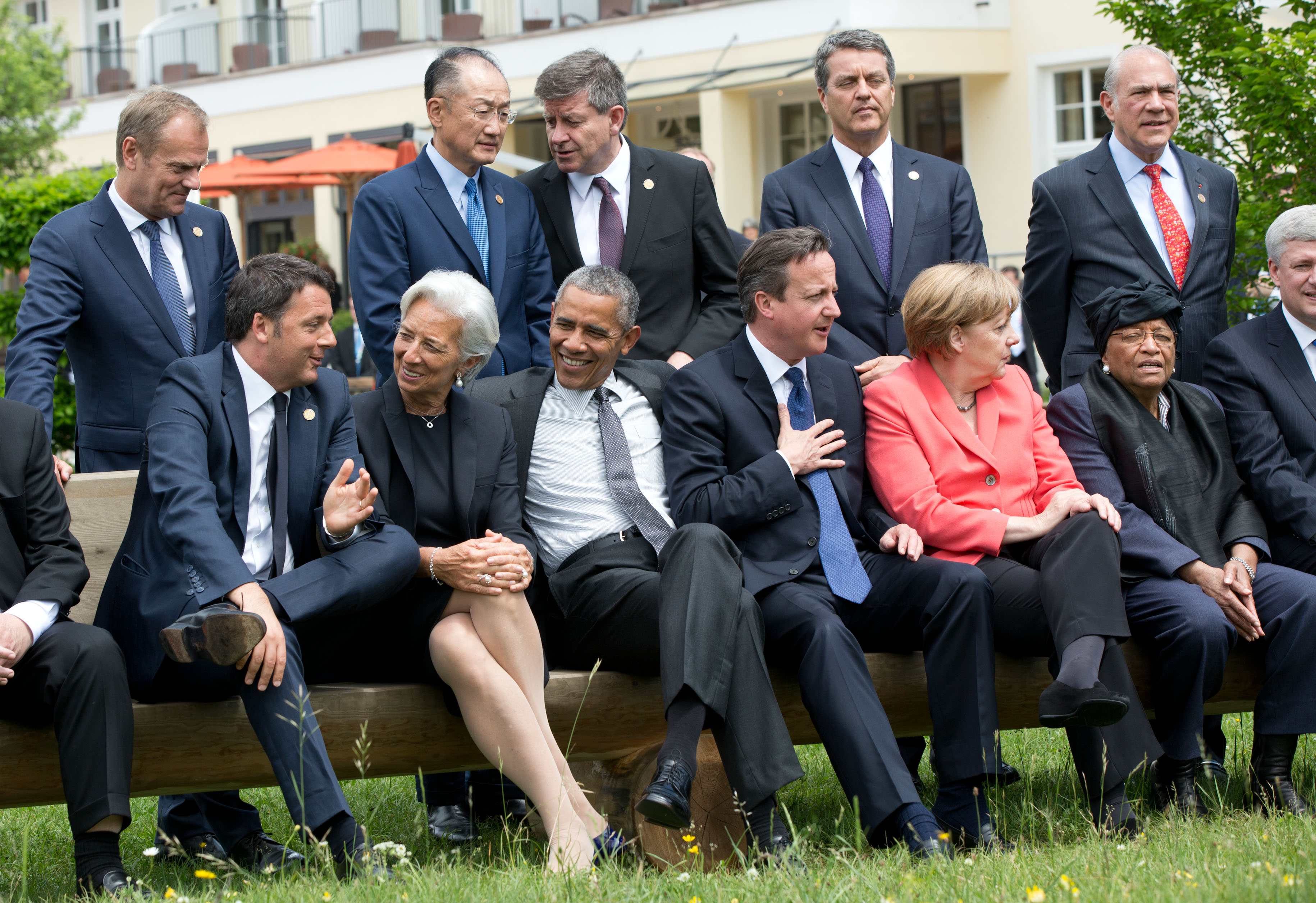