My Day One: From the Streets of Lahore to the Heart of Texas

June 10, 2015 at 9:22 AM ET by Manar Waheed
Twitter Facebook Email
Summary:
In honor of Immigration Heritage Month, Manar Waheed shares stories about her life as the child of immigrant parents. 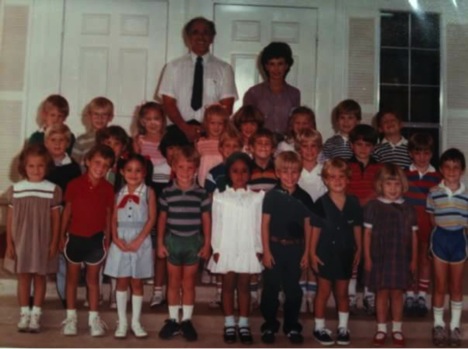 As a kid growing up in Texarkana, Texas, I often tried to pretend I was not an immigrant. I did not even know I was doing it really. Like many other kids, I just wanted to fit in and be a part of a girl scout troop, or a cheerleader, or sleep over at a friend’s house. All these pieces of American culture were foreign to my parents. Aside from differing practices and norms, my family didn’t necessarily talk about being immigrants. We were obviously Pakistani—that was one of the many things about us that stood out in our small town. But, that we were “immigrants” or how we came to be in the United States—those were things that went unspoken, even inside our home. I did not actually know the full story of how my family came to America until much later in life.

Growing up, my father used to sell toys on the street in his neighborhood in Lahore. He was the eldest of eight, struggling to make ends meet, and selling toys after school was one of the ways he helped out. He would go to school every morning, and afterwards, he would sell four or five toys on the side of the road—as many as he could carry in his arms. If he sold one, he came home with one rupee. Today that’s about a penny, but it was worth a little more back then. And my grandmother, so happy for the extra rupee and grateful for her son’s work, kissed that bill when he handed it to her.

School was a priority for my father, but only because he needed to get an office job that could help him support his family. In fact, a dear friend of my grandfather’s secured a typist job at a courthouse for my father, pending his graduation from school at the age of 15. Naturally, between selling toys on the street and helping out with his family, my father had little time to study. So it was no surprise with all those responsibilities that when it came time to graduate school, my father was close to failing one of his classes. As luck would have it, that potential failure became the unlikely turning point in my father’s story. In order to make sure he passed, my father ended up over-studying and doing much better than he expected. Upon learning how well he did, that same friend of my grandfather’s decided that my father should not be a court typist—he wanted him to go to college. Initially, my grandfather was not convinced. They needed my father to work and bring home some income; they certainly could not afford to pay for all the expenses that came with attending college. But my grandfather’s friend would not let up, and ultimately, he not only convinced my grandfather to let my dad go to college, he also paid for my dad’s expenses. All he asked for in return was that my father tutor his children. Of course, my father agreed, but within a few short months, he discovered could not manage both school and tutoring. However, this dear friend of my grandfather’s did not care; he told my father to focus on his studies and continued to pay for his expenses, over the protests of my grandfather. Two years later, my father was first in his class in college and received a scholarship for medical school at the age of 17. And just like that, my father went from selling toys on the street to becoming a doctor. 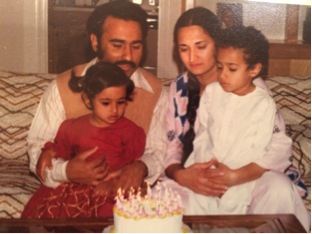 Unsurprisingly, this turn of events changed my father’s life, and in turn, mine as well. After he finished medical school, my father had the opportunity to come to the United States as a part of the J visa program for physicians in 1971. When he married, he was able to bring my mom over to join him here. Eventually, my parents became citizens, largely due to the physician shortage in the United States that allowed them to adjust status. And somewhere in between all of that, they managed to have my brother and me, who were both born American citizens with more privileges and opportunities than my father ever envisioned when he brought his first rupee home.

There are many things that my family never wants to share about our history. As the child of immigrant parents, I was shielded from much of that past—the past that is my family’s immigration story. The past that makes my father the man he is today. Looking back, I think it was an effort to protect me from the struggles of my parents outside and inside America, and to let me dream big, unburdened by that history. Interestingly, it was after learning of my father’s modest beginnings that my dreams grew much larger. Sometimes our pride holds us back from sharing our struggles. And sometimes our pride bursts with how far we have come, urging us towards more. My father’s immigrant story began long before he decided to come to America. His is a story of hard work, opportunity, and most of all, kindness. And it is that journey that shapes my life. 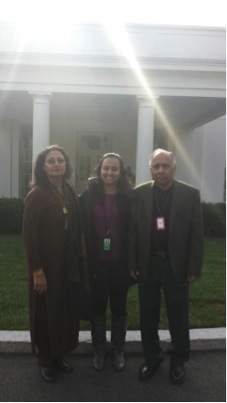