The students have participated in a number of activities over the past year, ranging from résumé workshops in the Roosevelt Room to pick-up basketball games with the President on the White House basketball court. One of the students, who wants to become the U.S. Attorney General one day, had the opportunity to shadow former Attorney General Eric Holder.

The President said the year was "a great, mutual learning relationship between me and these outstanding young people," calling it "a privilege" to hear about the lives, hopes, and dreams of these young men of color.

"They know they’re going to face some obstacles along the way, sometimes some discouragement, because all too often the world underestimates young men like these. They know that their stories and their success can also help change the narrative." 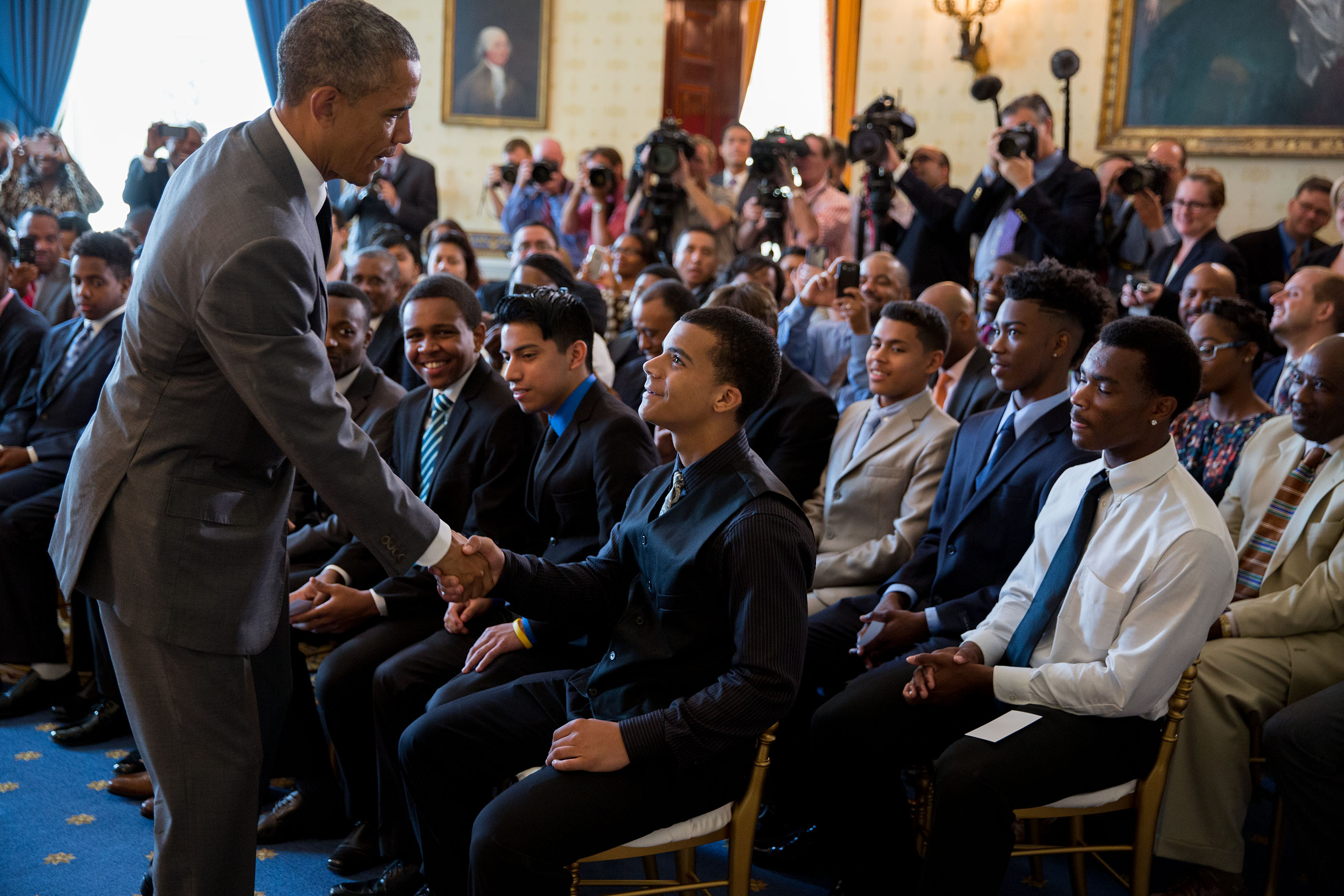 President Barack Obama congratulates each of the mentees following his remarks at the Mentorship and Leadership graduation ceremony in the Blue Room of the White House, June 15, 2015. (Official White House Photo by Pete Souza)

President Obama also gave a special shoutout to the program's graduating seniors -- each one of whom will be heading to college this fall. He went on to explain that we're in the process of expanding the mentee program through My Brother's Keeper, to help more young people, particularly boys and young men of color, succeed.

"We're trying to expand this all across the country, because what we know is when we give outstanding young people like this a chance, they can succeed," the President said. "They just need a little bit of help. They just need a little bit of encouragement. Maybe a contact here or two. A mentor who is willing to show them the ropes. Somebody who is helping them to set their sights high."

"Although they will not be White House mentees after this class, they will always be part of my family and those mentors in our administration who are with them."

Read the President's full remarks, and learn more about the My Brother's Keeper initiative here.

So proud of these White House mentorship grads. Can't wait to see all the great things you achieve. I believe in you! pic.twitter.com/ao6k8ErjHI