This Day in History: The Statue of Liberty Came to America

June 17, 2015 at 2:50 PM ET by David Hudson
Twitter Facebook Email
Summary:
On June 17, 1885, the Statue of Liberty arrived in America, becoming a national symbol of liberty and democracy. 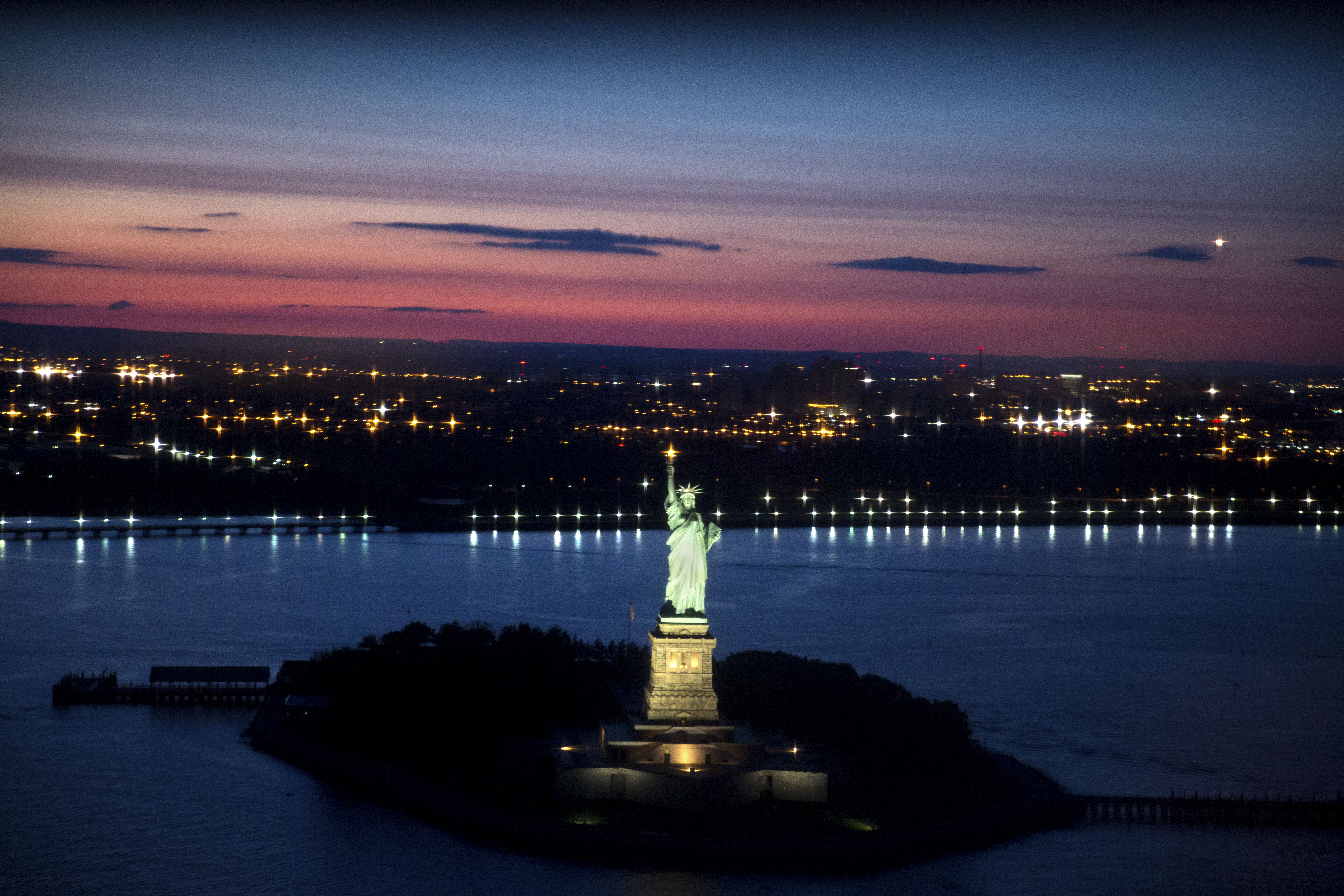 "Give me your tired, your poor,
Your huddled masses yearning to breathe free,
The wretched refuse of your teeming shore.
Send these, the homeless, tempest-tost to me."

The Statue of Liberty, a gift from the people of France, made its way to America on June 17, 1885. The French people, in honor of the alliance between the two countries during the American Revolution, presented the statue to recognize America as a champion of liberty and encourage the French to support the same ideals.

When the statue arrived at New York Harbor, it was housed in 214 crates. After four months, the 350 puzzle pieces were reassembled into the 151-foot tall icon, finding a home on Liberty Island.

Lady Liberty by the numbers: 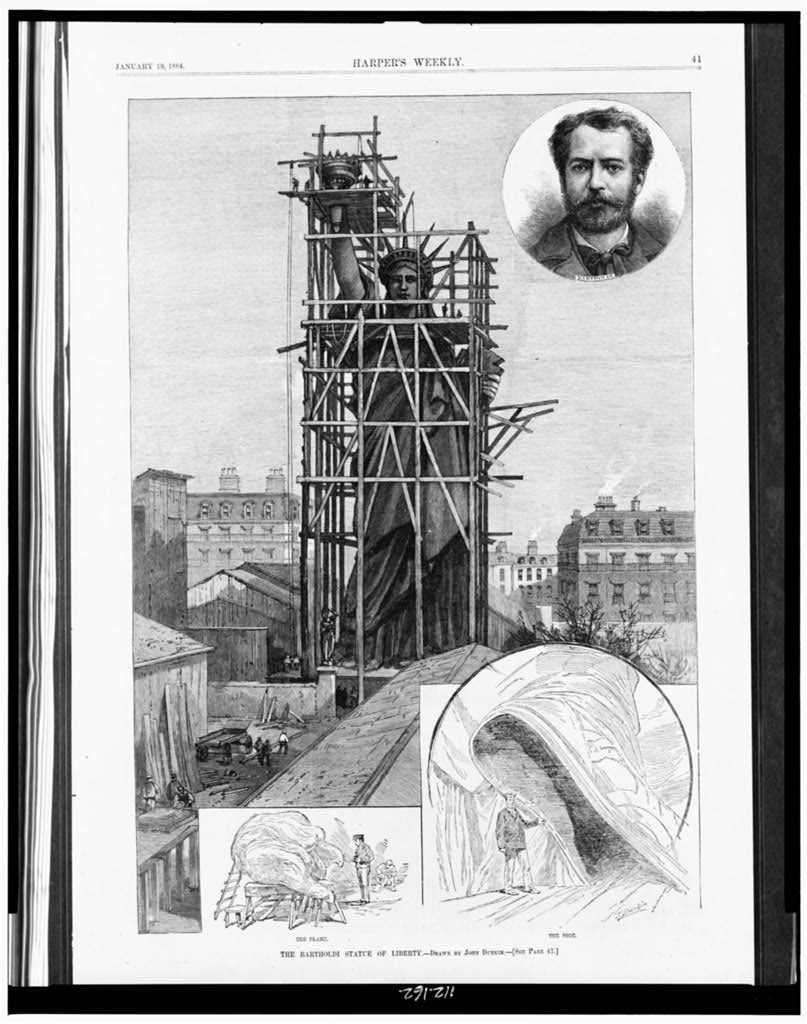 Construction of the Statue of Liberty, showing the statue in scaffolding, man with the flame, man with the foot, and head-and-shoulders portrait of Frederic Bartholdi. (Library of Congress)

The sculpture, forged by Frederic-Auguste Bartholdi, is officially titled Liberty Enlightening the World and is widely recognized as a symbol of freedom and democracy. The statue holds a tablet in her left hand, engraved with the date July 4, 1776 in Roman numerals, which highlights her role as a representation of American independence. She embodies the ancient Roman goddess Libertas, who signifies sovereignty. Hidden beneath her drapes, a broken chain and shackle remain at her right foot, showcasing a commitment to ending oppression.

"We will not forget that Liberty has here made her home; nor shall her chosen altar be neglected."

Just seven years after the statue was constructed, Ellis Island Immigration Station opened as the main Atlantic point of entrance to America. Lady Liberty literally welcomed more than 12 million immigrants to the United States, sharing a vision of freedom and opportunity. After immigrants traveled thousands of miles across the Atlantic, they were greeted by the empowering image and reminded of the determination and resilience of the American people. 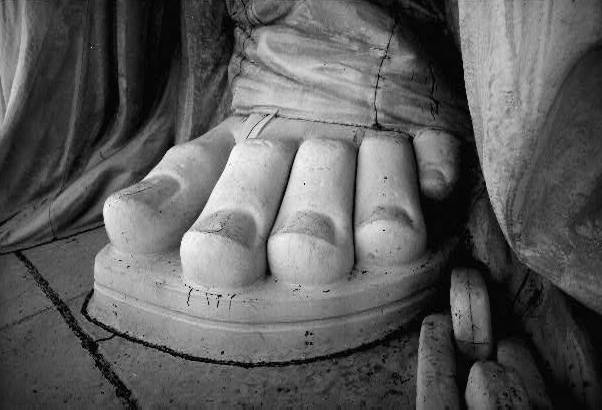