My Day One: A Pledge for My Country

I pledge allegiance, to the flag – of the United States of America.

These were the first words I heard every day; in class, we had to stand up, place our right hands on our hearts, and recite the Pledge of Allegiance every morning before we started class. The thing about pledges is that they instill in you a strong sense of belonging; of identity; and of purpose. I grew to love that morning ritual – for a child who looked different, thought different, and acted different, it gave me a sense of belonging and a sense of place.

On March 25, 1999: that pledge carried a bit more meaning. It was the day I became an American citizen. While most of my friends were thinking about how to convince their parents to let them to go to the Britney Spears or N'Sync concert, I was quietly celebrating that on school forms, I would no longer have to check "Legal Alien." I could finally say "U.S. Citizen." The story, the dream, the hope I had for my life could finally become a reality. 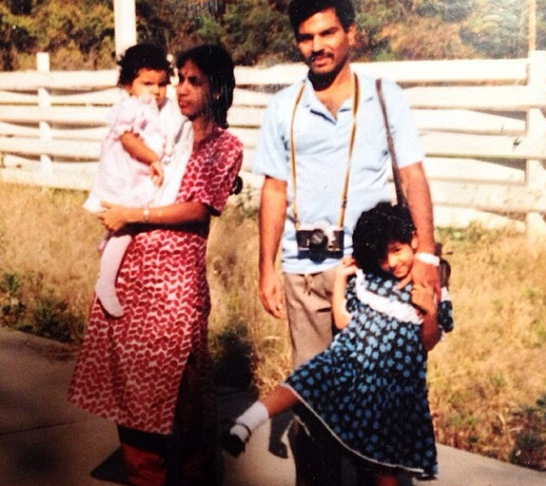 And to the republic, for which it stands.

Growing up as an immigrant meant that I was constantly searching for a singular identity. I spoke two languages, had two sets of cuisines, clothes, friends, and interests – I had a hyphenated life. I grew up with values that many other families around me shared: hard work, integrity, honesty, and hope for a better life. My sister and I would record messages to our grandparents in India, on cassette tapes, telling them stories about what we did in school that day, who our friends were, and what we would do when we visited India next. (This was before e-mail and when the postal mail took way too long.) Those cassette tapes carried much more than our daily ramblings; they were signals from a far away land that we were doing alright, and that this gamble my family had taken was working out. They wanted to prove that in America, both of their daughters could be anything they wanted to be.

As I got older, the stories shared on cassette tapes turned to crackling phone calls and occasional letters, sent by airmail. My grandfather would write us in his beautiful cursive script, asking us how things were doing, and relaying messages from the rest of our family. My sister and I would take turns shouting into the phone, attempting to communicate in what we thought passed for our native language. I turned all of my questions about my identity into stories; stories I would tell myself, my friends, and my family when they asked me what I wanted to do with my life.

Looking back, it’s only natural that I ended up in public service. Both of my grandfathers instilled in their children a strong sense of duty, of selflessness, and of pride in their work. Both of my parents have at some point worked for the federal government and believe strongly that a community is what you make of it. "Love all, serve all" is their motto. So my interpretation of what that looked like was to work to make this country I loved so much, just a little bit better.

I found an identity in 2007 with the first campaign to elect Senator Barack Obama as our next President. I fell in love with the idea that technology could connect people who were organizing to change the world. Four years later, I joined his second campaign and told stories of women, people of color, and immigrants like myself who believed strongly in the vision that he laid out for us. In America, our stories were possible. And I was committed to making those stories a reality for every American who believed it. I found a place serving my country at the intersection of community organizing, technology, and storytelling online. And I’ve never looked back.

Now, I have the distinct privilege of continuing to serve my country by serving as a member of the HQ team at the U.S. Digital Service, a team at the White House charged with using the best of product design and engineering to transform the way government works for American people. My job is to tell stories of our users – the American people – and connect them with the answers they are seeking. If I can inspire one person to think that if they speak up, they can make the change they want to see, then I have done my job. 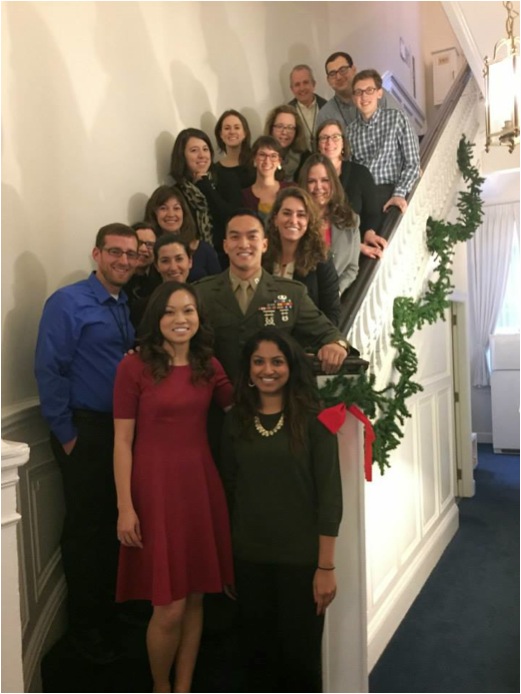 With liberty, and justice for all.

I think often about how scared, nervous, and excited my parents must have been before they came to this country with a small child. All of their hopes and dreams, every worry and expectation, all wrapped up in their daughter. And everyday, I am so proud to be living not only my dream, but theirs as well.

As a proud Indian-American, I am here to tell you that in America, our stories are possible. Our stories are beautiful, hopeful, wonderful, and exhilarating – and I can’t wait to hear all of yours.