June 18, 2015 at 2:02 PM ET by Jo Handelsman
Twitter Facebook Email
Summary:
Yesterday, President Obama met with 14 scientists and engineers and the representatives of a STEM mentoring organization who exemplify what it means to be an effective STEM mentor: the latest winners of the Presidential Award for Excellence in Science, Mathematics, and Engineering Mentoring (PAESMEM).

When I was in 10th grade, my biology teacher, Mr. Postiglione, gave me a newspaper clipping about breeding corn to increase its nutritional value as a staple food. Mr. P. knew that I wanted to study plants and instinctively recognized that I would be interested in the global application of plant genetics described in the article. Little did he know that I was so inspired by the article (which, by the way, was posted over my desk for more than a decade) that it initiated my lifelong passion for agriculture and determined my professional trajectory. Mr. P. was a mentor of the best kind – he thought about my interests, never imposing his own hopes on me. And at a time when others discouraged girls from pursuing science, Mr. P. showed his faith in me by thoughtfully, over his morning coffee and newspaper, finding just the right spark to ignite my imagination and impel me toward many goals throughout my scientific career, even today.

So I know firsthand just how powerful the impact of mentoring can be for students in science, technology, engineering, and math (STEM). And I couldn’t be happier to work for a President who appreciates the importance of STEM mentoring as well.

Yesterday, President Obama met with 14 scientists and engineers and the representatives of a STEM mentoring organization who exemplify what it means to be an effective STEM mentor. They are the latest winners of the Presidential Award for Excellence in Science, Mathematics, and Engineering Mentoring (PAESMEM), an award presented by the White House to individuals and organizations to recognize the crucial role that mentoring plays in the academic and personal development of students and young professionals in STEM – particularly those who belong to groups that are underrepresented in STEM disciplines. 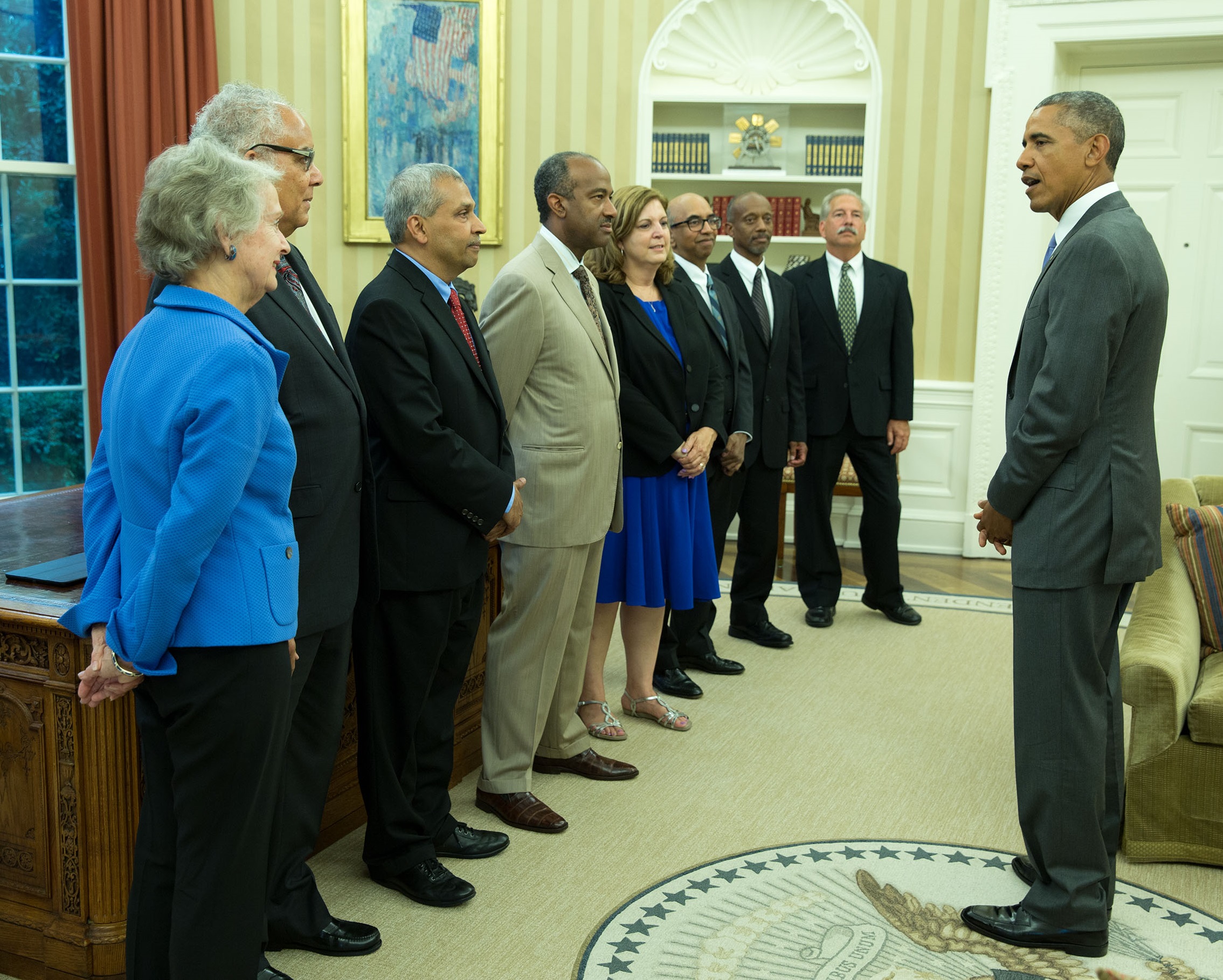 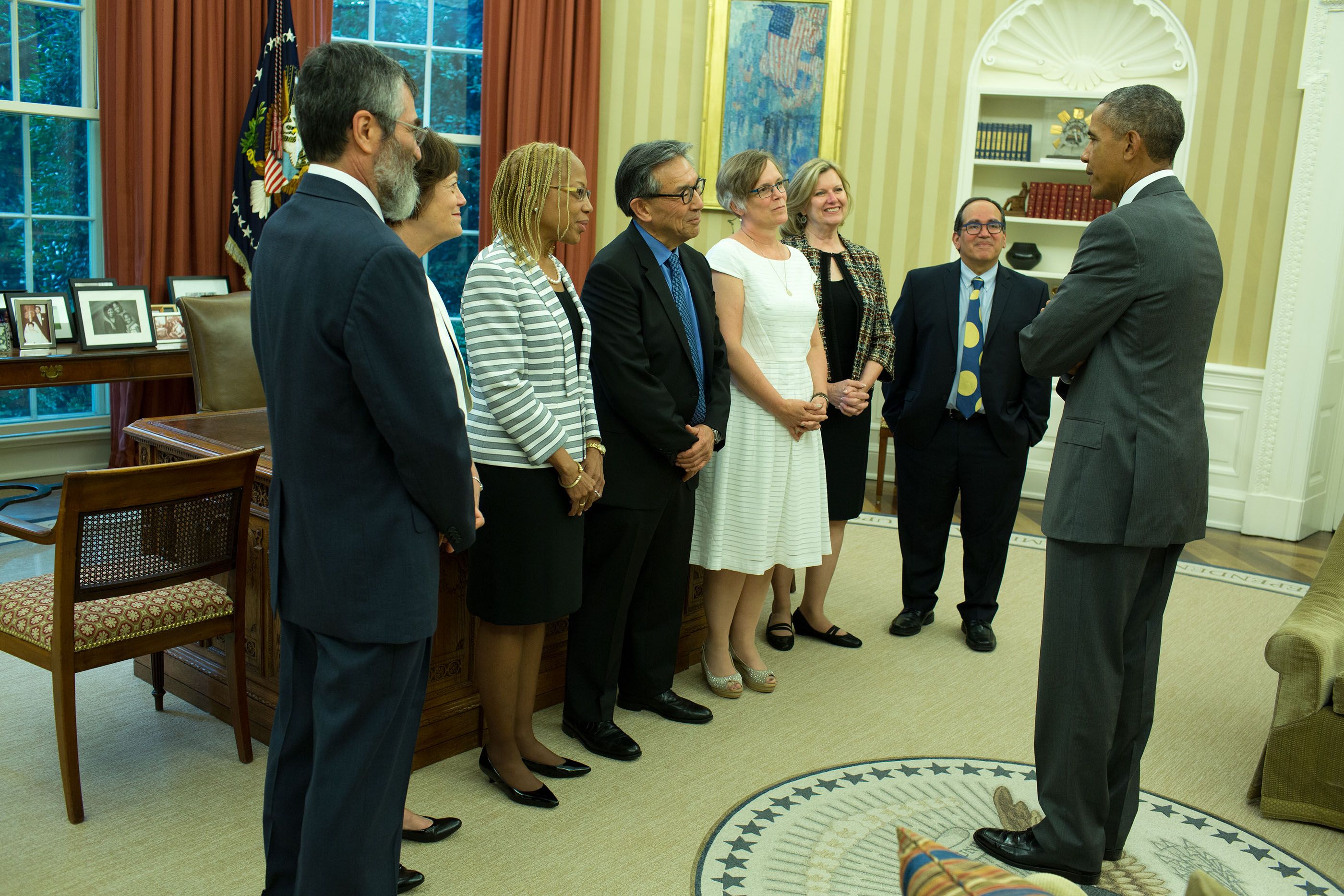 By offering their expertise and encouragement, mentors help prepare the next generation of innovators and develop a science and engineering workforce that reflects the diverse talent of America. At yesterday’s PAESMEM awards dinner, hosted by the National Science Foundation, I was honored to have the chance to meet some of the most dedicated and inspiring mentors in the country, including:

There isn’t room here to do justice to all of the awe-inspiring work of the PAESMEM awardees, so I urge you to read about their accomplishments here.

Throughout his Administration, President Obama has made it a priority to engage the Nation’s full talent pool in science, technology, and innovation. That’s why, in addition to recognizing outstanding STEM mentors with the PAESMEM awards, this Administration has taken broader action to ensure that all of America’s young people have the skills, tools, and knowledge necessary to build a bright tomorrow.

Just last Friday, for instance, the President proclaimed a National Week of Making, with events that helped people see how discovery, design, and advanced manufacturing can empower them to solve real-world challenges, thereby encouraging them to pursue STEM subjects in school and in their careers. And the President’s call to action to the 200,000 scientists and engineers working for the Federal government to engage in high-impact volunteering alongside STEM educators has motivated private companies, academic institutions, and non-profit institutions alike to make their own contributions to support STEM learning.

As the President remarked earlier this week: “One of the things that I think we all have to understand as a country is that we all do better when everybody has a shot. The idea that somehow we succeed on our own is just not true.” So join me in applauding the PAESMEM winners, and all of the many people in our country who are working to help others succeed.

Postscript: In the course of writing this blog, I discovered that Mr. P. died in 2005. How I would love for him to read this and know that the effects of his mentoring a 14-year-old-girl decades ago live on, fueling a lifelong love of plant breeding and eventually shaping U.S. agricultural policy. So I also pay tribute to Mr. P. by honoring the very special mentors I met this week.

Click here to learn more about the most recent PAESMEM awardees.

Jo Handelsman is Associate Director for Science at the White House Office of Science and Technology Policy, and a former PAESMEM awardee.