50 Years Later, AFI is Back at the White House:

June 19, 2015 at 11:24 AM ET by Bob Gazzale
Twitter Facebook Email
Summary:
2015 marks the 50 year anniversary of the American Film Institute, which was founded in the White House Rose Garden by President Lyndon Johnson. A few members of the Administration share their favorite movies and documentaries. 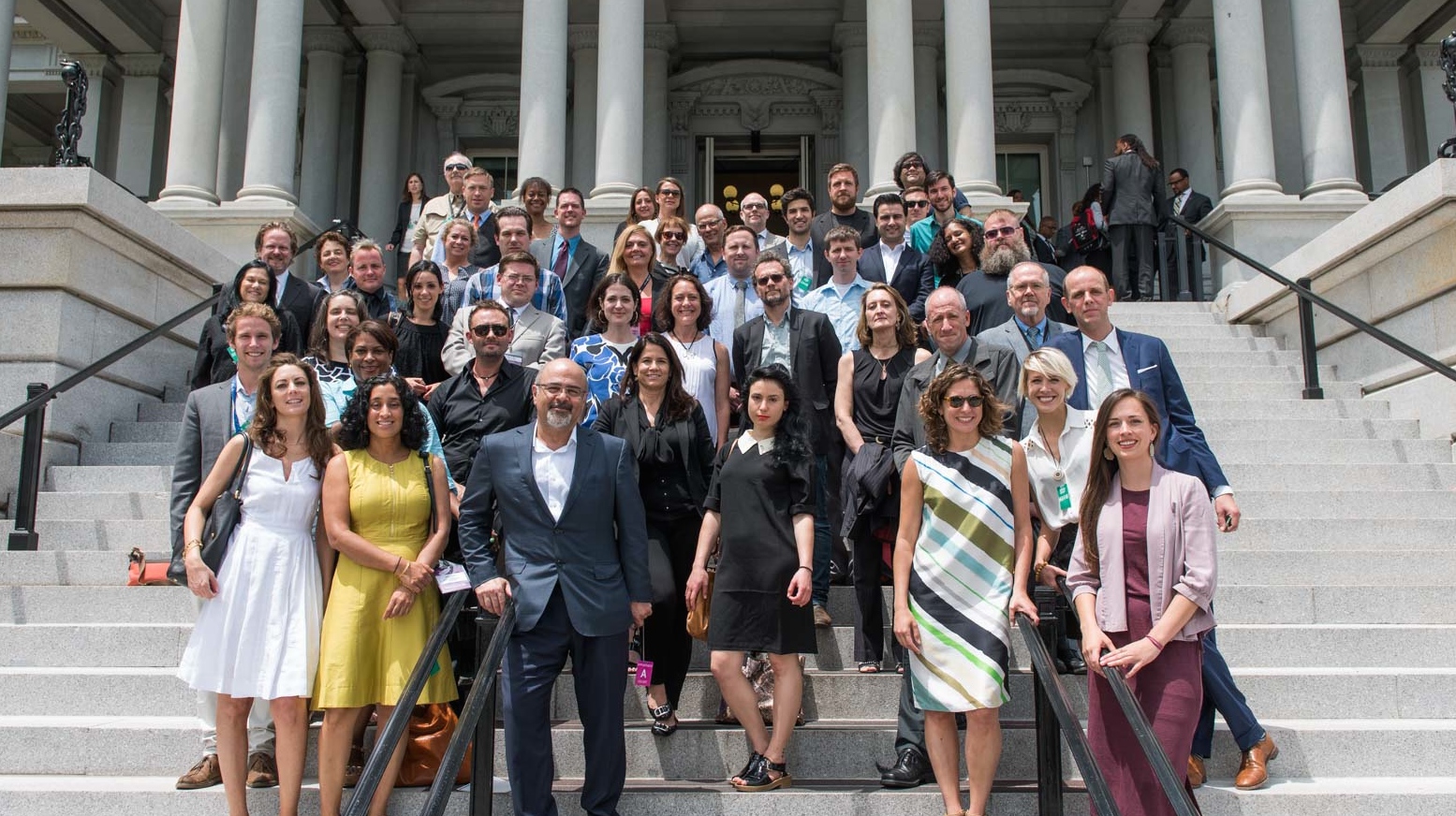 2015 is a momentous year for the American Film Institute.

It was 50 years ago – this very year – that President Lyndon Johnson stood in the White House Rose Garden and said, “We will create an American Film Institute,” to preserve the heritage of the motion picture, to honor the artists and their work and to educate the next generation of storytellers.

And so we have – and so we continue – to celebrate the past and to carry the torch for the art form into the future.

Our immediate future is AFI DOCS, an international festival of documentary film held here in our nation’s capital.  Over these five days, we’ll screen more than 80 non-fiction films, from World Premieres to powerful stories that AFI believes need to be seen and discussed. And not only discussed – but discussed here in Washington, DC.

Which is why we are honored to partner with the White House for a third year to bring these storytellers together with White House officials to talk about the topics of our shared story, like education and mentoring, women and technology, working families and immigration. How do we work together to ensure these important issues are explored and communicated with a nation eager for answers? Our singular goal is to have these films find an audience that can help make a difference. Here in these great United States, that could be anyone -- from Senator to student.

Here at the White House (like any house, really), there are great fans of movies and documentaries. A quick survey this week yielded the following all-time favorites from a few members of the Administration:

"I was taken in by "Requiem for the Big East" because I first watched Big East basketball on ESPN as a budding college basketball fan in Kansas City in the mid-1980s. It wasn't until I saw the documentary that I realized my "discovery" was shared by millions of Americans who, at the same time, were drawn to this unique brand of hoops for the same reasons I was."

"It shows that when you give kids an opportunity to be about something larger than themselves, it helps them shine in every aspect of their lives."

"I'm a big fan of photojournalist James Nachtwey and this film gives us insight to how he works. I'm also hoping to see the recent documentaries 'Finding Vivian Maier' and 'The Salt of the Earth.'"

"The characters that inhabit this film are so unique that I didn't realize that this was a documentary till about halfway through. The year is 1996, and story follows Mark -- a young, blue collar man living with his folks in Wisconsin who is trying to get two different horror movies shot and released. Mark's persona and passion for filmmaking drag you through very personal triumphs and failures and make for a truly one-of-a-kind doc."

We’ll report back, but know in the interim that the good work continues at AFI.  From the seeds first planted in the Rose Garden, the Institute continues to blossom and grow in a manner worthy of the art form.

See you at the movies!