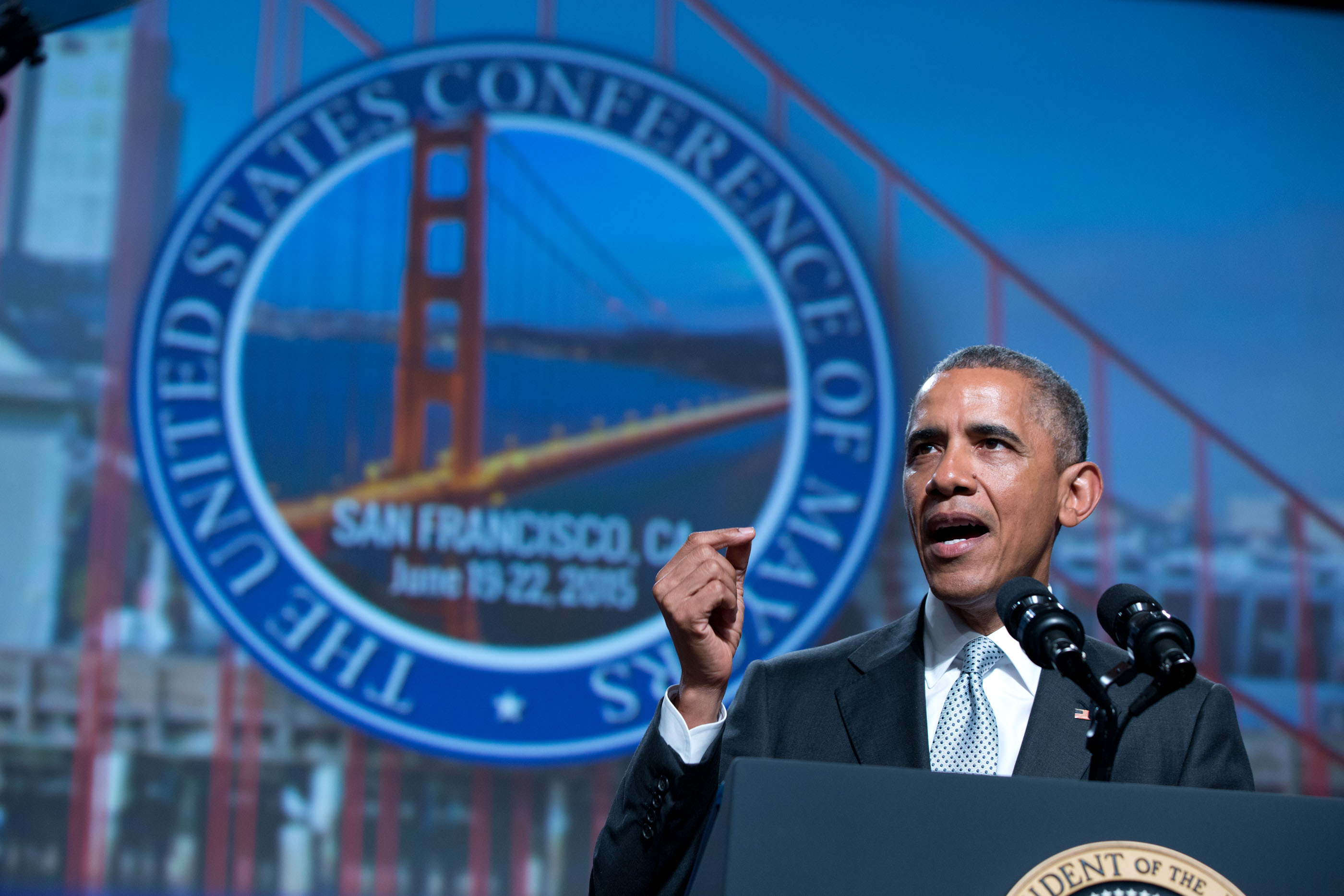 Earlier this afternoon, President Obama addressed the annual meeting of the U.S. Conference of Mayors in San Francisco.

At the beginning of his remarks, the President took a moment to discuss this week's shooting in Charleston -- noting that the "apparent motivations of the shooter remind us that racism remains a blight that we have to combat together."

He went on to explain how these types of tragedies have become too commonplace in our society, and that it's past time for us to enact common-sense gun safety reforms.

"It is not good enough simply to show sympathy." —@POTUS on the need to take steps to reduce gun violence http://t.co/J0dvsEtLMz

"It is not good enough simply to show sympathy. You don't see murder on this kind of scale with this kind of frequency in any other advanced nation on Earth. Every country has violent, hateful, or mentally unstable people. What's different is not every country is awash with easily accessible guns. And so I refuse to act as if this is the new normal."

The President also highlighted some of the great progress across the country on issues such as:

But he implored the mayors not to stop now, "because we’ve still got a lot more work to do." Two of the main issues he highlighted were rebuilding infrastructure, and fighting climate change.

We can keep paying the costs of patching over our existing infrastructure -- more expensive, less efficient, leading to higher commute times, more waste. That’s an option. Or we can create tens of thousands of jobs right now building a 21st century infrastructure that makes us competitive well into the 21st century.

That’s what we need to do. We just got to convince Congress to make it happen. And I need mayors to help, from all across the country. Put some pressure on Congress to get this done.

We’ve got to keep pushing to prepare for the impacts of climate change -- because it’s science.  It’s a fact.  It’s like gravity.

A lot of cities have gone far ahead of states on this issue -- along with states. You’re making a difference right now. You’re not waiting for Congress.  Mayor Roy Buol is here from Dubuque, Iowa. They’ve set a target to reduce their greenhouse gas emissions 50 percent from 2003 levels by the end of the next decade. Just met with Governor Jerry Brown. He’s talking about how California, which so often has been a leader on environmental issues, is looking to partner and make a difference internationally.

"It's science. It's fact. It's like gravity." —@POTUS to the @USMayors on the need to #ActOnClimate pic.twitter.com/d4zG5nD7MK