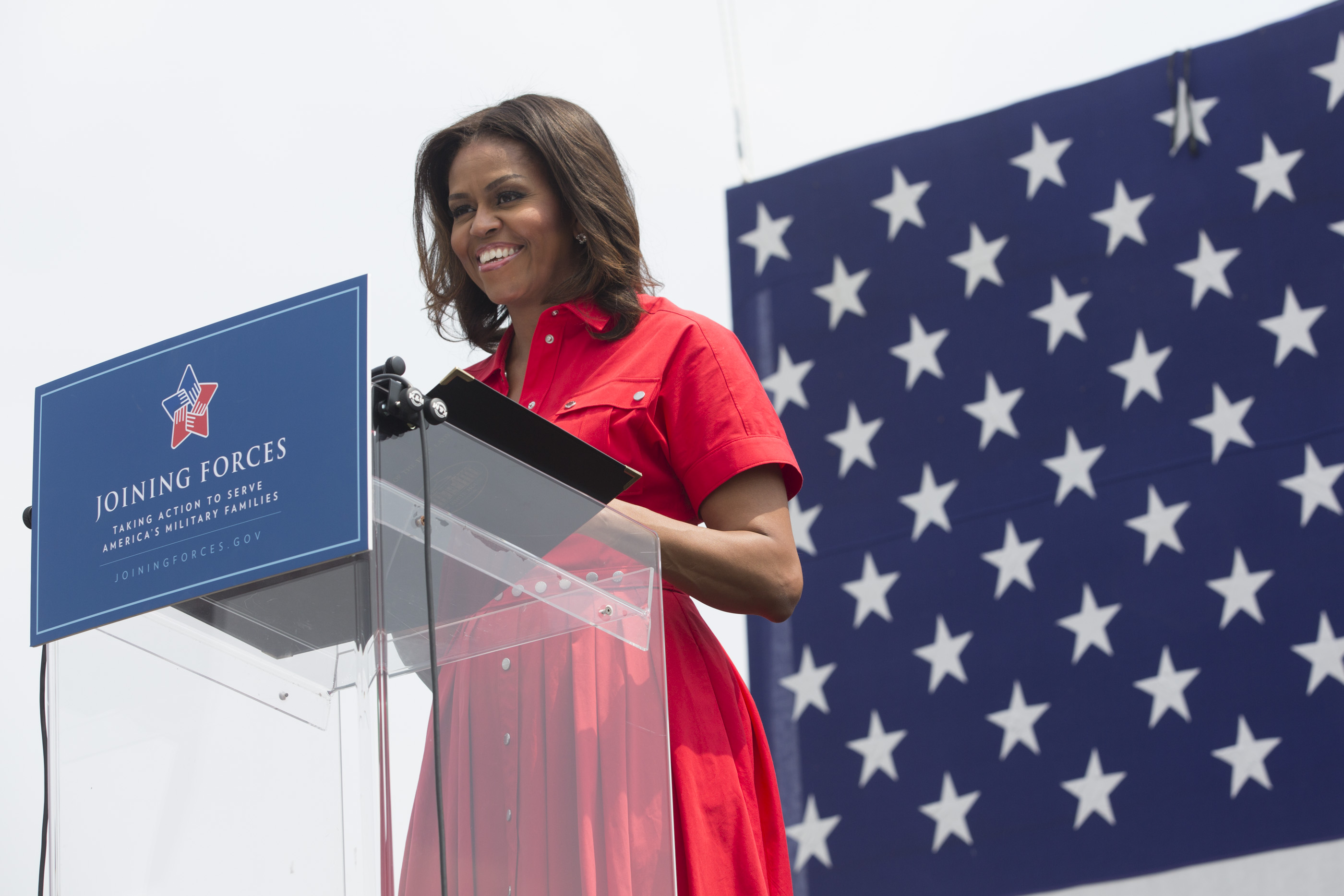 Today the First Lady and her daughters, Malia Obama and Sasha Obama, and her mother, Marion Robinson, visited the military service members and families stationed at U.S. Army Garrison Vicenza, Italy. Knowing that children of military families face unique challenges when their parents are deployed, the First Lady began her visit by meeting with the children of service members. This portion of the event was part of “Books on Bases,” a partnership between Disney and Blue Star Families aimed at positively impacting the lives of military children through the power of reading. Mrs. Obama and her daughters met with more than 300 military-related children and read them two books. The First Lady and the Garrison Commander, Colonel Robert Menist, shared a book titled Don’t Play with Your Food, while Sasha and Malia Obama read the children Unicorn Thinks He’s Pretty Great. This fun and engaging event, featuring Mickey Mouse himself, focused on the positive power reading can have on the children’s outlook on life during times of parental separation. In addition, each child in Grades 1-3 went home with a selection of books donated by Disney. 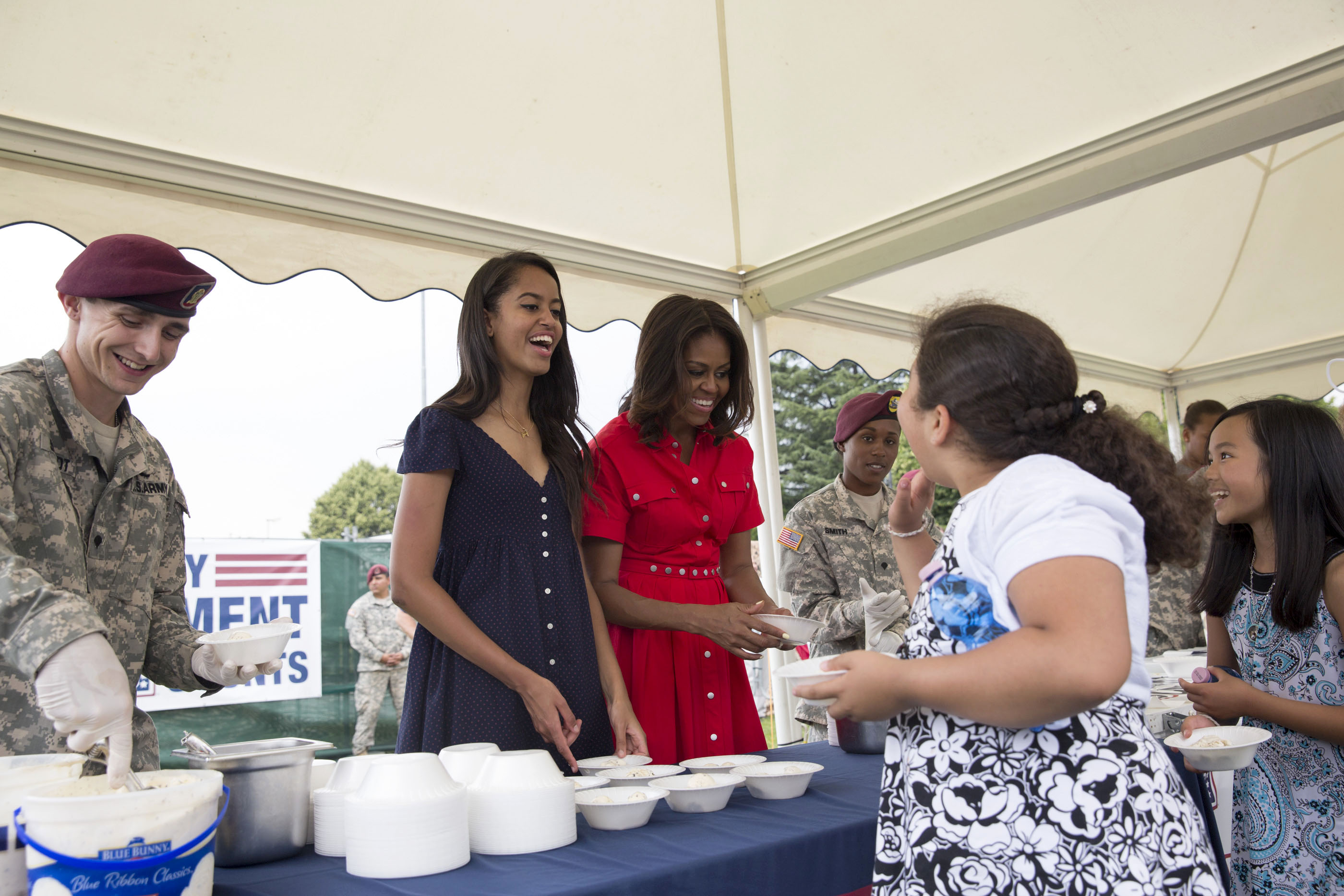 Next, the First Lady and her family participated in a base-wide barbecue hosted by the USO. During her remarks to the audience, the First Lady personally thanked the military service members and families in attendance for their service to our country and reminded them that their sacrifices have not gone unnoticed by the American people. Then, the First Lady and her family volunteered to help serve food to the troops and families in attendance. It was a wonderful opportunity for the members of the U.S. Army Garrison Vicenza and their families to relax together, enjoy great food and music, and be reminded that the American people are grateful for their service overseas. 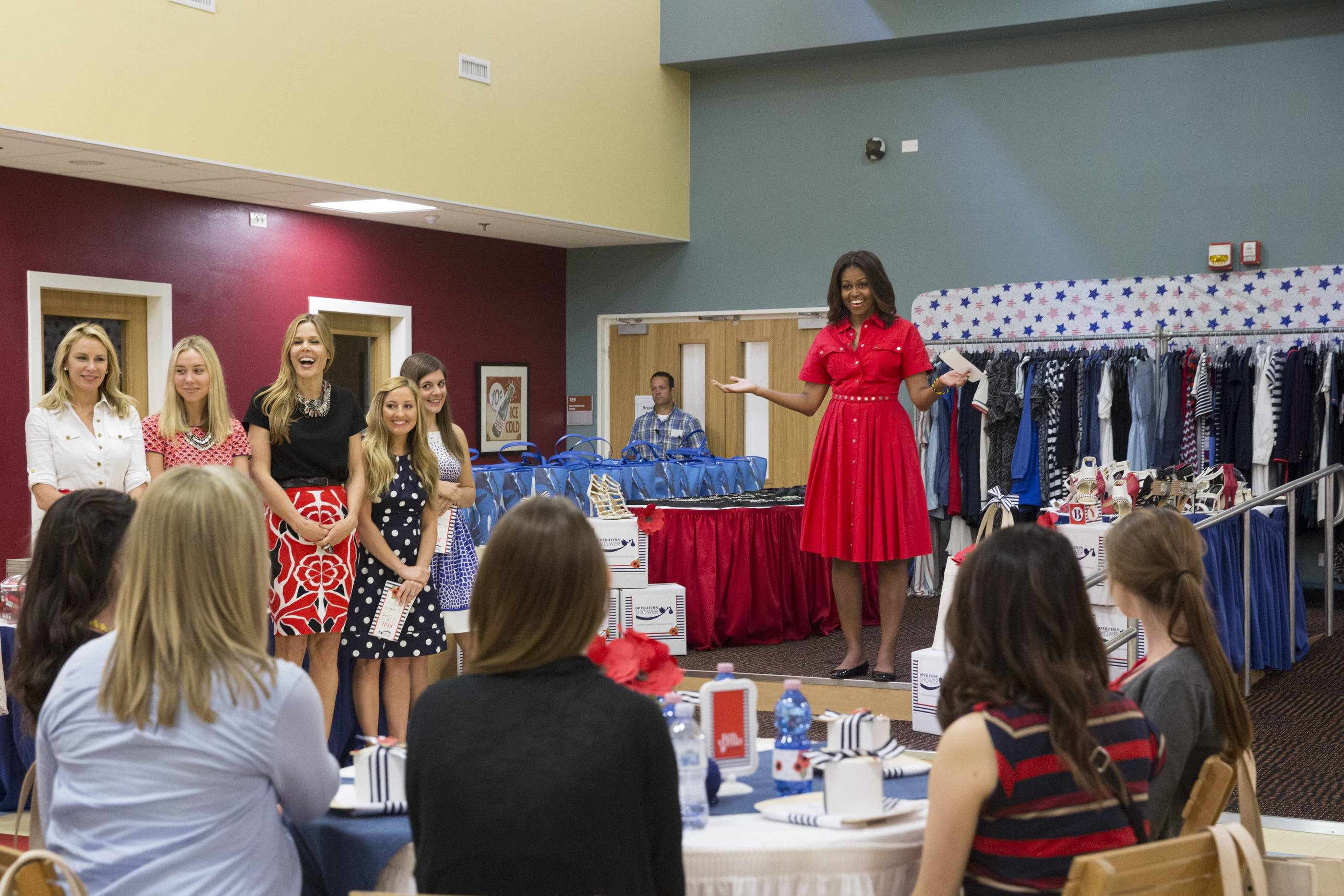 Finally, the First Lady surprised 28 soon-to-be and new moms with a fantastic baby shower. The expectant parents were overjoyed to learn that a roundtable discussion with Mrs. Obama was actually an Operation Shower baby shower. Each family received a box of gifts for their new baby, and gift cards from Operation Shower. The women were also treated to a "shopping spree" of clothing, accessories, and beauty products hosted by GLAM4GOOD, a fashion and beauty initiative. Of note, this was Operation Shower’s 60th baby shower, and their first overseas event. The First Lady was excited to celebrate with these military spouses. While some of these soon-to-be fathers won’t be there for Father’s Day, the First Lady wanted to ensure these new moms were treated to a day they’ll never forget. Once the shock of the surprise sunk in, the expectant and new moms were able to share their thoughts on life as a military family overseas and even exchanged some parenting advice with the First Lady.

Nicole Malachowski is the Executive Director of Joining Forces.