Made in America: An Immigrant Love Story

Chapter One: Finding Love in a Newspaper

It began with a classified ad.

My father left his poor, south Indian home at a tender age, and with an ever-tender heart. As a young man chasing education and opportunity, he left behind not only family and favorite foods, but also the love of his life. Growing up as the son of immigrants, I’ve learned a lot about what it takes to make it in America, and it takes a lot. It’s more than stellar test scores and green card sponsorships -- it takes a resilient heart.

My parents grew up during a time and in a culture where a parent’s influence weighed heavily on marriage. With no apps to swipe right, or virtual inboxes to find electronically matched harmony, parents involved in the romantic outcomes of hopeful brides and grooms resorted to newspaper ads. As odd as it seems now, sharing brief biographies of sons and daughters allowed parents to have a hand in the process -- while creating a social network for those seeking companionship. 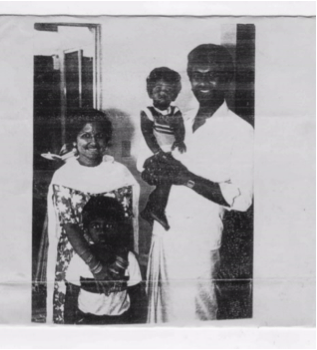 But unbeknownst to his own family, my dad had fallen for a button nose and a striking smile all on his own. So when both of their parents eagerly began urging them to take to the classified sections of the newspaper to begin the next chapters of their lives, my dad and his sweetheart began plotting.

From his dorm room, my dad encouraged his father to rummage through the newspapers back home, using precise words to describe the person of his dreams. Meanwhile, his sweetheart, with oceans between them, worked with her own father to place an ad on her behalf, using the exact set of words my paternal grandfather was coached to keep an eye out for.

It was only a matter of time before the match was spotted in the papers and their love won out.

With little in their pockets, hand in hand as husband and wife, they cut across the Indian Ocean. They toiled to make ends meet as young lovebirds. They hopped across the Atlantic, and eventually began building a life in the United States, in hopes of unlocking new opportunities for their sons, and sharing the fruits of their labor with their families back in their hometowns.

It's a timeless tale as old as this country itself -- an immigrant family embarking upon a new life in a new world. But in this case, it was a journey cut short by the perils of breast cancer. I was young enough to know what had transpired, but too young to appreciate the full tonnage of emotion swirling through my brother’s and dad’s eyes: as one lost a mother, and another lost the woman of his dreams.

But with the grit and resilience of any immigrant family that seeks to soar to new heights in the face of adversity, we pushed on.

We moved from Los Angeles to San Francisco after my mom passed. My dad was lonely, but still braved long hours to make ends meet for his grief-stricken family of three. It was only a matter of time until he met a pre-school teacher who would help him turn the page and begin a new chapter of his life. 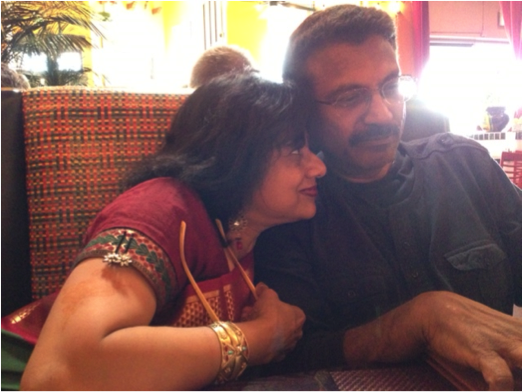 Pretty as she is, she didn’t quite translate into the words that my dad would have eyed in those matrimonial classified ads. But he began to notice something within her.

Hers was also a uniquely American story. She ventured out to this country with hopes of building something greater than her own parents could have fathomed, but hailed from a different part of India with a different set of values and with a different set socioeconomic circumstances. She challenged us in the best ways. She had cooked meals with unfamiliar North Indian influences, when my dad pined for flavors from the South. She was unflinchingly supportive of my brother and I, but raised us with iron-fisted discipline.

She may not have been the first pick in the classified ads. But she was the thread that wove our family back together. She was a shoulder for the tears my dad shed as a young widower. She too, was our mom.

On paper, we could call our family’s journey "the American Dream." Two strangers ventured from the same region of the world to a strange home in the United States: Found each other, built a home, raised two sons.

One became a surgeon, the other works for the President.

But as we celebrate Immigrant Heritage Month, we recognize that the pursuit of an American dream isn’t just about jobs attained and or the bootstraps by which we lift ourselves up; it’s also about the bridges our leaps of faith connect us to. The immigrant dream is about fighting for the impossible and losing the improbable; about loves won, and lives lost; and about the enduring strength of relationships we build along the way.

Because for all the energy exerted, for all the patents my dad filed, and for all the sweat my mom invested in her sons -- none of that would have coalesced if they weren’t willing to risk their hearts along the way.

The immigrant dream is one of trial and error, of hope and triumph paired with despair and disdain. It has empowered generations of pioneers to build opportunities, businesses, and jobs on the shoulders of an unconventional idea. It’s one where families blend a set of values from disparate backgrounds, and push each other to redefine them, refine them, and grow in them. It’s about building a foundation for the family and community around you, and leaving your children with a life better than you could have ever even imagined for yourself.

It’s about circling the back of a classified ad, fighting for a love unknown, gliding down an unchartered course and giving it your all.