Day One: My Family’s Journey to Refuge and Achieving the American Dream

June 23, 2015 at 2:25 PM ET by Jackie Dao Dinneen
Twitter Facebook Email
Summary:
In honor of Immigration Heritage Month, Jackie Dao Dinneen shares her story and that of her parents, both Vietnamese immigrants.

I am a proud Vietnamese American who is working at the White House for the President and the First Lady of the United States on education and youth empowerment domestically and internationally. My parents reminded me and my two younger brothers day in and day out to appreciate being born in this country. They taught us to work hard, focus on our education, and go to a good college. 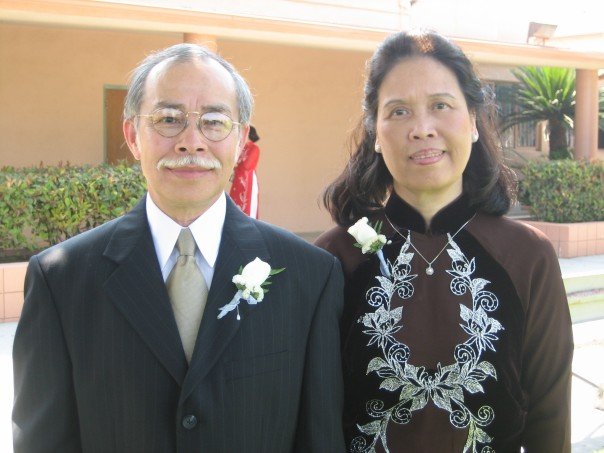 My parents rarely spoke about their past, and it wasn’t until I was older that I came to fully appreciate the odyssey each of my parents undertook in their journey 40 years ago. They had very different stories about their pathway to citizenship but similar journeys of looking for refuge and starting a new life chapter in America.

My aunt and her husband, who are my godparents, served in the American Red Cross and lived in Massachusetts. In April of 1975, my godmother received a poorly connected call from her brother in Saigon. The family was frightened and desperately asking for them to help. My godparents visited the immigration office in Boston and learned that since my godmother is a U.S. citizen, she could apply for immigrant visas for her family.

Every night, the evening news covered the turmoil with graphic reports. Many times, my godparents would telephone the family without success. They saw reports saying people were being evacuated, which gave them hope that some of the family might be lucky enough to get out.

Thirteen days later, my godfather saw a message come out from the teletype (TWX) machine at his American Red Cross office:

My uncle’s three children were safe and en route to my godparents. Having been scattered during the chaos to Guam and Wake Island, stateside to Camp Pendleton, CA and Eglin Air Force Base, FL, they were finally going to arrive in Foxboro, MA. My father’s family had left everything behind in Vietnam to start a new chapter in a new country. This was the beginning.

My father's family in 1975 with my godfather's parents who had invited them over to dinner in their home in Rhode Island.

It was August 1979. My mother was a 28-year-old elementary school teacher when she and her family decided they needed to flee.

They found a boat through an uncertain proposition, as many such offers turned out to be scams. They loaded up the 14-meter boat with 160 people and set out on a daunting journey to Australia. In the middle of the South China Sea, the engine broke down. For those few hours, everyone prayed whether they believed in God or not until they managed to get it running again. They finally spotted land, Pulau Baon, a small depot and part of Indonesia. My family stayed together at a refugee camp for about five months. Refugees slowly found support through sponsorships.

She and her two sisters had a direct flight to Texas. Eventually all of her siblings reunited starting in Pennsylvania through her brother’s sponsors and moved to their own apartment and eventually settled in Warwick, RI. 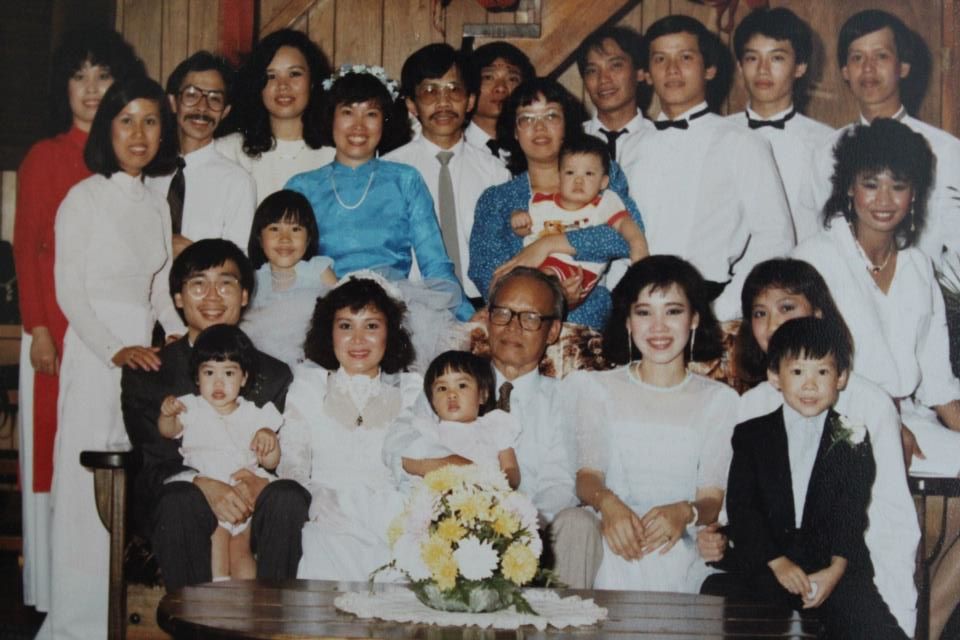 My mother's family within the red house in Warwick, RI in the early 1980s.

How did my parents meet?

My parents met at a wedding of someone they mutually know. Shortly thereafter, they got married and bought their home in Rhode Island where my two brothers and I were raised. My grandmother, Ba Noi, also lived there and she took care of us until her final day in this world.

“You are so lucky to be an American — to know the language and get an education here.” “You can do anything because it is America and the American Dream is real.” “All I ask, is that you do something that will give back to this country that has given so much for our families.”

Me and my Noi (grandmother).

My parents sacrificed so much for us. Working sometimes two jobs to support us all. All they wanted was us to do our very best in school and to achieve our dreams while giving back. Both my brothers and I graduated college and obtained advanced degrees.

With my godparents at my graduation from Colby College.

To say that I am now the Associate Policy Director for the First Lady of the United States, helping young people fulfill their boundless potential, in particular through advancing the First Lady’s work in education and youth empowerment domestically and internationally, is a distinct privilege and honor. Specifically supporting the Let Girls Learn initiative brings that honor to another level. This initiative not only supports girls all over the world, but also brings awareness to students in this country about global education challenges and inspires students here to get their own education. I am proudly in a role that truly touches on my grandmother’s wishes.

Proudly bringing my dad to the White House for the first time this past Christmas. He shook hands with the President and the First Lady and called my mother immediately in the Red Room.

I got married last year and for our honeymoon we visited Vietnam for the first time. 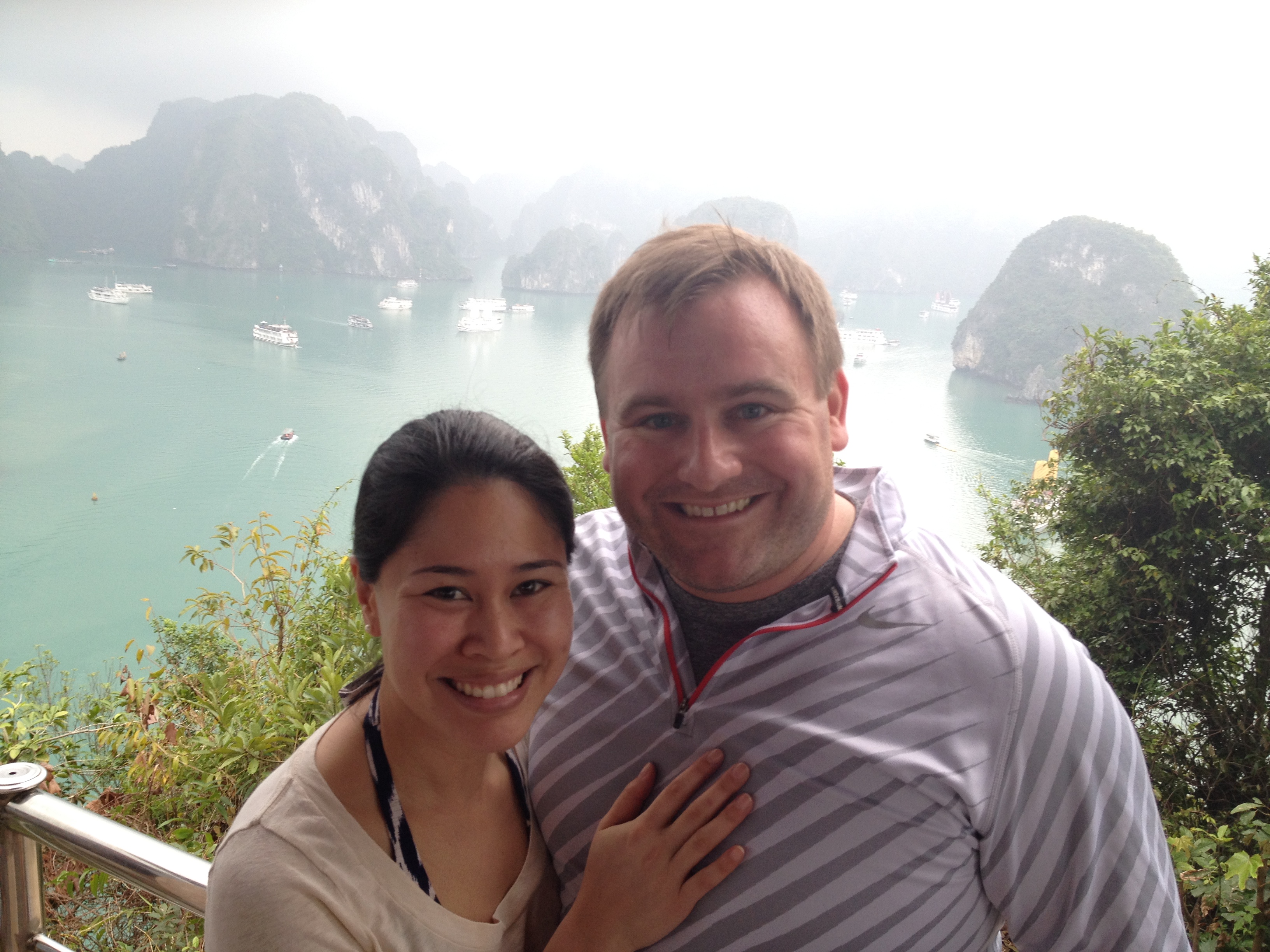 Visiting Vietnam for the first time in my life with my husband Jim during our honeymoon in February 2015.

My godfather sent me an email with an article about my grandmother his brother wrote for the newspaper in Stoughton, MA where he lived in 1975. It moved me. The paper is dated May 8, 1975.

"Here is a people who have known nothing but war and toil for as long as they can remember. While Sen Thi Tran has not known the agony of daily hunger, as have many Vietnamese, neither has she known the comfort and security of peace. We can hardly blame her, and her family, in the confusion of defeat, for the decision to flee what American policy makers have referred to as the inevitable blood bath.

I think of my own mother with thanksgiving that her life has been spared such hardship, and with hope that here in America Sen Thi Tran might at last find peace in her final years, free from the inhumanity that has victimized her for so long.

And although she may never return, perhaps someday her children and grandchildren, now caught in the confused maelstrom of historic crisis, may have the opportunity of returning to their homeland.

But meanwhile we Americans must have the heart to repent of our inhumanity in that land and welcome those whom we have so recently victimized."

I appreciate, from the bottom of my heart, how much this country has given to my family. I am a proud Vietnamese American serving within the Obama administration to help make life better for the American people and people around the world.