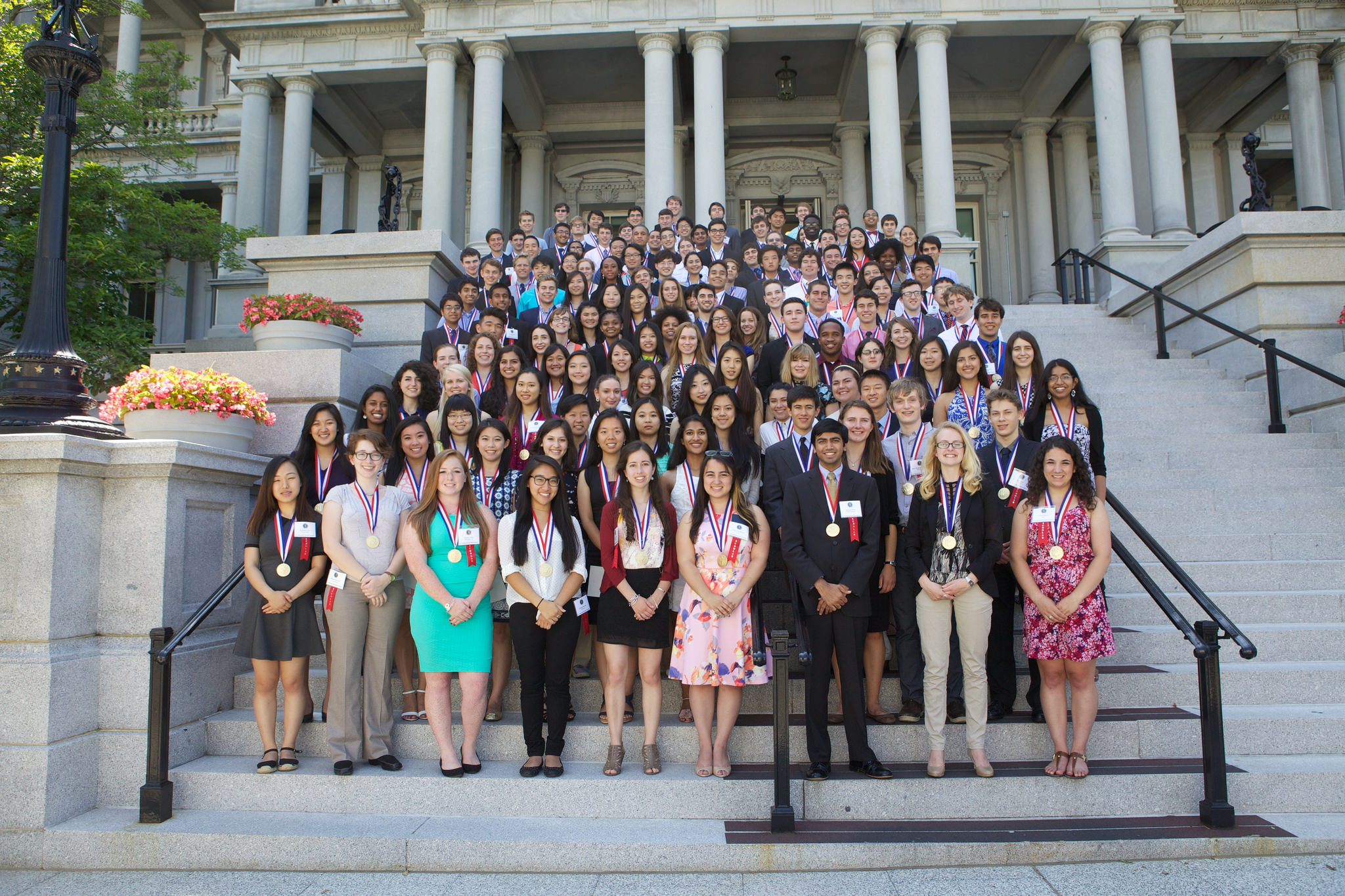 Members of the 51st class of U.S. Presidential Scholars pose for a picture outside of the Eisenhower Executive Office Building, June 22, 2015. (Photo by U.S. Department of Education)

Established by President Johnson in 1964, the Presidential Scholars Program has honored almost 7,000 of America’s top-performing students. The program was expanded in 1979 by President Carter to recognize students who demonstrate exceptional talent in the visual, literary, and performing arts. Each year, the program recognizes two high school seniors from each state and 15 scholars at-large on the basis of excellence in scholarship. An additional 20 scholars are selected for exceptional talent in the arts. 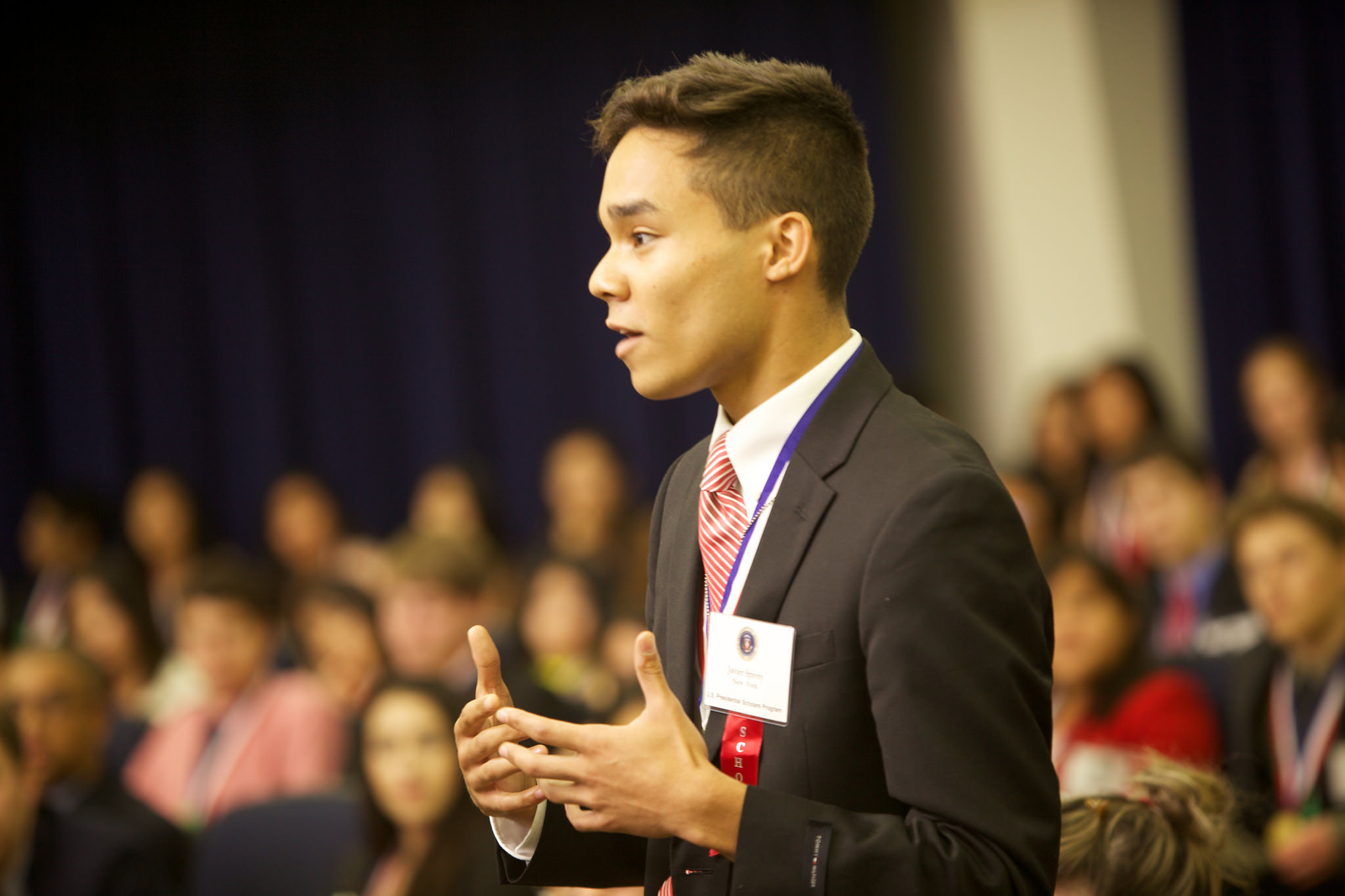 Javier L. Spivey, a member of the 51st class of U.S. Presidential Scholars, speaks at a discussion in the Eisenhower Executive Office Building, June 22, 2015. (Photo by U.S. Department of Education)

All Presidential Scholars are honored for their accomplishments in Washington, D.C., where they meet with national leaders in a variety of fields. This year, U.S. Secretary of Education Arne Duncan awarded each honoree a Presidential Scholar Medallion in a ceremony on Sunday, June 21.

The Presidential Scholars program is overseen by the Commission on Presidential Scholars and administered by staff at the U.S. Department of Education. This Commission, appointed by President Obama, selects honored scholars annually based on their academic success, artistic excellence, essays, school evaluations and transcripts, as well as evidence of community service, leadership, and demonstrated commitment to high ideals.

Of the 3 million students expected to graduate from high school this year, more than 4,300 candidates qualified for the 2015 awards determined by outstanding performance on the College Board SAT and ACT exams, and through nominations made by Chief State School Officers or the National YoungArts Foundation’s nationwide YoungArts™ competition.

The Administration looks forward to partnering with nonpartisan, nonprofit organizations, to cultivate and nominate the inaugural class of CTE Presidential Scholar nominees for the Commission to consider in 2016.

This announcement complements a convening that will be hosted next week at the White House, recognizing outstanding students, teachers, and administrators who have shown exceptional leadership in driving innovation in the field of career and technical education.

Deputy Assistant to the President for Education