June 23, 2015 at 4:20 PM ET by Jenna Brayton
Twitter Facebook Email
Summary:
President Obama hosts an Iftar dinner at the White House to conclude the daily fasting during the month of Ramadan, and to celebrate young leaders and women helping communities across the nation. 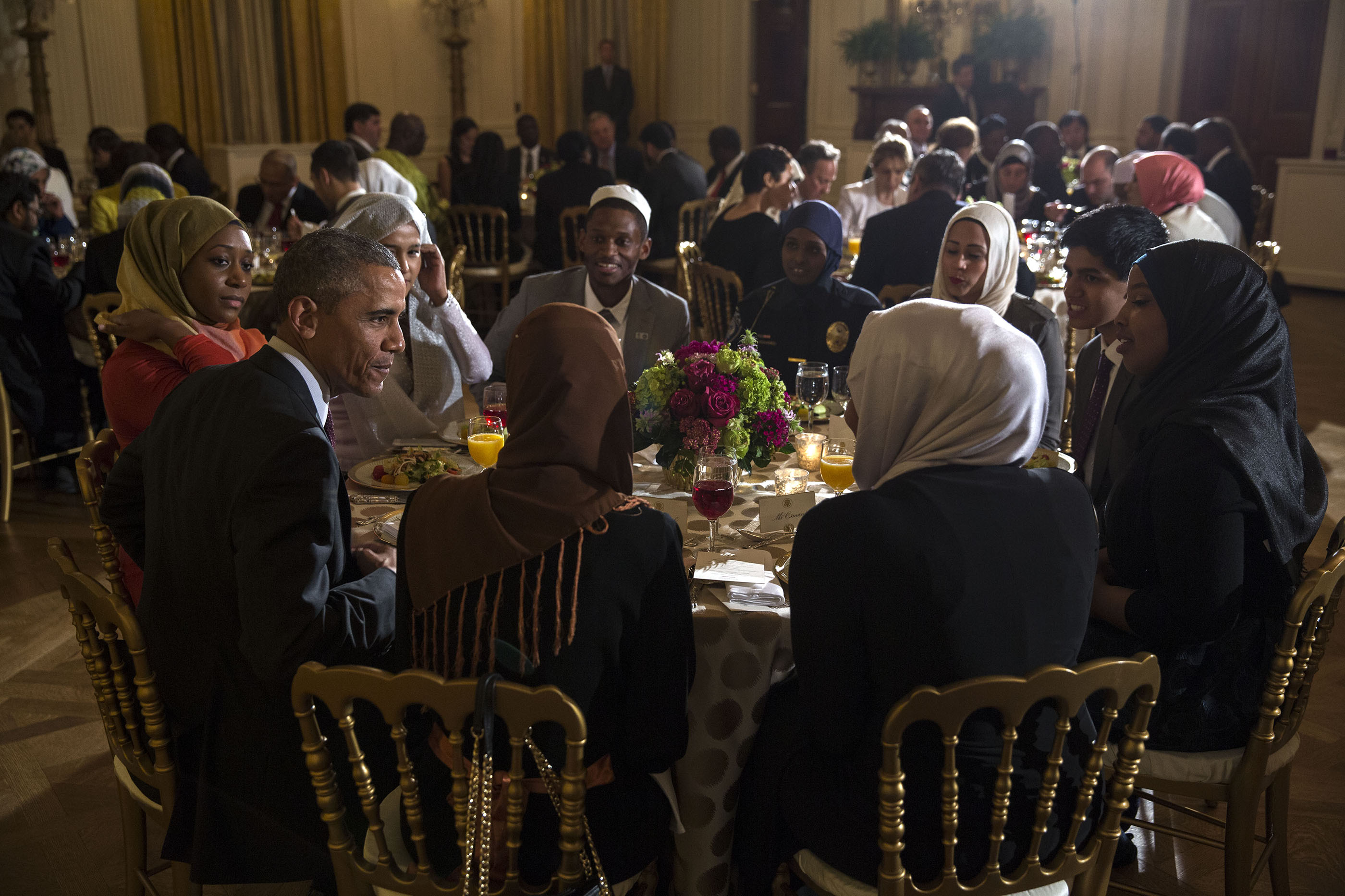 The Iftar is the evening meal after sunset that concludes the daily fasting during the month of Ramadan. Observers around the world gather with families, loved ones, and communities to break their fast together. For observers, the Iftar dinner and Ramadan are a time to reflect on humanity and to reaffirm commitments to helping the less fortunate. This year, Ramadan, which follows the lunar calendar, is taking place during the longest days of the year.

Last night's celebration was President Obama's seventh Iftar dinner at the White House. This year, in addition to inviting members of the diplomatic corps, White House staff, and elected officials, there was a special focus on young leaders and women helping communities across the nation.

Speaking at the dinner, President Obama said that the annual Iftar was a reminder that "whatever our faith, we're all one family."

"Our Iftar is also a reminder of the freedoms that bind us together as Americans, including the freedom of religion -- that inviolable right to practice our faiths freely."

President Obama recognized several young Muslim Americans who were making an impact here in the U.S. and around the world. He applauded Samantha Elauf, who was determined to defend her right to wear a hijab on the job. She took her case all the way to the Supreme Court and won. He cheered Zaid Ahmed, a 16-year-old who founded Redefy, a website that pushes back against harmful stereotypes. He recognized 27 year old Wai Wai Nu, a former political prisoner who is working on human rights issues for the Rohingya and equal rights for women.

The President also spoke of the inherent freedoms in America that bind us together -- including freedom of religion. He reflected on the way Americans of all faiths rallied around the community in Chapel Hill when three young Muslims were murdered earlier this year, and said that all of these stories remind us that our obligation to care for one another extends beyond our immediate communities and borders. The President reminded us that the challenges we face daily as a people demand the same qualities that observers summon every day during Ramadan -- sacrifice, discipline, and patience.

“… we don’t simply endure, but we overcome. Together, we can overcome ignorance and prejudice. Together, we will overcome conflict and injustice -- not just with words, but with deeds. With what a hero of mine, the civil rights icon John Lewis, calls using our feet -- getting out in the real world to organize and to create the change that we seek. That’s what so many of you do every single day. And that’s what we have to continue to do together, here in America and around the world. As the Quran teaches, let us answer with 'Peace.'"

President Obama ended his remarks wishing Muslim Americans and Muslims around the world a blessed Ramadan.

"To all of you, and to Muslim Americans across the country -- Ramadan Kareem."