Live Updates on #LoveWins: The Supreme Court Rules that Gay and Lesbian Couples Can Marry

June 26, 2015 at 10:17 AM ET by Tanya Somanader
Twitter Facebook Email
Summary:
President Obama delivers a statement after the Supreme Court rules that gay and lesbian couples can marry in America. 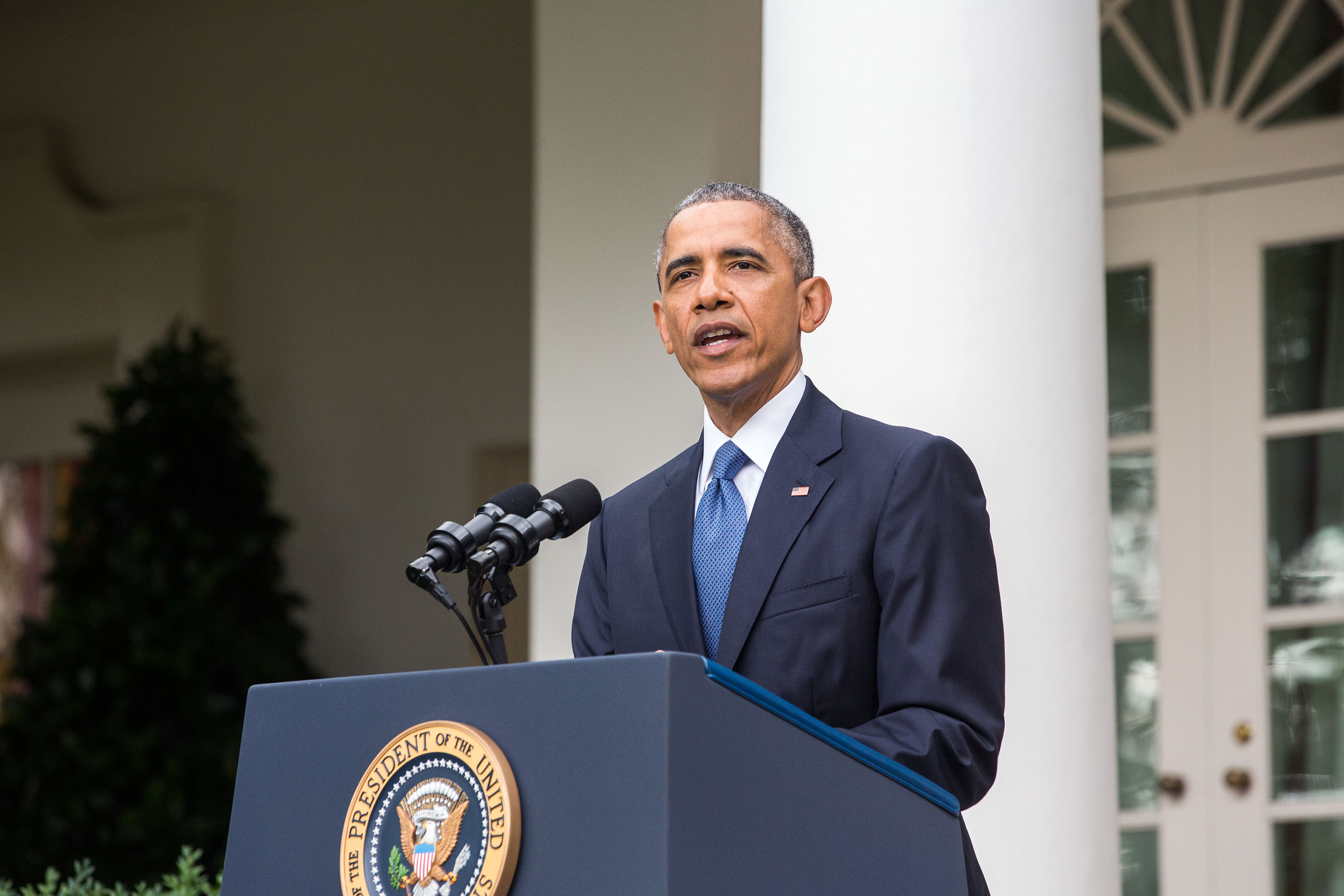 President Barack Obama delivers a statement regarding the Supreme Court ruling on same-sex marriage, in the Rose Garden of the White House, June 26, 2015. (Official White House Photo by Amanda Lucidon)

America should be very proud. #LoveWins

In a 5-4 decision in Obergefell v. Hodges, the Supreme Court took a huge step forward in our progress toward a more perfect union.

You can read the decision here.

Following the ruling, President Obama delivered a statement from the Rose Garden. Watch:

The President first reacted to the decision on Twitter:

Today is a big step in our march toward equality. Gay and lesbian couples now have the right to marry, just like anyone else. #LoveWins

A Message from Jim Obergefell: "My Husband"

"John and I started our fight for a simple reason: We wanted the State of Ohio to recognize our lawful Maryland marriage on John’s impending death certificate. We wanted respect and dignity for our 20-year relationship, and as he lay dying of ALS, John had the right to know his last official record as a person would be accurate. We wanted to live up to the promises we made to love, honor, and protect each other as a committed and lawfully married couple.

Couples across America may now wed and have their marriage recognized and respected no matter what state they call home. No other person will learn at the most painful moment of married life, the death of a spouse, that their lawful marriage will be disregarded by the state. No married couple who moves will suddenly become two single persons because their new state ignores their lawful marriage."

Jim was standing on the steps of the Supreme Court when he got an important call. Take a look:

From the steps of the Supreme Court: Watch President Obama call Jim Obergefell, one of the petitioners in today's marriage equality case, to congratulate him on his leadership. go.wh.gov/LoveWins #LoveWins

Send a Message of Love and Support 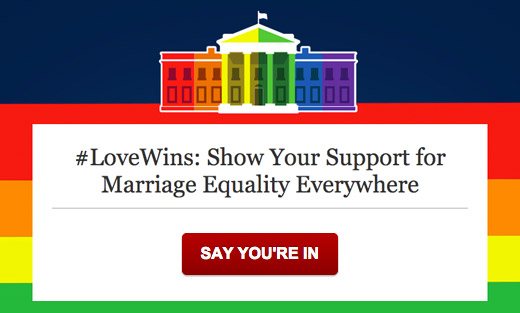 Love is Love: A History

Read a few quotes from historic moments on our country's path to marriage equality and the most basic affirmation that love is love.

What This Decision Really Means

Jim Obergefell, Jazz Jennings, and LGBT Americans share what the right to marry means for them and for their future. Watch:

"Sometimes, there are days like this when that slow, steady effort is rewarded with justice that arrives like a thunderbolt. " —President Obama on today's marriage equality Supreme Court decision: http://go.wh.gov/1pkx2H #LoveWins

This was by far the biggest crowd I've seen outside the Supreme Court. 99.8% in support of gay marriage pic.twitter.com/m3AIRi3zvC

Cheers as the decision ripples through the crowd #MarriageEquality #SCOTUS pic.twitter.com/LyoJRaKNoi

This decision recognizes the fundamental truth that our love is all equal. Today is a great day for America. #LoveWins -mo

It's a new day. Thank you Supreme Court. Thank you Justice Kennedy. Your opinion is profound, in more ways than you may know. #huzzah

so happy to see marriage equality in all 50 states... I'll never forget today. thinking of all the incredible LGBTQ+ icons who paved the way

Today marks a victory for equality, perseverance and love.

Welcome to the right side of history, America!! #LoveWins

Great day for all you lovebirds out there! #LoveWins pic.twitter.com/wBxwMwhBXC

What a day to celebrate! Today also happens to be my parents' 39th wedding anniversary! Congrats to all who celebrate #love. #LoveWins

So excited to be a witness to history today. ❤️ 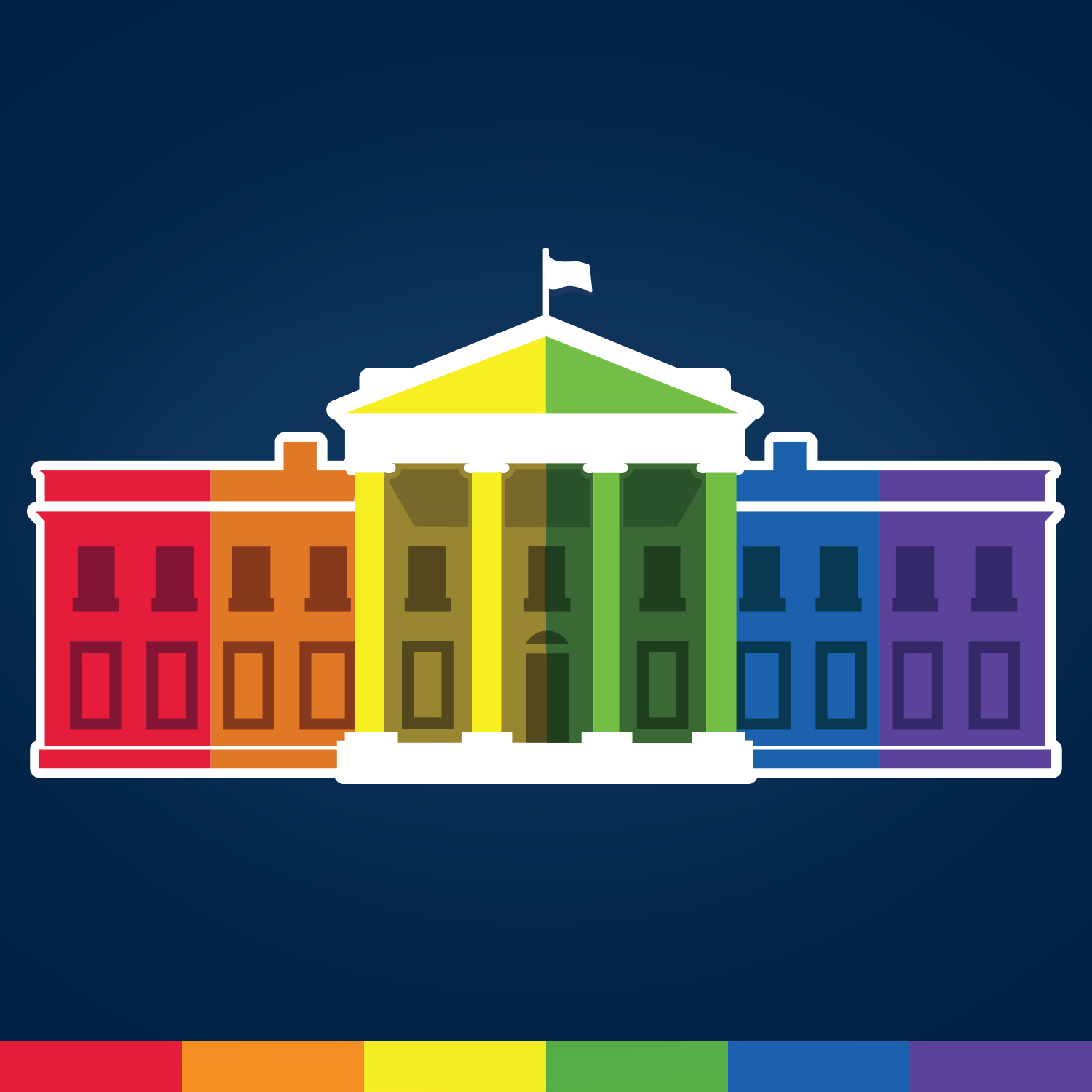