June 30, 2015 at 9:02 AM ET by John Bisognano
Twitter Facebook Email
Summary:
In honor of Immigration Heritage Month, John Bisognano shares the story of how his great-grandparents, from Italy and Ireland, found the courage to immigrate to the United States.

America is a country bound together by its diversity. Almost all of us share the common thread that our families came from somewhere else. Our immigrant families are bound by more than that, however. We also are bound by a common belief that the opportunity available to immigrants who are willing to work hard in this country outweighs the substantial risk involved in pulling up stakes and restarting life in a new country. But the equation doesn’t work if you only weigh opportunity versus risk. The secret factor that tips the scale and propels people to take on such risk for such a tenuous shot at opportunity is courage. Each immigration story -- whether it be from 1692, 1910, or 2015 -- was built on the foundation of courage.

I see that courage at play in my own family. My heritage stems from the islands of Sicily, Italy (Bisognano/ Raffa) and Ireland (McEachern/O’Brien). On August 23, 1914 in Queenstown, Ireland, at the age of 19, my great grandmother Bridget Clougherty boarded the S.S. Franconia bound for Boston, labeled as a laborer. She boarded this ship 19 days after the declaration of war by the United Kingdom in what would become World War I. She had the courage to leave most of her family behind and risk losing the stability that had defined her life in the small village of Clifton, Ireland in order to realize the opportunity she envisioned in the new world across the Atlantic. 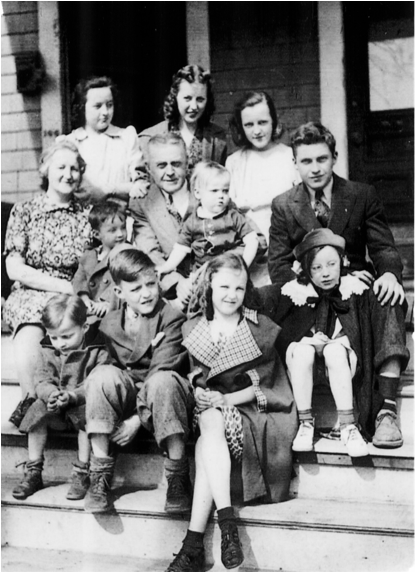 The O’Brien/Cloughterty on the porch of their Quincy, MA home. (Circa. 1945)

Similarly, on September 2, 1927 my paternal great grandmother Caterina Raffa set her eyes on a ship named S.S. President Wilson, which would be her dank, overcrowded, 579 passenger, bobbing home for a few weeks while she crossed the Atlantic. Her family had lived, worked, eaten, laughed, and grown up in Bauso, Italy on the north shore of Sicily (Napoleon started keeping records of the city’s inhabitants). Despite the terrible conditions on the ship and the perils of the voyage, she had the courage to wake up on September 2nd, dress herself and her 8-month-old daughter, my grandmother Domenica Bisognano, and defy the fascist regime of Benito Mussolini for the promise of a new and better life in America. 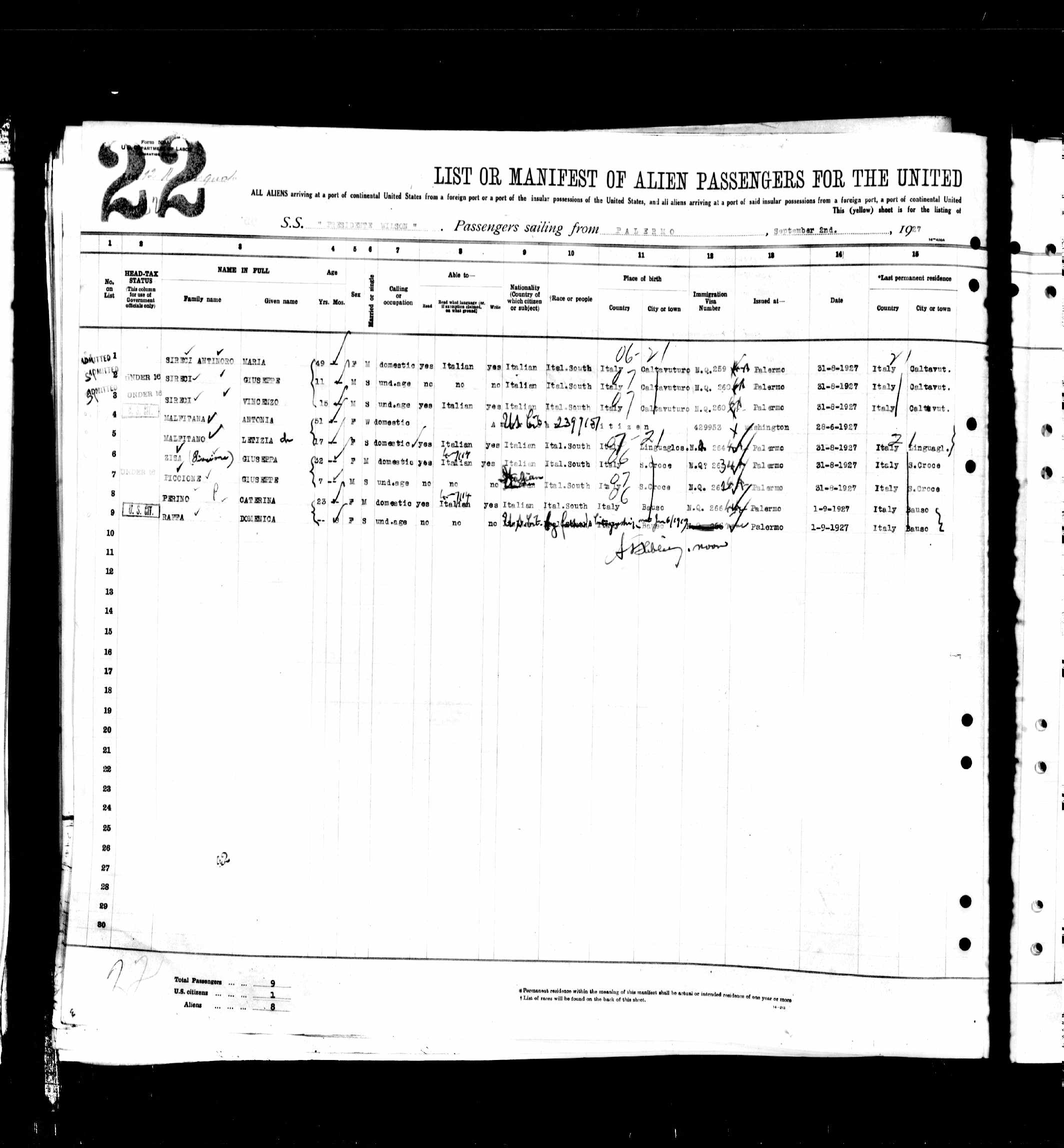 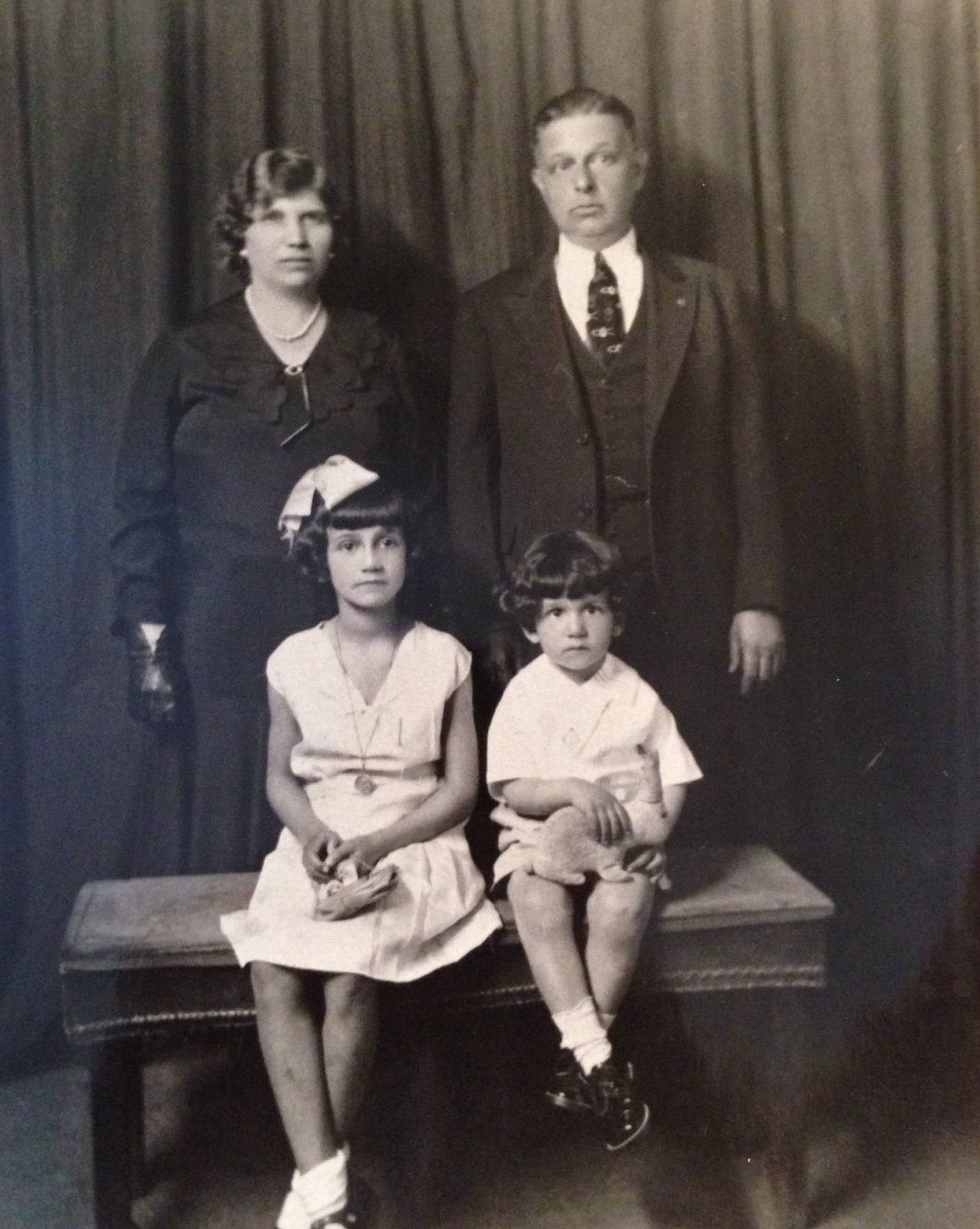 Meanwhile, a little over 2 miles from Bauso in Sant’ Andrea, my great grandfather Peter Bisognano had just returned to Italy for the first time to visit his family since moving to Boston and joining World War I. After moving to Boston in 1908 at the age of 16, he became an American citizen when he was naturalized at Fort Ethan Allen, Vermont in 1925. He quickly set sail back to his new homeland, which he had served proudly in the war effort, to raise a family and open a small barber shop in Quincy, Massachusetts. 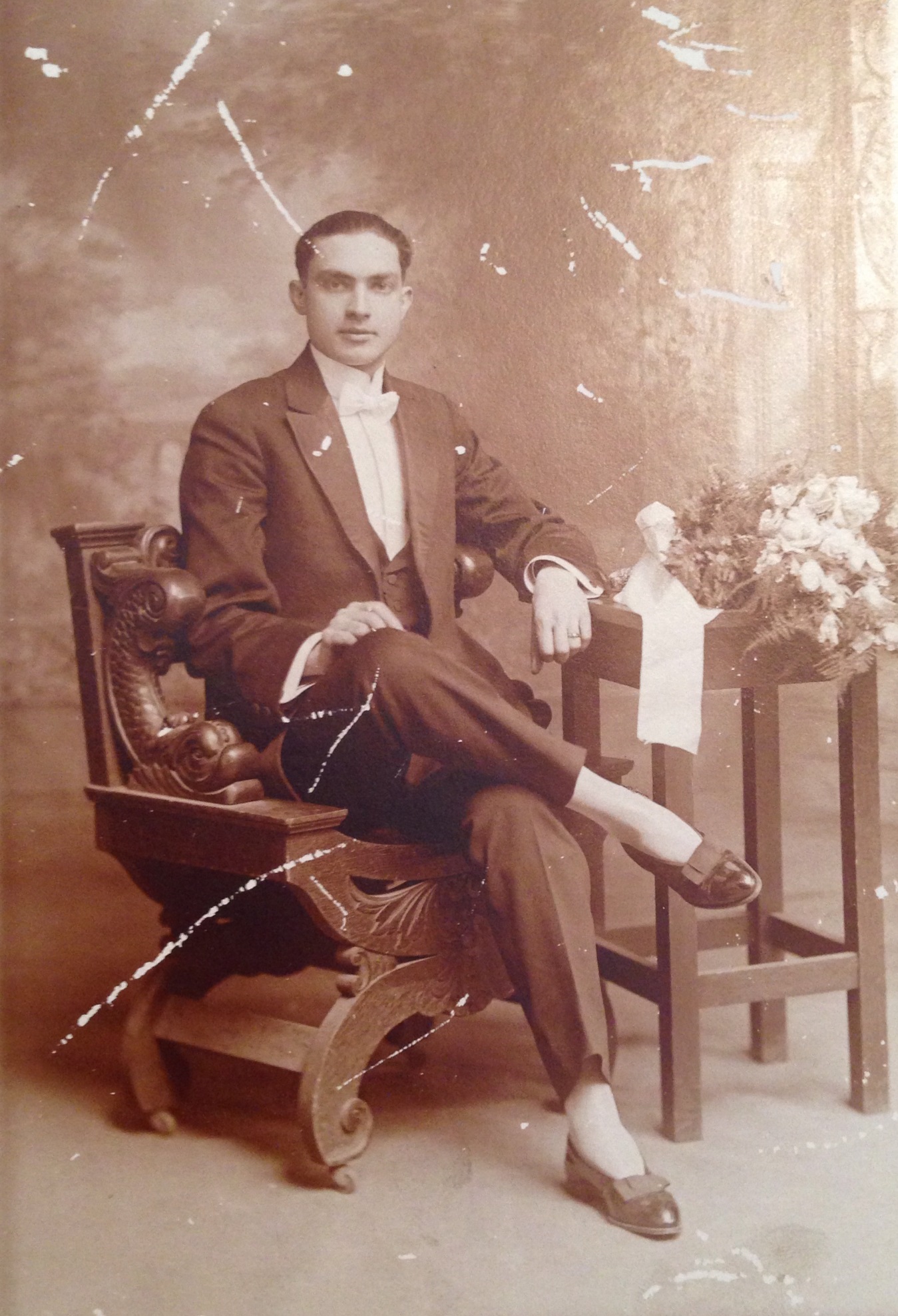 Peter Bisognano on his wedding day, Boston, MA. (Circa 1919) 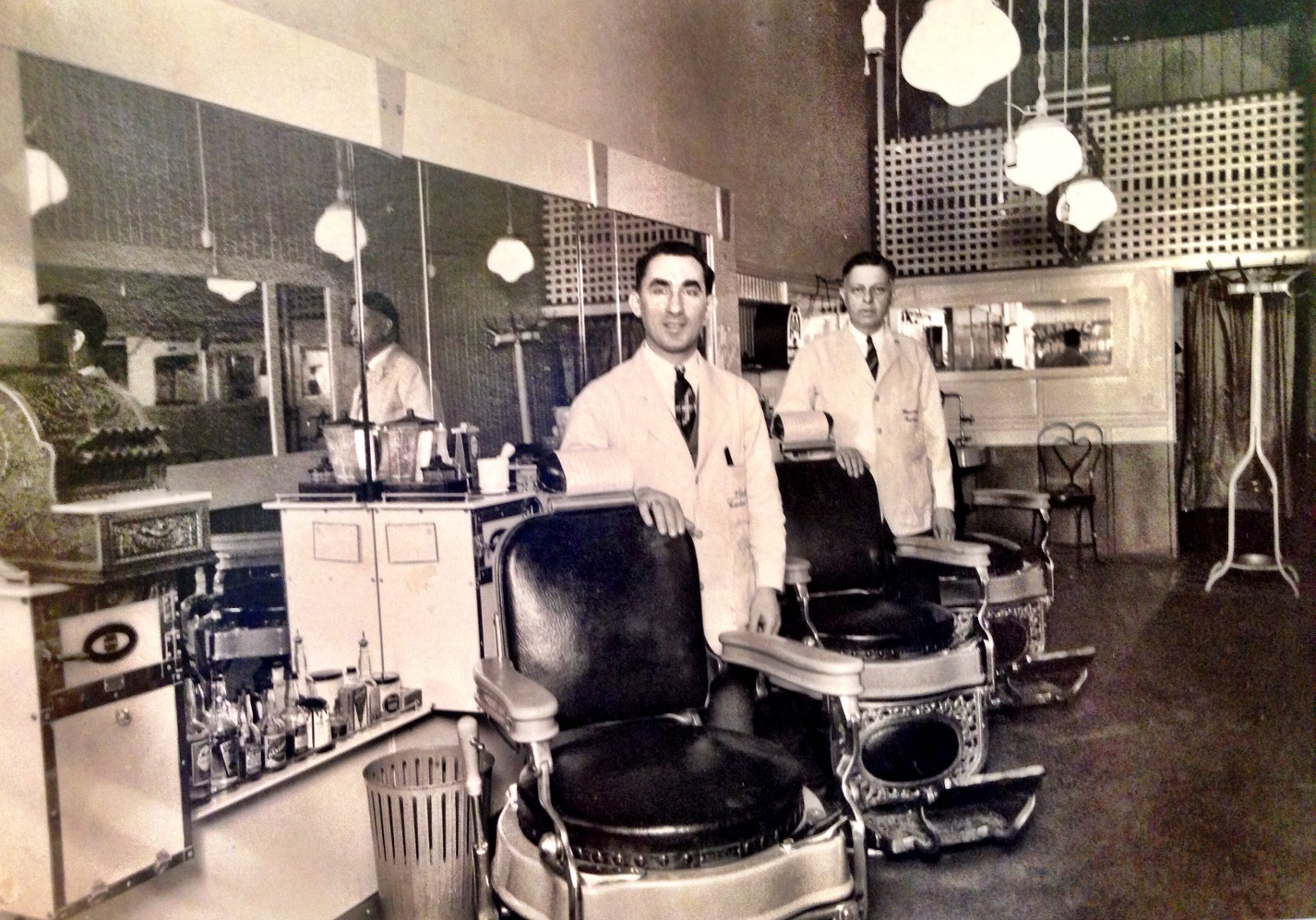 My Irish/Italian heritage leaves me with a lot to be proud of. Growing up with a large extended family south of Boston kept where we came from fresh in my mind. I know that even before they came to the U.S., my family members were brave, hard-working people, laboring from generation to generation. The missing part of the equation for them in Italy and Ireland was opportunity. 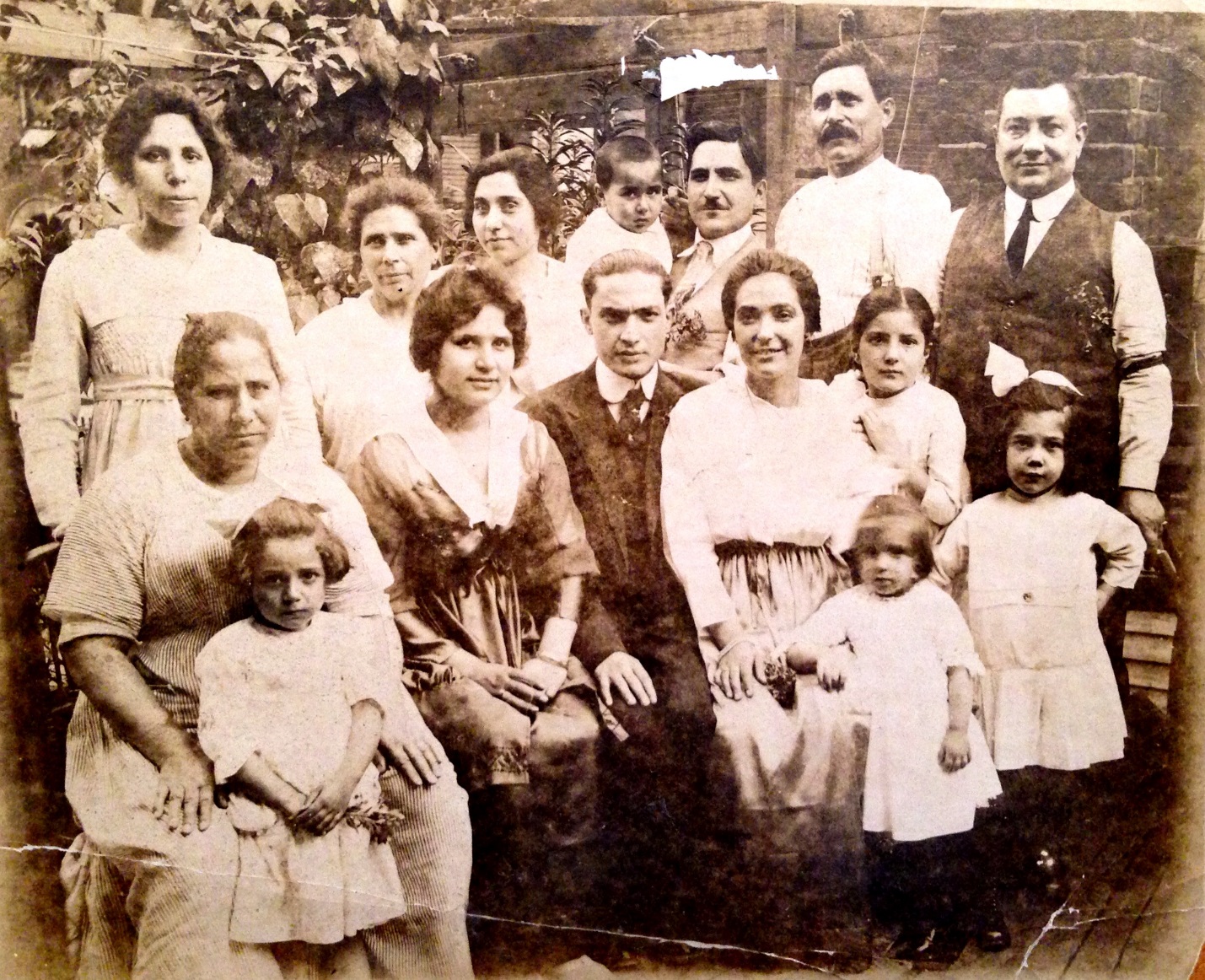 The Bisognano family in Weymouth, MA (Circa 1932)

There is no greater risk than that taken on by my great grandmothers, but their courage was justified by their belief that there is no greater reward than the American dream. This country was founded and built by brave risk takers who believe in the opportunity afforded by their own ability to work hard and achieve. That is the immigration equation in America – risk is outweighed by the combination of opportunity and courage.

I can’t tell you how proud I am to have descended from such brave men and women. 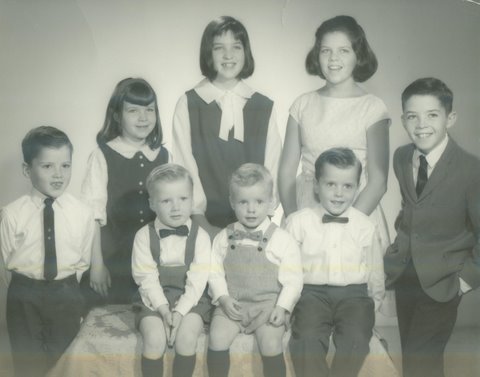 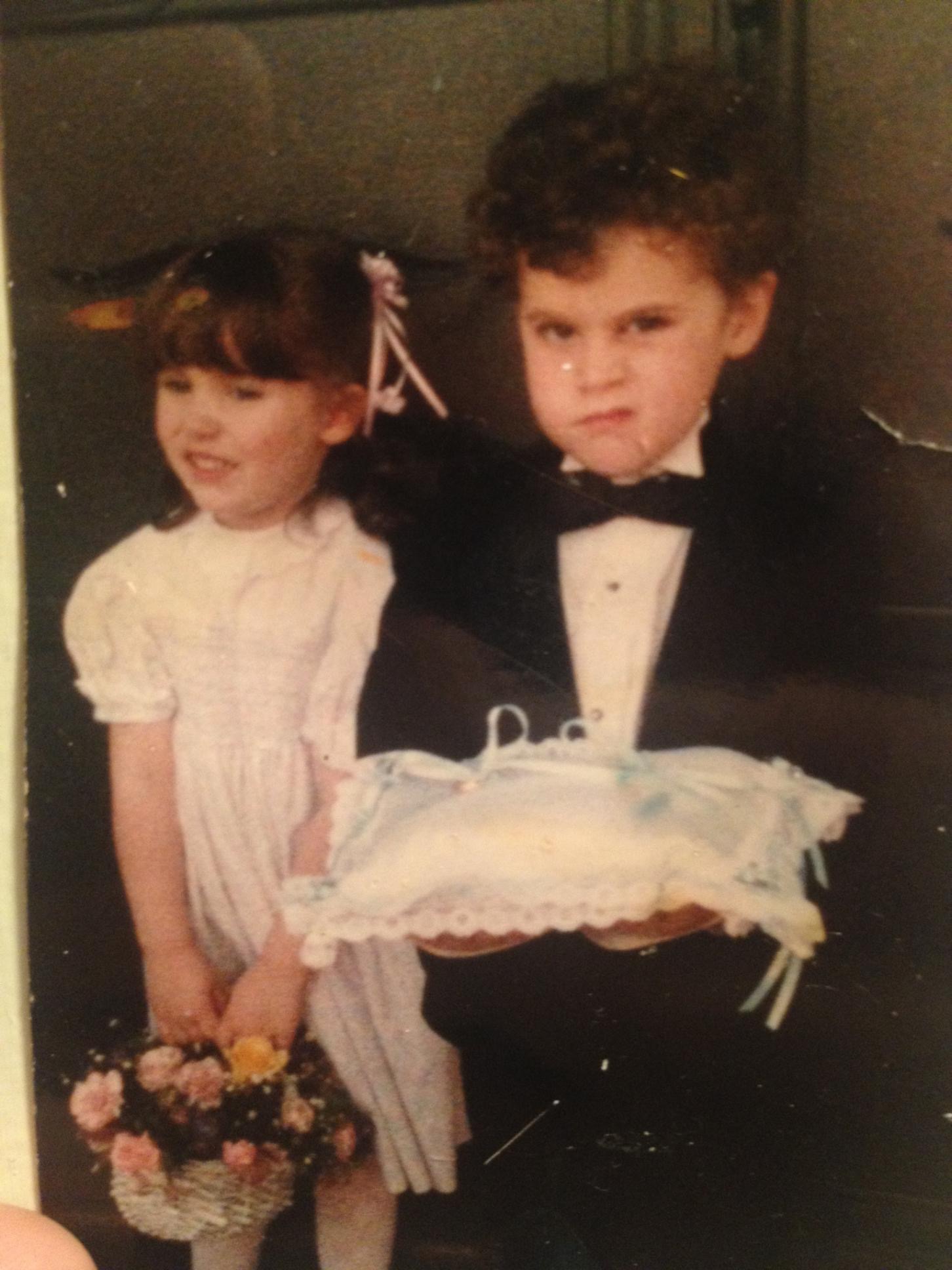 Right to Left: Nicole McEachern and John Bisognano serving in the wedding of Steve Turner and Elizabeth Turner (McEachern) (Circa 1989)

These family stories of the courage that can come from the belief in hard work, yourself and your family inspire me to take on risk because I have the luxury of growing up in the land of opportunity. My great grandparents took a risk for me so that I would have the opportunity that eluded them in their homelands. Every day, I work to make sure their courage pays off for the country that is my home. 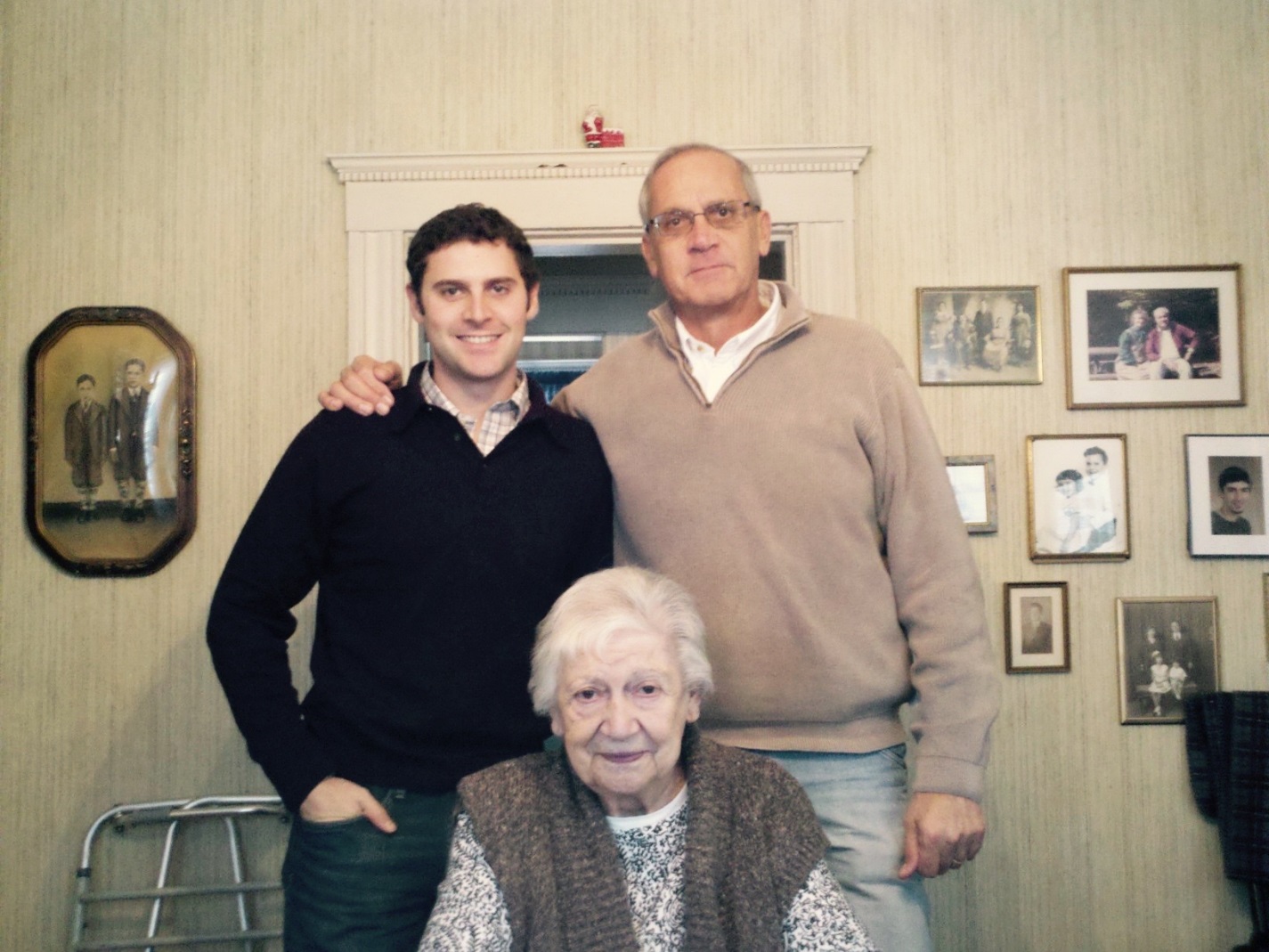 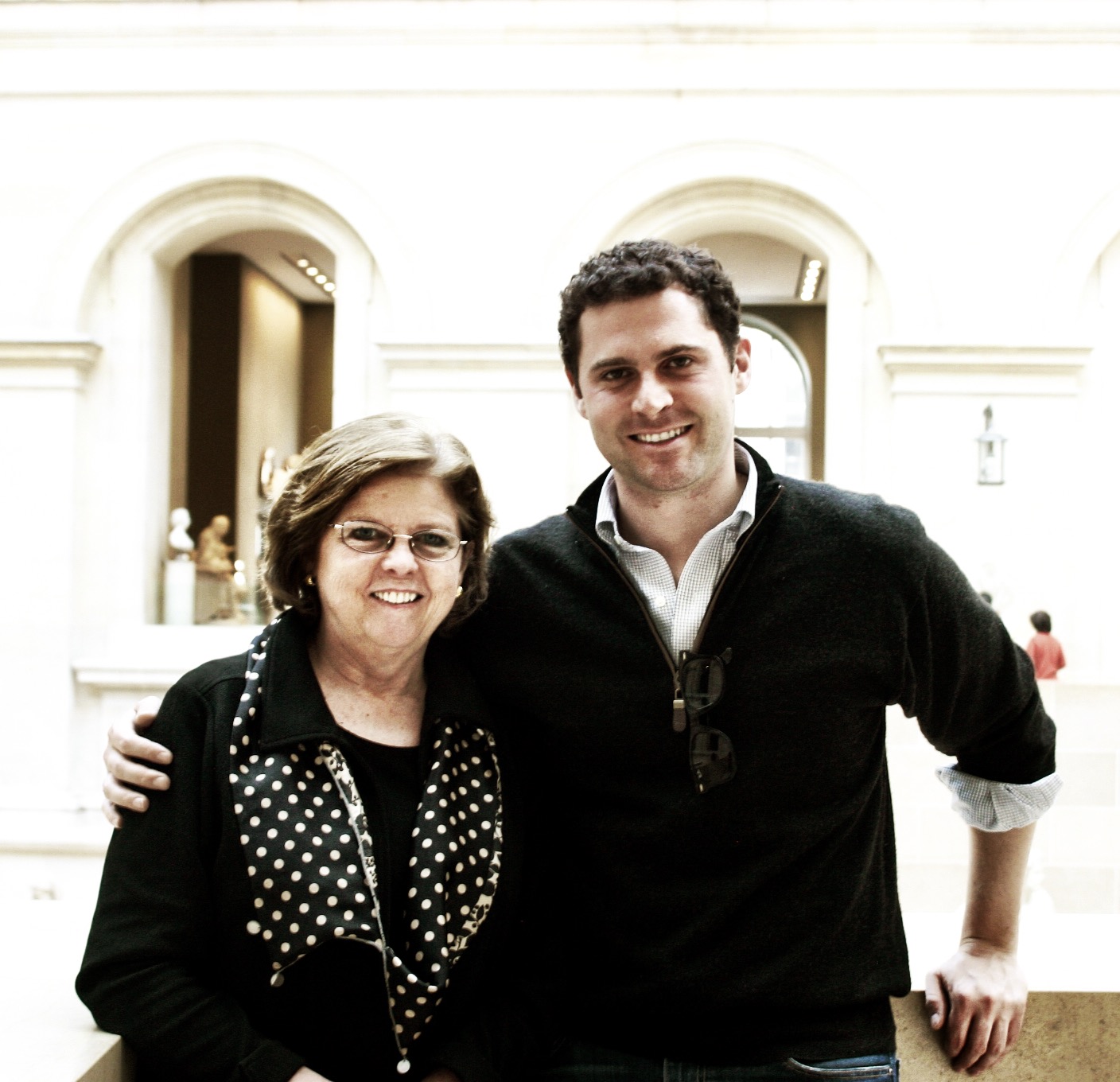