This Day in History: National Organization for Women was Founded

June 30, 2015 at 4:01 PM ET by Molly Wolfe
Twitter Facebook Email
Summary:
On June 30, 1966, the National Organization for Women was founded by a group of activists who wanted to end sex discrimination. Today, the organization remains as a cornerstone of the women's rights movement.

“We, men and women who hereby constitute ourselves as the National Organization for Women, believe that the time has come for a new movement toward true equality for all women in America, and toward a fully equal partnership of the sexes, as part of the world-wide revolution of human rights now taking place within and beyond our national borders.”

On June 30, 1966, Betty Friedan wrote three letters on a paper napkin: N O W. She invited fifteen women to her hotel room. Then, Catherine Conroy slid a five-dollar bill onto the table and said, “Put your money down and sign your name.” In that moment, the National Organization for Women became a reality.

As representatives at the Third National Conference of Commissions on the Status of Women, these women were disgruntled by the lack of commitment to the convention's theme, “Targets for Action.” Inspired by the Civil Rights movement and historic marches such as in Selma, the women founded a parallel effort to ensure the equal treatment of both sexes. They brainstormed an alternate action plan to enforce Title VII of the Civil Rights Act of 1964, which prohibits employers from discriminating against employees based on sex, race, color, nationality, and religion.

Photograph shows people standing in front of the United States Capitol with a banner reading "Equality of rights under the law shall not be denied or abridged by the United States or by any state on account of sex" and holding flags for various organizations including the National Organization for Women. July 9, 1979. (by Bettye Lane)

NOW Through the Years:

Betty Friedan, best known for her 1963 book The Feminine Mystique, which changed the conversation on traditional gender roles, was chosen as the organization’s first president. 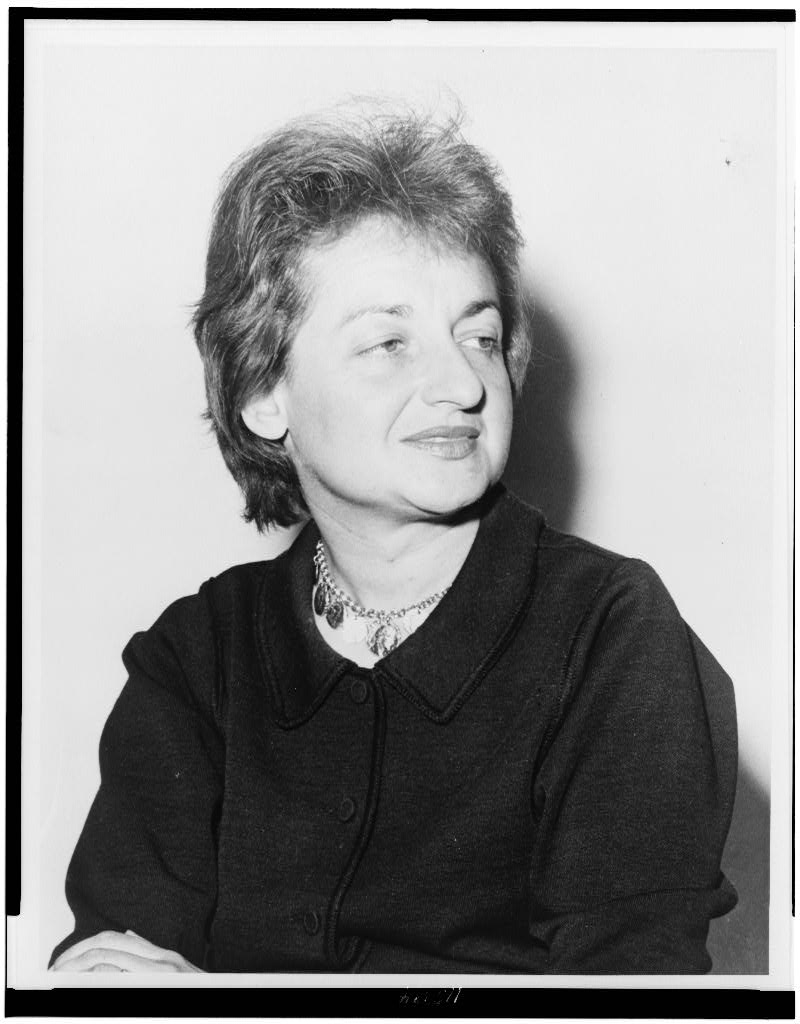 1973: NOW members organized “Take Back the Night” marches and vigils.

Protestors stimulated the movement against sexual assault and power-based personal violence against women.

In 95-degree heat, over 100,000 people decked in purple, white, and gold marched in Washington, D.C. to call for an extension to the deadline for ratification of the Equal Rights Amendment. 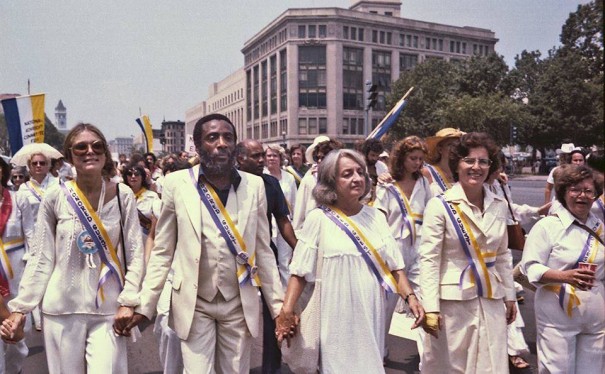 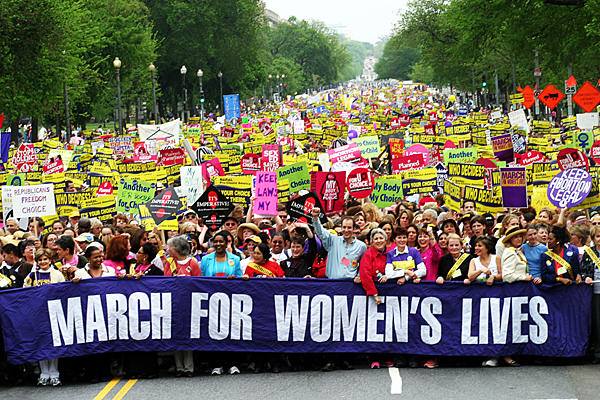 The March for Women’s Lives took place on April 25, 2004. (by Feminist Majority Foundation)

Today, NOW is the largest organization of women’s rights activists in the United States, using grassroots organizing to push for social change. NOW focuses on advocating for justice and equality in reproductive healthcare and the economy and continues its work to put a stop to violence against women and discrimination based on race and sexual orientation.

The fight to end workplace discrimination is not over. The Administration has shown its support for a number of anti-discrimination actions, including fair housing, employment non-discrimination, and health reform for women. President Obama, with help from organizations like NOW, continues to lead the charge for equal rights no matter who you are, what you look like, or who you love.