This Day in History: President Lyndon B. Johnson Signed the Civil Rights Act of 1964

July 2, 2015 at 3:29 PM ET by Mae Bowen
Twitter Facebook Email
Summary:
On June 2, 1964, President Lyndon B. Johnson signed the Civil Rights Act, which was the most sweeping civil rights legislation since Reconstruction.

"My fellow citizens, we have come now to a time of testing. We must not fail. Let us close the springs of racial poison. Let us pray for wise and understanding hearts. Let us lay aside irrelevant differences and make our nation whole."

— President Lyndon B. Johnson, upon signing the Civil Rights Act

On June 2, 1964, President Lyndon B. Johnson signed the Civil Rights Act, which was the most sweeping civil rights legislation since Reconstruction. The Act prohibited discrimination on the basis of race, color, religion, sex or national origin, in public places, provided for the integration of schools and other public facilities, and made employment discrimination illegal.

Congress expanded the act in subsequent years, passing additional legislation in order to move toward more equality for African-Americans, including the Voting Rights Act of 1965.

The end of the Civil War in 1865 brought three constitutional amendments which abolished slavery, made former slaves citizens of the United States, and gave all men the right to vote, regardless of race. However, measures such as literacy tests and poll taxes were used by many states to continue the disenfranchisement of African-Americans and Jim Crow laws helped those same states to enforce segregation and condone race-based violence from groups like the Ku Klux Klan.

Many years passed with minimal action taken to enforce civil rights. In 1963, President John F. Kennedy decided it was time to act, proposing the most sweeping civil rights legislation to date.

"This nation was founded by men of many nations and backgrounds. It was founded on the principle that all men are created equal, and that the rights of every man are diminished when the rights of one man are threatened."

After the assassination of President Kennedy later that same year, his successor, Lyndon B. Johnson, continued to press Congress to pass comprehensive civil rights legislation.

"Let this session of Congress be known as the session which did more for civil rights than the last hundred sessions combined."

— President Lyndon B. Johnson, 1964 State of the Union Address 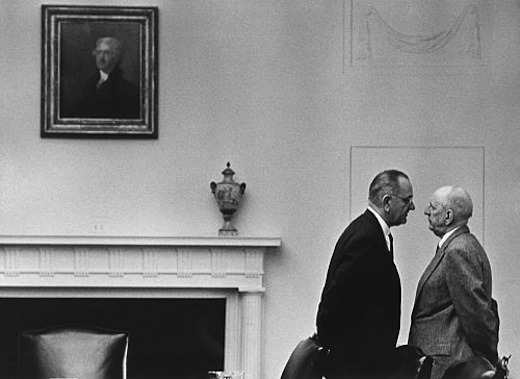 After fighting multiple hostile amendments, the House approved the bill with bipartisan support. In the Senate, Southern Democrats waged the longest filibuster in history, 75 days, in an attempt to kill the bill. Eventually, supporters were able to gain the necessary two-thirds majority to end the filibuster and successfully pass the bill.

Fun Fact:
President Johnson signed the Civil Rights Act of 1964 with at least 75 pens, which he gave to members of Congress who supported the bill as well as civil rights leaders, like Dr. Martin Luther King Jr.

The Civil Rights Act of 1964, more than 100 years after the end of the Civil War, sought to finally guarantee the equality of all races and creeds in the United States. Segregation on the basis of race, religion or national origin was banned in all public places, including parks, restaurants, churches, courthouses, theaters, sports arenas, and hotels. The act also authorized the Office of Education (today the Department of Education) to desegregate public schools and prohibited the use of federal funds for any discriminatory programs. The act created the Equal Opportunity Employment Commission while discrimination based on race, religion, national origin, or gender was banned for employers and labor unions. Finally, the act prohibited the unequal application of voting requirements.

The Civil Rights Act was later expanded to include provisions for the elderly, the disabled, and women in collegiate athletics. Its passage also paved the way for two other major pieces of legislation: the Voting Rights Act of 1965 and the Fair Housing Act of 1968. The VRA prohibited discriminatory voting practices like literacy tests and poll taxes. The FHA prohibited discrimination in the sale, rental, and financing of property. Legal segregation had been fully stamped out, though the struggle against racism and other forms of discrimination continues today. 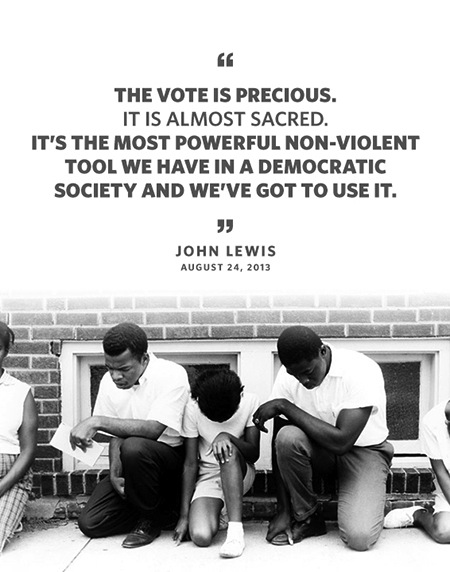 In the 51 years since the Civil Rights Act of 1964 was signed into law, we have made significant progress toward guaranteeing the equality of all Americans regardless of race, ethnicity, gender, disability, religion, or sexual orientation. Most recently, the Supreme Court upheld the rights of all people to be married, regardless of gender or sexual orientation. The legacy of the Civil Rights Act and many other moments in our history of fighting for equality paved the way for that decision.

— President Barack Obama, on the 50th anniversary of the Civil Rights Act

But our work is not complete. Let this anniversary of the Civil Rights Act serve as a reminder to all of us to continue striving every day for the equality of all Americans, under the law and in our everyday lives.