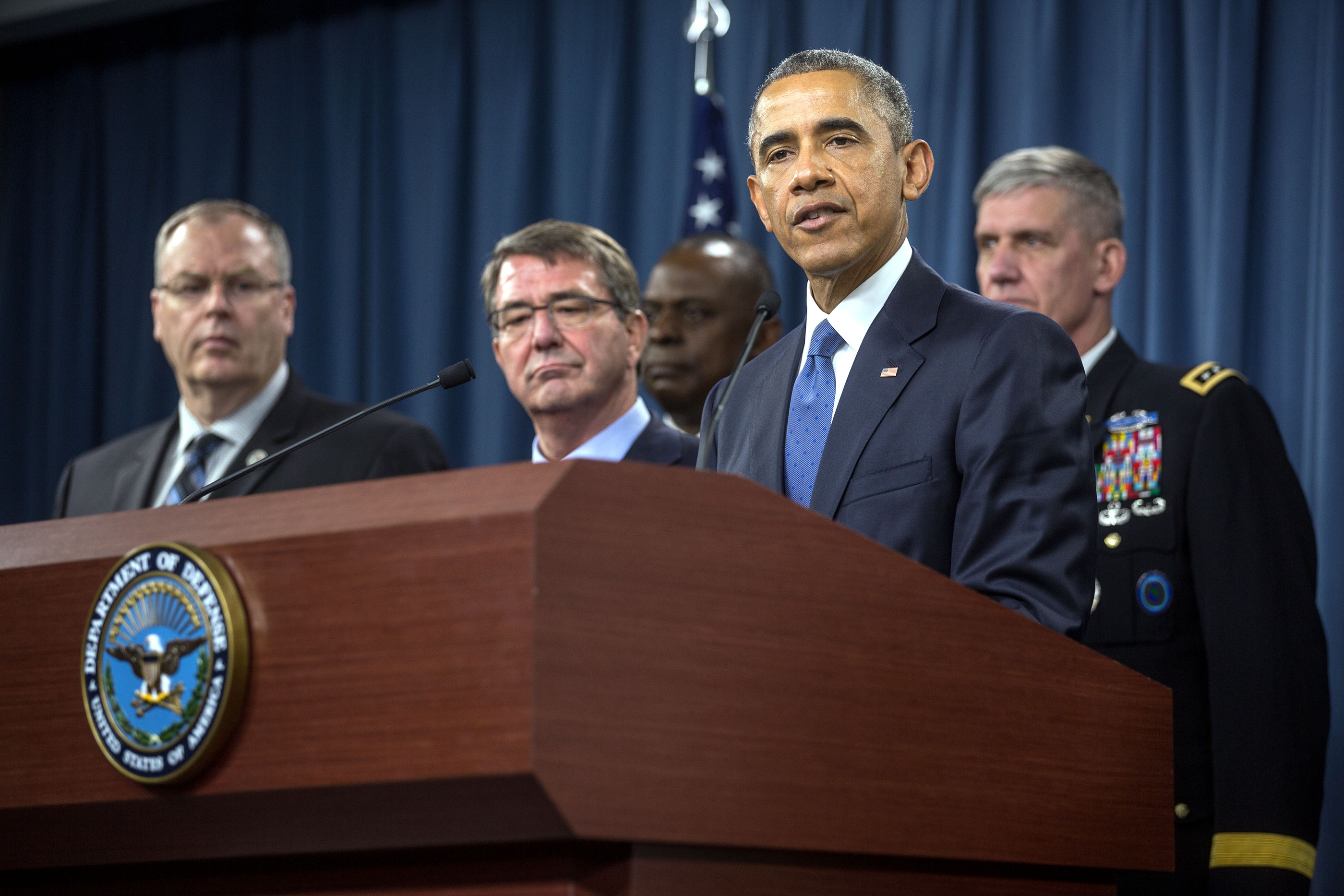 President Barack Obama delivers a statement and answers a few questions from the press following his meeting with Defense Department and military leadership regarding the campaign against ISIL, at the Pentagon, Arlington, Va., July 6, 2015. July 6, 2015. (Official White House Photo by Lawrence Jackson)

Today, President Obama provided an update on the U.S. mission to degrade and ultimately destroy the terrorist group, ISIL. Watch his remarks at the Pentagon here:

ISIL (Islamic State of Iraq and the Levant) was formerly al Qaeda’s affiliate in Iraq, and has since gained territory on both sides of the Iraq-Syrian border by taking advantage of sectarian strife and the Syrian civil war. Although ISIL calls itself the “Islamic State,” the President has emphasized that the terrorist group is neither Islamic nor a state.

"ISIL is a terrorist organization, pure and simple," he has said. Here's what the President had to say today on why we will ultimately prevail against ISIL:

Our main objective is to degrade and destroy this group through a comprehensive and sustained counterterrorism strategy that looks like this:

The Four Pillars of the U.S Strategy Against ISIL

Working with the Iraqi government, the U.S. is expanding our efforts beyond protecting Americans and humanitarian missions, so that we're hitting ISIL targets as Iraqi forces go on the offense. We are pursuing terrorists wherever they are, which means the President will not hesitate to take action against ISIL in Syria as well as Iraq. As he has said, "If you threaten America, you will find no safe haven." As of today, we've launched more than 5,000 airstrikes against ISIL.

The U.S. has sent a small contingent of service members to support Iraqi forces, including Kurdish fighters, with training, intelligence, and equipment. These American forces do not have a combat mission, but are providing the support needed for Iraqi forces to go on the offense. In Syria, we have ramped up our military assistance to the Syrian opposition, while pursuing the political solution necessary to solve Syria's crisis once and for all.

Working with our partners, we are redoubling our efforts to cut off ISIL's funding, improve our intelligence, strengthen our defenses, counter ISIL's warped ideology, and stem the flow of foreign fighters into and out of the Middle East.

We cannot allow innocent communities to be driven from their homelands. The U.S. continues to provide much-needed assistance to Sunni and Shia Muslims who are at grave risk, as well as tens of thousands of Christians and other religious minorities.