The White House Initiative on Asian Americans and Pacific Islanders (AAPIs) was busy throughout the month of June engaging with AAPI community leaders. The Initiative’s mission is to increase access to and participation in federal programs, and we regularly leverage our Regional Network to conduct outreach throughout the country. In June, we facilitated grant writing and technical assistance training programs, expanded professional networks, and increased leadership development opportunities. Here are a few highlights from last month. 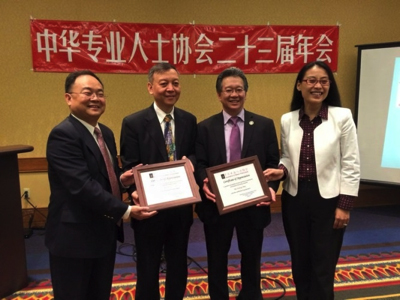 On June 8, the Initiative and the Sikh Coalition hosted a Bullying Prevention Sikh Google Hangout that was attended by participants from across the country. With participation from Maulik Pancholy, member of the President’s Advisory Commission on AAPIs, this online discussion focused on ways to educate Sikh American youth, parents, and community organizers about the resources available from the federal government to combat bullying. To learn more about the Initiative’s work on bullying prevention, visit our AAPI bullying prevention page.

You have more power than you think. Be a part of the solution by pushing local youth empowerment programs @sikh_coalition #AAPIstrong

On June 13, the Initiative’s Southcentral Regional Network hosted its first community roundtable in Springdale, Arkansas. This event was held in partnership with the Arkansas Coalition of Marshallese, the Cisneros Center for New Americans, and the Marshallese Educational Initiative with a goal of educating the local AAPI community about federal programs and services, while providing a platform for the local community to discuss issues that affect them the most. Working with local partners in Arkansas allowed the Initiative to gather over 75 participants from all sectors of the community and build the foundational relationships between local constituencies and their federal agency representatives. 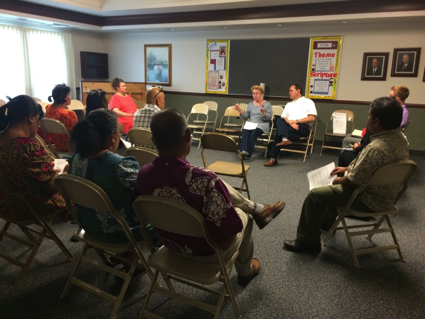 On June 15 and 16, the Initiative and MBDA hosted a business roundtable at the Minneapolis MBDA Business Center with 35 AAPI business leaders. The event addressed ways to further strengthen ties between the federal government and AAPI-owned businesses.

On June 22 and 23, the Asian and Pacific Islander American Scholarship Fund (APIASF) hosted its annual Higher Education Summit bringing together students, college presidents, businesses, philanthropic organizations, and federal government agencies to focus efforts on AAPI students. This summit is a forum for the higher education community to discuss the pressing needs for the AAPI student community and Asian American and Native American, Pacific Islander-Serving Institutions (AANAPISIs)  that serve them. Initiative Executive Director, Kiran Ahuja, was honored for efforts assisting AANAPISIs and working to improve the quality of education for AAPI students.

Don’t miss our upcoming July events, including the fifth White House AAPI Youth Forum on July 9. Participants will hear from Administration and community leaders on a wide range of issues, participate in issue-focused workshops, and have the opportunity to work with their peers to develop plans for addressing local issues.

The Initiative will also be hosting an AAPI Community Roundtable in Austin, TX on July 25 at the Asian American Resource Center. Registration is still open.

To find out more about what’s happening with the Initiative, subscribe to our newsletter.

Mary Lam is Communications Advisor at the White House Initiative on Asian Americans and Pacific Islanders.