July 13, 2015 at 12:35 PM ET by Neil Eggleston
Twitter Facebook Email
Summary:
In a video released today, the President underscored the responsibility and opportunity that comes with a commutation

As a former Assistant U.S. Attorney and criminal defense attorney, I'm well acquainted with how federal sentencing practices can, in too many instances, lead nonviolent drug offenders to spend decades, if not life, in prison. Now, don't get me wrong, many people are justly punished for causing harm and perpetuating violence in our communities. But, in some cases, the punishment required by law far exceeded the offense.

These unduly harsh sentences are one of the reasons the President is committed to using all the tools at his disposal to remedy unfairness in our criminal justice system. Today, he is continuing this effort by granting clemency to 46 men and women, nearly all of whom would have already served their time and returned to society if they were convicted of the exact same crime today.

In a video released today, the President underscored the responsibility and opportunity that comes with a commutation:

BREAKING: President Obama just granted clemency to 46 men and women whose sentences didn't fit their crimes. Nearly all of these individuals would have already served their time and returned to society if they were convicted of the exact same crime today: http://go.wh.gov/KtwU7f

The President also shared his thoughts in a personal letter written to each of the 46 individuals receiving a commutation today: 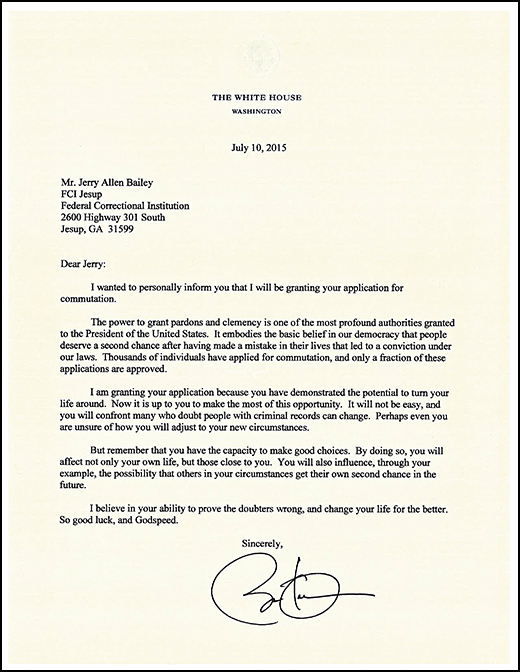 In taking this step, the President has now issued nearly 90 commutations, the vast majority of them to non-violent offenders sentenced for drug crimes under outdated sentencing rules.

While I expect the President will issue additional commutations and pardons before the end of his term, it is important to recognize that clemency alone will not fix decades of overly punitive sentencing policies. Tune in tomorrow as the President shares additional thoughts on how, working together, we can bring greater fairness to our criminal justice system while keeping our communities safe in an address to the NAACP.