Meet the Law That’s Been Quietly Protecting You and Strengthening Our Economy for the Past 5 Years:

July 21, 2015 at 12:00 PM ET by Charlie Anderson
Twitter Facebook Email
Summary:
Five years ago today, the President signed the Wall Street Reform and Consumer Protection Act -- representing some of the most sweeping set of financial reforms we've made since the Great Depression. 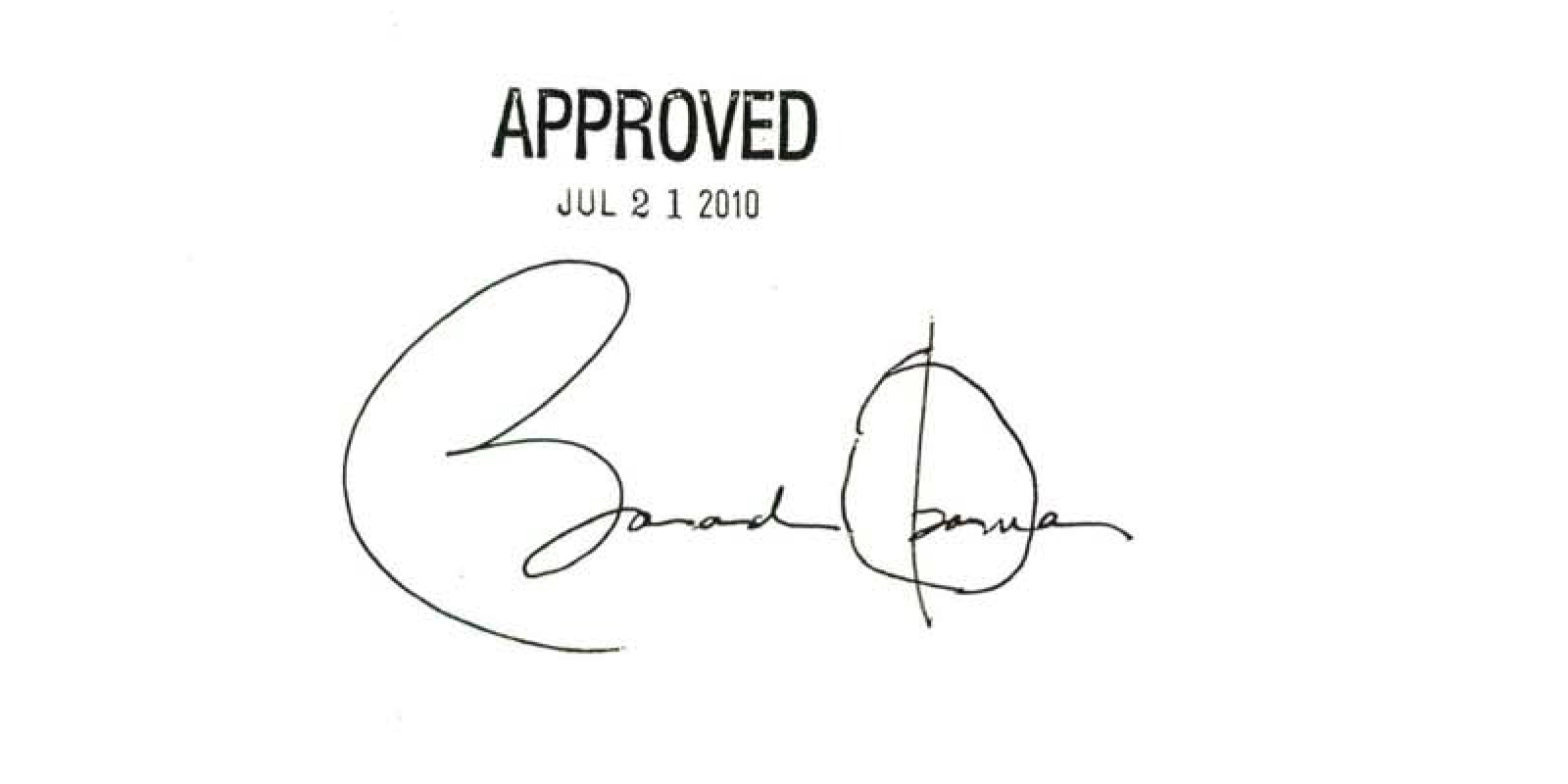 “Dodd-Frank” is shorthand for the Wall Street Reform and Consumer Protection Act, whose chief co-sponsors on Capitol Hill were Senator Chris Dodd and Representative Barney Frank. These reforms — that the President signed into law exactly five years ago today — and others the Administration has put in place since the crisis represent the most sweeping set of financial reforms since the Great Depression.

Why does it matter and why should you care? Let’s take a walk down memory lane.

(And if you just want a quick breakdown of the numbers behind five years of Wall Street reform, take a look here.)

“CFPB” stands for the Consumer Financial Protection Bureau: an independent watchdog responsible for writing and enforcing rules to protect you as you borrow and save. And Wall Street reform made it happen.

Here's why that's a big deal:

You’d be surprised at exactly what lenders were able to get away with during the housing bubble — including loading up a mortgage with extra costs to jack up their own compensation in the short term before shuffling that loan over to a third party, making it their problem. With these bad incentives, lenders steered borrowers toward bad products they couldn’t afford (even when they qualified for better, lower-cost options), often burying the terms of made-to-explode mortgages in the fine print.

Dodd-Frank fixed that. Today, lenders have to assess borrowers’ ability to pay a mortgage first. They have to take responsibility for the risks of the loans they make, giving them “skin in the game” to encourage responsible lending. And they will have to present them to the borrowers in clearer, easier-to-understand terms. And the CFPB is keeping all kinds of consumer lenders honest — from credit card companies, to mortgage lenders, to debt collectors, to student loan servicers. Since 2011, the CFPB’s enforcement actions have delivered nearly $11 billion in relief to more than 26 million consumers harmed by illegal practices -- including a new action announced today.

(Those practices include deceptive marketing, unfair billing, and discriminatory practices by big banks and other financial institutions — and a whole lot more. Learn more about them here.)

2. Remember when you were responsible for picking up the tab for Wall Street’s mistakes? Not anymore.

When large, complex, or interconnected firms (like Lehman Brothers) failed during the crisis, the regulators didn’t have the tools they needed to wind them down safely, without bringing down our entire financial system. That left us with a pretty awful choice: Let our system collapse and risk another Great Depression (which nearly happened after Lehman failed), or have taxpayers step in to clean up the mess?

Wall Street reform fixed that. Today, regulators have something called “orderly liquidation authority,” which is a fancy way of saying that if a big Wall Street firm implodes again, taxpayers aren’t on the hook — investors in the firm and the financial industry pick up the tab. By law, no firm is too big to fail.

3. Remember when huge parts of our financial system were allowed to operate in the shadows? They’re being brought into the light now.

Before the financial crisis, trillions of dollars in complex financial contracts — like derivatives— went almost completely unregulated. Nobody knew who was responsible for what. Sometimes the contracts were only written on paper, stuffed in a drawer, and forgotten. As a result, institutions couldn’t keep track of who owed what to whom. And when a large firm that many other firms relied on to meet their own obligations went down, it had the ability to drag the entire economy down with it.

Here’s how Wall Street reform changed that: Today, most complex transactions have to happen on transparent, centralized platforms with good documentation and better safeguards so that no one firm’s failure can ripple through the entire economy. And regulators now have the power to find and address risks across the financial system, bringing major institutions and major markets that used to escape adequate oversight up to higher standards.

4. Remember when opponents of reform said the sky was going to fall? It didn’t.

Five years ago, opponents of this bill said that its reforms would hurt lending and kill jobs. Five years later, here’s what we know:

Business lending by banks is up 30 percent.

Unemployment is the lowest it’s been in seven years.

And we’ve had the longest streak of private-sector job growth on record -- with nearly 13 million jobs created.

The President’s still working to protect American consumers; keep our markets safe, open, and fair; and provide a foundation for strong economic growth. We’re making new rules to make sure your retirement advisor is working in your best interest, we’re protecting our service members and their families from predatory lenders, and we’re making sure our financial institutions can stand up to the toughest conditions the market has to offer through annual stress tests.

We’re finishing the financial reform work that Dodd-Frank started, and we’ll stand up against any efforts to roll it back.