On the Passing of Dr. John H. Gibbons, Science Advisor to President Clinton 1993-1998

Dr. John H. (“Jack”) Gibbons passed away on July 17, 2015, from complications from a stroke. He was 86. He is survived by his wife of 60 years, Mary Ann Hobart Gibbons, a sister, two daughters, and eight grandchildren. The memorial service will be held at 2 pm September 19 at Grace Episcopal Church in The Plains, Virginia. 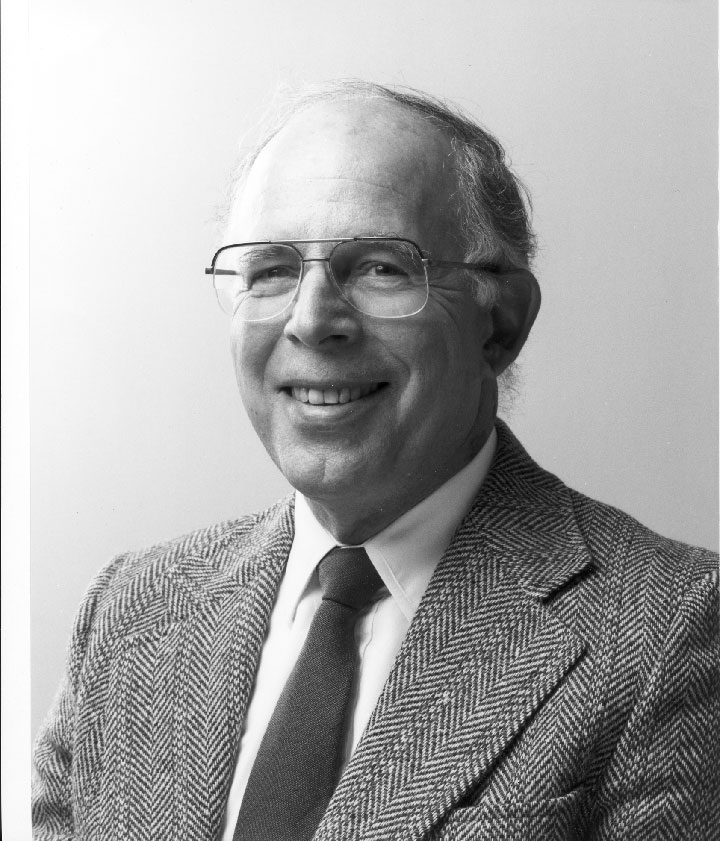 Jack served from the beginning of the Clinton Administration in 1993 until 1998 as Assistant to the President for Science and Technology, Director of the White House Office of Science and Technology Policy, and Co-Chair of the President’s Council of Advisors on Science and Technology (PCAST). His influence in the Clinton White House was evident in the Administration’s signing the Comprehensive Nuclear Test Ban Treaty (which, alas, the Senate has never ratified, even though the United States has not conducted a nuclear-explosive test since 1992); in increased cooperation with the former Soviet Union to keep nuclear materials from falling into the wrong hands; in ramped-up government attention to global climate change, including, very importantly, significant increases in budgets for energy research, development, and demonstration; in new initiatives in biomedical research; in the establishment of the National Bioethics Advisory Commission; and much more.

Before being tapped by President Clinton to be his Science Advisor, Jack was the Director of the Congressional Office of Technology Assessment. His service in that role from 1979 to 1993 covered two thirds of that body’s existence; it was established in 1973 and eliminated in 1995. Jack built OTA into an immensely productive, influential, and widely respected source of policy-relevant science and technology insight, not just for the Congress but for the Nation. When Jack moved to the Clinton White House two years before OTA’s demise, he brought with him to OSTP a cadre of OTA stars including Rosina Bierbaum (later Associate Director for Environment and then Acting Director at OSTP, and now a member of the Obama PCAST), Skip Johns (Associate Director for Technology), Henry Kelly (Assistant Director for Technology), Mark Schaefer (Assistant Director for Environment), Holly Gwin (General Counsel and Chief of Staff), and Susie Bachtel (Executive Secretary).

After receiving his PhD in physics from Duke University, Jack joined the scientific staff at the Oak Ridge National Laboratory (ORNL), where he led the nuclear geophysics/astrophysics division and studied the production of heavy elements inside stars. But his interests quickly broadened to include the intersection of science and technology with societal challenges around energy and environment. In the 1960s, he became the Director of ORNL’s Environmental Quality Study Project, focused on the environ-mental impacts of power generation. Under Jack’s leadership, this group did some of the earliest detailed work illuminating the potential for increasing the efficiency of energy use in buildings, energy, and transportation.

Then, shortly before the October 1973 oil embargo, Jack was called to Washington to become the first Director of the U.S. Office of Energy Conservation, which was made a part of the Interior Department. He was joined in the leadership there by Maxine Savitz, who from a perch at NSF had funded his energy-efficiency work at ORNL. (Maxine, who became a lifelong friend and collaborator, was subsequently Deputy Assistant Secretary of Energy for Conservation and a senior official at Allied Signal and Honeywell, and is currently a member of the Obama PCAST.)

From late 1974 until taking the reins at OTA in 1979, Jack served as Professor of Physics and Director of the Energy, Environment, and Resources Center at the University of Tennessee. Along with John Holdren at the University of California, Berkeley, Rob Socolow at Princeton, and Granger Morgan at Carnegie-Mellon, Jack was part of the small and close-knit group of academics engaged in this period in building interdisciplinary energy and environment programs at major U.S. universities. In this period Jack also played an immensely important role as Chairman of the (Energy) Demand Panel of the 1975-1979 National Academy of Sciences study of the U.S. energy future. The report of Jack’s panel, which he arranged to have published as a lead article in SCIENCE as well as, later, part of the book-length report of the whole study, combined engineering and economic analysis to argue that the United States could increase the energy efficiency of the U.S. economy by two-fold over the next 25 years. Controversial at the time, this analysis proved prescient. The factor of two improvement materialized.

There follow excerpts from tributes to Dr. Gibbons that have been written by three of his long-time colleagues and collaborators: current members of the Obama Administration's PCAST Maxine Savitz and Rosina Bierbaum, and current OSTP Director and Assistant to the President for Science and Technology John Holdren.

I had the opportunity to be the NSF program manager of Jack’s initial work on energy efficiency at ORNL. I then joined him at the Federal Office of Energy Conservation immediately after the oil embargo, when there were gas lines and concerns about electricity shortages. Jack's credibility as a scientist enabled him to lead the crafting and then acceptance of energy policies such as "right turn on red", 55 mph highway speed standards, and a new focus of Federal R&D on energy efficiency, which initiated the early development of more efficient light bulbs, refrigerators, electric vehicles, and more.

Jack continued his interest and contributions to energy efficiency and science policy throughout his career. Jack really "walked the talk", and he liked walking and talking with colleagues, friends, family and particularly young people to whom he would point out the importance of energy and environmental conservation. It was a privilege and honor to work and know Jack over decades, and I will really miss his wise counsel and humor.

Jack had a charming Southern gentlemanly way that instantly put one at ease and disarmed critics. Behind that mild demeanor was a laser-like focus on the issue at hand. Many an unwary opponent found themselves soundly outwitted on a wide range of science and technical issues; Jack always treated the routed with respect, but he was a force to be reckoned with.

During the OTA era, he had the ear of Democrats and Republicans alike; reports produced under Jack’s leadership shaped bipartisan legislation and elevated the level of scientific discourse so that both sides of a political issue would argue with the same body of science as the basis. Jack insisted that fully half of the time spent on a report was focused on exposition, believing that science communication was key to advancing sound policy.

Jack was the first OSTP director to create a Division focused on the Environment, recognizing, as he did, the role of science in understanding—and the role of technology in addressing —the increasingly interconnected and challenging environmental problems faced by civilization at the local, national, and global levels. He oversaw the first National Climate Assessment, the first 10-Year Plan for Global Change Research, and the first “Report Card” on the State of the Nation’s Ecosystems. Another first was his successful advocacy for creating the Cabinet- level National Science and Technology Council, which develops and implements cross-agency initiatives.

Jack had an amazing recall of about 2000 quotes ranging from the classics to science to cartoons, and he drew on them to spice up his invariably trenchant remarks on any topic. Some of his most memorable—as he warned about the dangers of climate change—included “Americans never see the handwriting on the wall until their backs are up against it” (Adlai Stevenson) and “If we don't change our direction we're likely to end up where we're headed” (Chinese Proverb).

Dr. Gibbons loved all forms of music, and even played the washtub at the memorable OTA holiday parties. He met his wonderful wife, Mary Ann, on a choir long ago; his dedication to singing was such that he interviewed for the Science Adviser position with Bill Clinton and Al Gore in Arkansas on Christmas Eve of 1992, but made it back to Virginia in time to sing in the evening service in The Plains. As former Vice President Gore has said, “He was utterly unique and irreplaceable.”

Jack and I had been close colleagues and friends since the early 1970s, drawn together by similar interests and pursuits in interdisciplinary teaching, research, and policy engagement around issues of energy and environment. We worked together particularly closely on the National Academy study of the U.S. energy future, for which I was a member of the Steering Committee and Jack the chairman of the Demand Panel. When Jack became President Clinton’s Science Advisor, he persuaded the President to make me a member of PCAST. Without the experience and visibility I gained in that position, I very much doubt that I would have ended up Science Advisor to President Obama.

Jack was a pioneering leader in science and public policy; a remarkably generous mentor (to me and many others); a superb motivator and manager of talented teams of colleagues; a caring friend; and just a remarkably unflappable, upbeat, good-hearted human being, with an unfailing sense of humor that kept all around him laughing with him and at ourselves. I will miss him terribly.