Ed. note: This is cross-posted on the U.S. Coast Guard's blog. See the original post here.

Today, the U.S. Coast Guard celebrates 225 years of Service to Nation. Over the past 225 years, the service has grown and adapted to the changing needs of our Nation. As the Coast Guard looks to the future, we celebrate our legacy, partnerships and celebrate how far we have come as a service. Join us in celebrating the Coast Guard’s 225th birthday today and throughout the rest of the year using #CG225th! 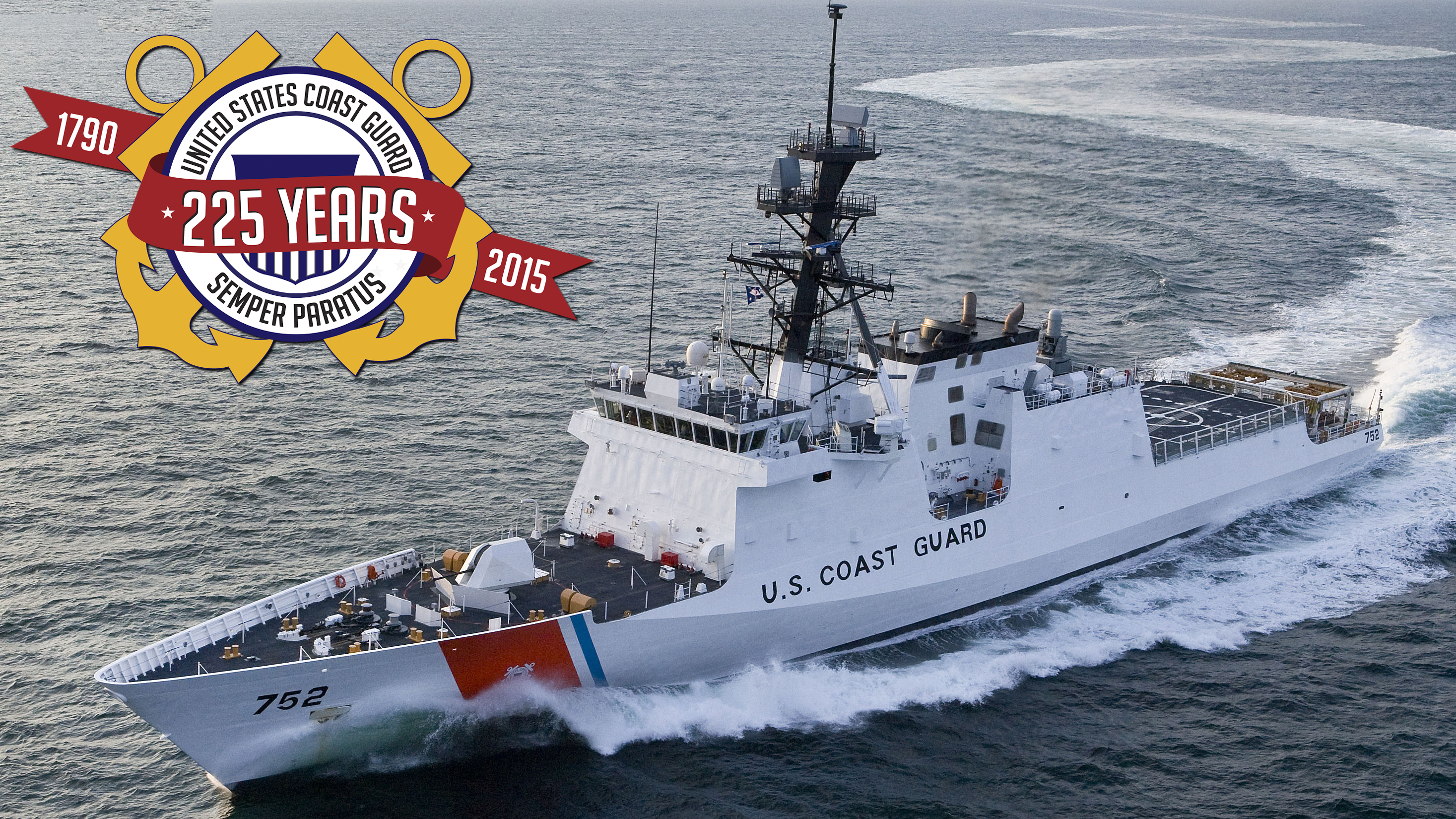 From the first lifesaving stations on the shores of Massachusetts where crewmen rowed small, wooden boats into overpowering surf in hopes of rescuing people from storm-battered ships to the Coast Guard’s newest, largest and most technologically advanced 418-foot national security cutters designed to conduct multiple Coast Guard missions around the world, the Coast Guard has been there.

Brave Coast Guard men and women like Signalman 1st Class Douglas Munro, who died evacuating Marines from Guadalcanal during World War II, and Lighthouse Keeper Ida Lewis, who is credited with saving the lives of at least 18 people during her 39 years of service at Lime Rock Light in Rhode Island, have dotted the Coast Guard’s 225 years of service.

When President George Washington passed the Tariff Act on Aug. 4, 1790, he likely didn’t know that the bill submitted by Secretary of the Treasury Alexander Hamilton would create a service that would outlast the trials and tribulations of the nascent country, growing into the nation’s premier maritime law enforcement service.

With the passing of this bill, Hamilton was given the authority to build 10 cutters to protect the Nation’s lifeblood, our revenue. These 10 single-masted sailing ships, estimated to cost only $1,000 each, became known as the Revenue Cutters that marked the creation of our sea-going service.

The Coast Guard traces its roots to this day and celebrates the foundation laid by these early revenue cutters and the crews that selflessly served to protect our shores and guard the revenue that kept our country strong.

As the Nation grew, so did the Coast Guard. Over the past 225 years, Coast Guard missions have grown from enforcing revenue laws to ensuring maritime safety, security and stewardship along our shores and across the globe.

“The Coast Guard is more relevant today than at any time in our 225-year history,” said Coast Guard Commandant Adm. Paul Zukunft. “Transnational criminal organizations use drug profits to destabilize governments in our hemisphere. Our nation’s resurgence in American energy production has increased the flow of maritime commerce on our waterways. There is increased human activity in the Arctic and cyber threats endanger our digital systems. We are evolving to meet these challenges and invest in a 21st century Coast Guard that will continue our service to nation that is 225 years strong.”

The Coast Guard continues to celebrate the legacy of its formative services and the heroism of those who served. Our missions may have changed over the years, but one thing has remained constant: the selfless service of each and every person that takes the oath to protect their country as part of the U.S. Coast Guard.

Why do Coast Guard men and women choose to serve their nation? Watch the below video to find out! Join us in celebrating #CG225th today and throughout the rest of the year!