Stronger Together: Your Voice in the Workplace Matters

August 12, 2015 at 11:17 AM ET by Secretary Thomas E. Perez
Twitter Facebook Email
Summary:
Secretary of Labor Tom Perez writes about why worker voice matters -- both to workers and to businesses.

Our nation's continued recovery from the worst recession in generations has given us a lot to celebrate. We saw over 3 million jobs created in 2014, the best year since the end of the Clinton administration. We’re experiencing the longest streak of private-sector job growth on record. Our businesses created more than 200,000 jobs in 15 of the past 17 months -- the first time that has happened since 1995. In 2009, there were seven job seekers for every open job. Today there are fewer than two.

But our job isn’t done yet. While productivity has increased more than 90 percent since 1979, real wages are still not climbing fast enough. A lot of people are back to work, but far too many families are finding it nearly impossible to get ahead.

That’s not just a problem for those families -- it's a problem for us all. Our nation is stronger when prosperity is broadly shared. And as we’ve seen throughout our history, one necessary ingredient of shared prosperity is working people banding together and raising their voices.

These benefits -- benefits that most of us take for granted today -- weren’t inevitable. They were demanded by the working people of this nation -- people who wanted to go to work each day and return home with their dignity and a decent wage; people who wanted their chance to reach for the American Dream.

History has shown that there is a correlation between a healthy middle class and a robust labor movement. According to data from the Bureau of Labor Statistics, the median weekly earnings for union members last year were $200 a week more than for non-union workers. That's not pocket change -- $200 a week is the difference between paying the bills and worrying about whether the lights will go out.

There's an inverse relationship between union membership and the size of the gap between rich and poor. As the number of workers choosing to be represented by unions increased in the middle of the 20th century, the share of income going to the wealthiest 10 percent declined and prosperity was broadly shared. But as union membership has steadily fallen in recent decades, the share of income going to the top 10 percent has steadily climbed.

Many workers want to exercise their voice through a labor union; some are finding new and innovative ways to come together and be heard. Fast food workers, for example, have captured the attention of the nation with their fight for higher wages. Domestic workers in New York demanded the basic workplace protections enjoyed by most workers, but that had been denied to them for decades. And brave construction workers in Texas came together to stand up for safer working conditions when too many of their colleagues failed to come home at the end of a shift because their employer cut corners on safety.

One of these workers is Dolly Winter, a dispatcher at Citi Bike in New York City, who spoke up for change when she found that she and her coworkers were encountering unfair treatment from management. Together, they joined a union so they could push for better working conditions and equal scheduling opportunities.

Learn more about Dolly’s story when she takes over @LaborSec on Twitter today. 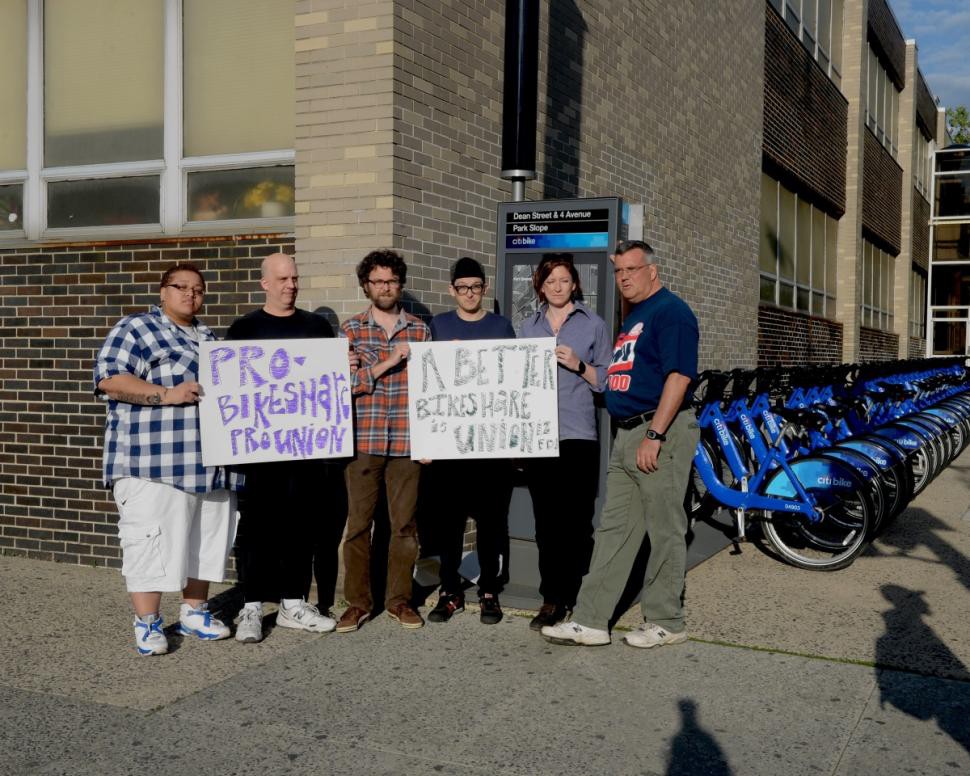 At the same time, employers are recognizing the benefits of empowering their employees to build successful, profitable businesses founded on middle-class jobs. Across the country, we’ve seen company after company raise their minimum wage, offer sick and parental leave, and commit to fairer scheduling practices.

President Obama knows that, to make sure that workers partner in building up the U.S. economy and ensuring the benefits of that growth are broadly shared, we must empower more workers with a voice. That's why he is convening a Summit on Worker Voice on October 7. The Summit, which will bring together workers, employers, unions, organizers, and other advocates and experts; will highlight the value of collective bargaining; examine challenges facing workers trying to organize in the 21st century; bring attention to new, innovative ways that workers are coming together to have a voice in their workplaces; and engage employers who are collaborating with their workers to create meaningful partnerships that are good for workers and businesses.

It can't happen without your voice, and we just released a brand-new tool where you can share your individual worker story. Tell us about how you  -- or someone you know  -- has stepped up in your workplace to challenge your employer to treat their employees better.

We have an opportunity, as our recovery continues, to emerge even stronger than before the Great Recession. But we can only do that if we make sure that everyone is contributing to economic growth and sharing in it. The Summit on Worker Voice will energize a new generation of Americans to come together and recognize the potential power of their voice at work.