August 14, 2015 at 10:05 AM ET by Jason Furman, Jeffrey Zients
Twitter Facebook Email
Summary:
In honor of Social Security's 80th birthday, we show a few ways that it provides protection against life’s many uncertainties.

Eighty years ago today, President Franklin D. Roosevelt signed into law the Social Security Act, changing the landscape of American society by ensuring a basic level of financial security for retired workers and their families. As President Obama stated on the Act’s 75th anniversary, Social Security “is a lasting promise that we can retire with dignity and peace of mind, that workers who become disabled can support themselves, and that families who suffer the loss of a loved one will not live in poverty.” In honor of its 80th birthday, we recognize a few of the ways in which Social Security provides protection against life’s many uncertainties.

2. Social Security Disability Insurance helps protect 150 million American workers against a catastrophic loss of income due to disability. For 11 million current beneficiaries—workers with disabilities, their spouses, and their dependent children—Social Security Disability Insurance helps pay the rent and put food on the table. On average, beneficiaries worked for 22 years before receiving benefits. 90 percent of workers 21-64 in employment covered by Social Security have worked and paid into the program long enough to earn disability insurance, protecting them from severe hardship if they become unable to work due to disability.

3. Social Security provides survivors insurance, helping to ensure financial security for a worker’s family in the event of an untimely death. 96 percent of workers 20-49 in employment covered by Social Security have worked and paid into the program long enough to earn survivors insurance for their dependent children, ensuring that their families will receive this important support if they die. Nearly 2 million children of deceased workers currently receive survivors benefits, a crucial source of financial support for families coping with a loss. 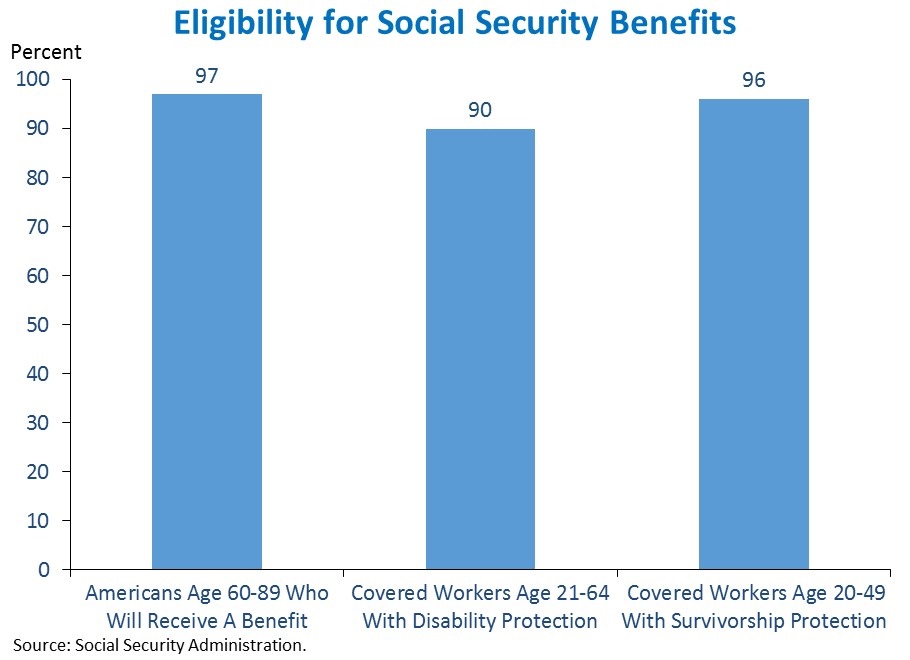 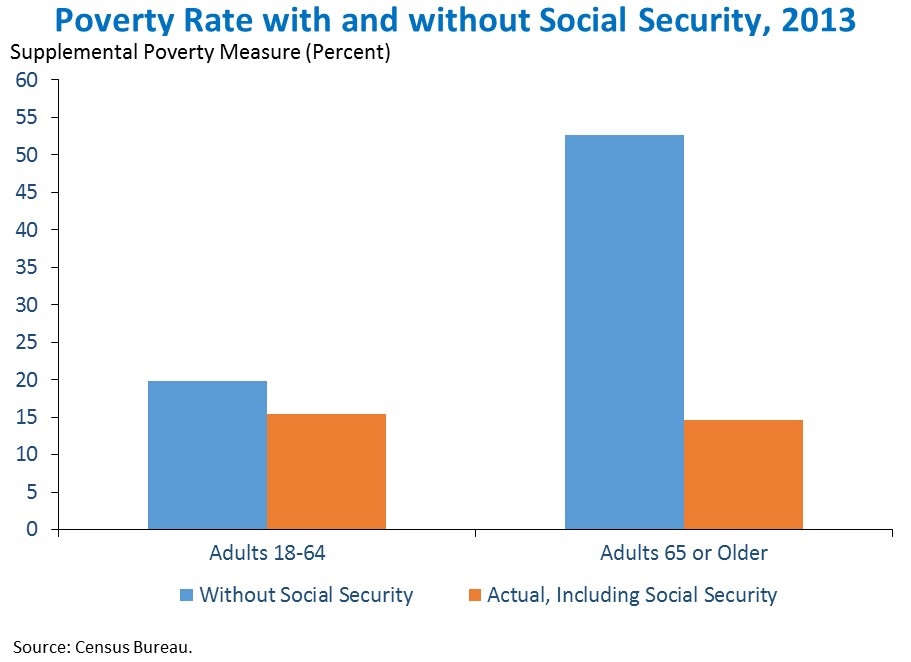 8. Social Security is also particularly important for women due to the combination of lower lifetime earnings, longer life expectancies, and higher probabilities of living into their 80s and 90s. While women make up 52 percent of the age-62 population, they account for 56 percent of beneficiaries 62 and older and roughly two-thirds of beneficiaries 85 and older. In addition, the overwhelming majority of beneficiaries receiving survivors benefits are women.

On today’s 80th Anniversary of Social Security, the Obama Administration is committed to ensuring that Social Security remains a rock-solid, guaranteed benefit that every American can rely on, now and in the future—for retirees and people with disabilities, as well as their families and survivors. For all these reasons, we need keep Social Security strong—protecting its future solvency while strengthening retirement security for the most vulnerable Americans.

As part of this commitment, the President has proposed rebalancing the Social Security program to address a long-foreseen imbalance between the two Social Security trust funds that, respectively, pay benefits to retirees and to workers with disabilities. This simple step, which has been implemented many times before on a bipartisan basis, would ensure that workers with disabilities, retirees, and survivors receive the full amount of earned and expected benefits while policymakers develop longer-term policies to strengthen the Social Security program as a whole. However, if lawmakers fail to act, workers with disabilities could face deep and abrupt cuts in their benefits in 2016. Such a cut is completely unnecessary as the combined trust funds have enough resources to pay full disability, retirement, and survivors benefits for nearly two decades.