Here's How Pittsburgh Took Action Through a Local and Federal Partnership to Make Lives Better:

In December of 2013, President Obama brought a coalition of new mayors from across the country together to develop plans for America’s progress and growth based on federal-local partnerships. The President’s commitment to removing barriers in Washington has given mayors like me the tools and resources necessary to create a better economic environment in cities throughout the country. In the face of gridlock, mayors across the country are working hard to get things done.

We in Pittsburgh know that we can't afford to wait for Congress -- we need to take action and find partners where we can.

Our new sick leave policy, which I signed into law last week, is a great example of Pittsburgh taking the lead while Congress sits on its hands. America is the only developed nation without a comprehensive sick leave policy, and we could not sit idly by. Pittsburgh is proud to be the 20th city to adopt a paid sick leave policy. We genuinely believe that as one of America's most livable cities, we have a responsibility to ensure a high standard of living for all of our residents. This legislation supports the health and well-being of thousands of city residents, as well as raising the overall public health of our communities. I'm proud of the collaborative effort in City Council that resulted in a bill that provides workers the support they need without imposing an undue burden on our City's small businesses. 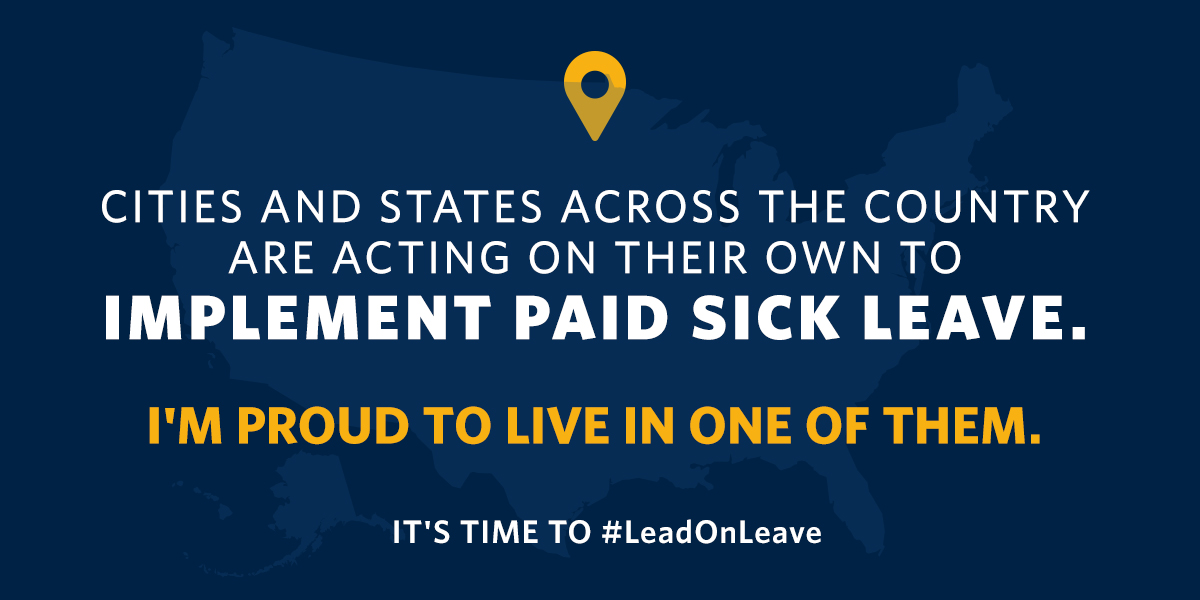 In addition to moving the President’s policy agenda forward, we have partnered on numerous initiatives. From the moment I took office, my administration has had direct access to federal support related to education, economic development, energy efficiency, immigration, manufacturing, community policing, workforce development and technology.

In the last year and a half, Pittsburgh has been a part of several White House initiatives that have had a direct impact on our region.

We are happy to be an active partner with the White House on sick leave and many other initiatives. Pittsburgh is a City on the move, and we are grateful for the partnerships we’ve been able to create -- both with other communities and with the President -- that improve our quality of life and continue to make us America’s Most Livable City.

Bill Peduto is Mayor of the City of Pittsburgh.