Here’s How the Federal Government is Working with Local Communities to Create Change, in One Map:

August 26, 2015 at 9:00 AM ET by Shaun Donovan
Twitter Facebook Email
Summary:
Get the facts and data behind the programs the Obama administration has put in place in partnership with the communities they intend to serve, all across the country.

As the Director of the Office of Management and Budget, it’s my job to oversee the implementation and enforcement of the President’s priorities across the Administration.

You might call us the nerve center where goals become initiatives, and initiatives become programs at work on the ground in local communities and states across the country.

With that in mind, let’s go back to basics for a second and focus on something we can all agree on:

Any plans that we want to make for improving communities across the country need to be hatched in partnership with those communities -- by the people who live in them, work in them, and stand to benefit from them. 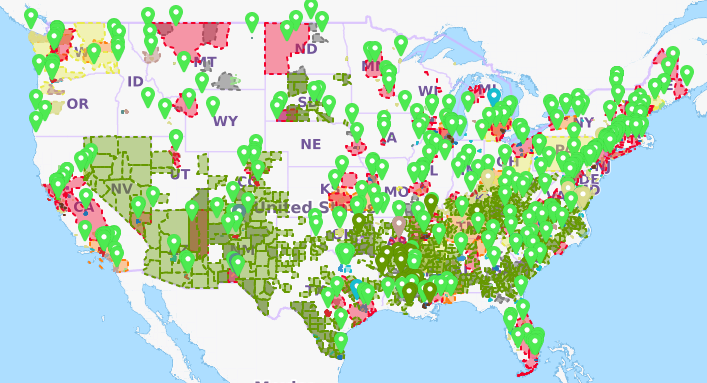 This week marks ten years since the neighborhoods of New Orleans were left devastated by Hurricane Katrina. Since then, community partnerships with the federal government have helped revitalize those communities. They’ve made sure the city’s vital health clinic system stays funded and delivering high quality services. They’ve laid the groundwork to open the Loyola Avenue-Union Passenger Terminal Streetcar Line in the city’s business district. They’ve brought the number of homeless veterans in New Orleans to a functional zero by December of 2014 – more than a year ahead of the proposed goal. (Hear straight from a New Orleanian about the role open data played in the city's transformation.)

There are projects like these at work across the country, whether you realized it or not.

Over the course of the past six years, this Administration has been steadily creating programs in partnership with the communities they intend to serve – from southeastern Kentucky to Fresno to Detroit.

While there are a lot of things we have been up to from addressing climate change to poverty alleviation, we are taking a new approach -- one that relies on communities developing plans that best fit their needs rather than the laundry list of programs the government has. It’s pretty simple. First, we partner with communities by seeking out their plans or vision. Second, we take a one-government approach that crosses agency and program silos to support communities in implementing their plans for improvement. Finally we focus on what works, using data to measure success and monitor progress.

We wanted to give the American public a sense of exactly what that looks like – and give you the opportunity to take a look at what’s at work in your area. So today, we released a snapshot view of the Obama administration’s community-based initiatives. It combines datasets from initiatives across more than 15 Federal agencies – and we’re adding datasets and features as we continue building it.

Take a look – see what’s at work in your area.

Then, share how you’ve seen these programs at work in your community. If you’ve got a photo, share that with us, too.

From the start, this map has been built in the open, and source code is available on GitHub. We want to know what you think, and how we can improve it – so share your thoughts with us here.