August 27, 2015 at 11:20 AM ET by Ashleigh Axios
Twitter Facebook Email
Summary:
Follow along live as President Obama travels to New Orleans to meet with the Mayor and residents who have rebuilt their lives since the storm.

This blog post will be updated throughout as the President travels to New Orleans to meet with the Mayor and residents who have rebuilt their lives since the storm.

“That’s the story of New Orleans…a city that, for almost 300 years, has been the gateway to America’s soul. Where the jazz makes you cry, the funerals make you dance, the bayou makes you believe all kinds of things. A place that has always brought together people of all races and religions and languages. And everybody adds their culture and their flavor into this city’s gumbo. You remind our nation that for all of our differences, in the end, what matters is we’re all in the same boat. We all share a similar destiny.” —President Obama marking the 10th anniversary of Hurricane Katrina in New Orleans: go.wh.gov/Katrina10 #Katrina10

President Obama, reflected in mirror, stops for lunch in New Orleans at Willie Mae's. Yes the fried chicken was that good.


In Treme, I was inspired by the progress & people 10 years after Katrina. It gives us hope, but our work isn't done. pic.twitter.com/LDqsARhnZt


.@POTUS pauses to say hello to a darling little boy in Treme pic.twitter.com/9B0mQkZ8OA

Trying out the new full frame update and wanted to see how a vertical looked. This is during the President's round table briefing in New Orleans yesterday. DSLR FYI.

And here's an example of the new full-frame Instagram option for horizontals. Another photo from yesterday's visit to New Orleans. 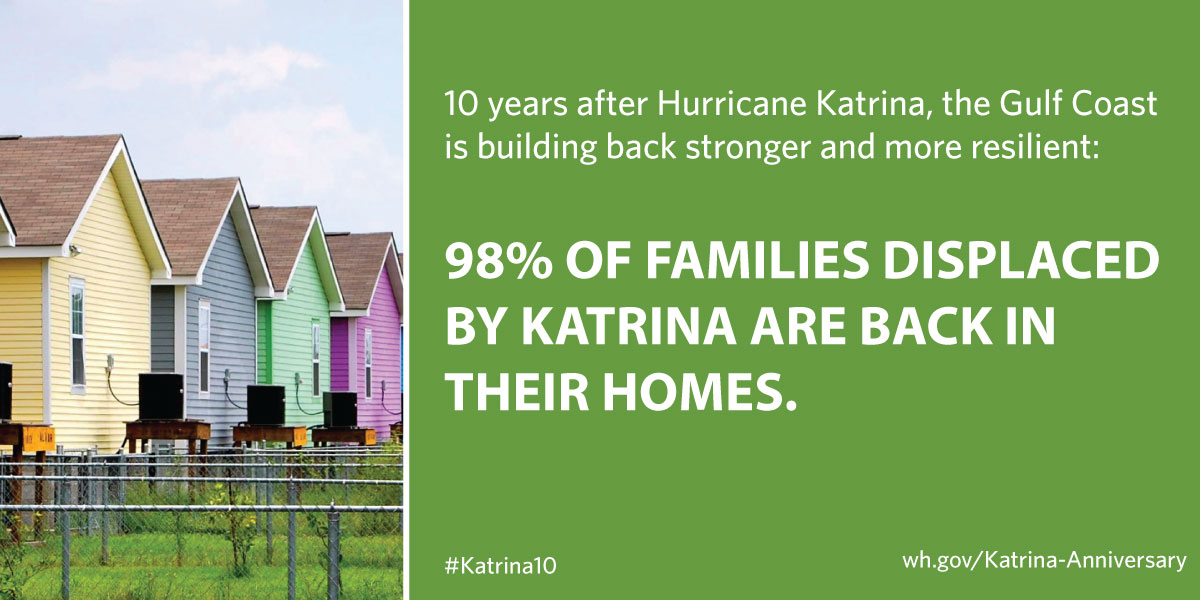 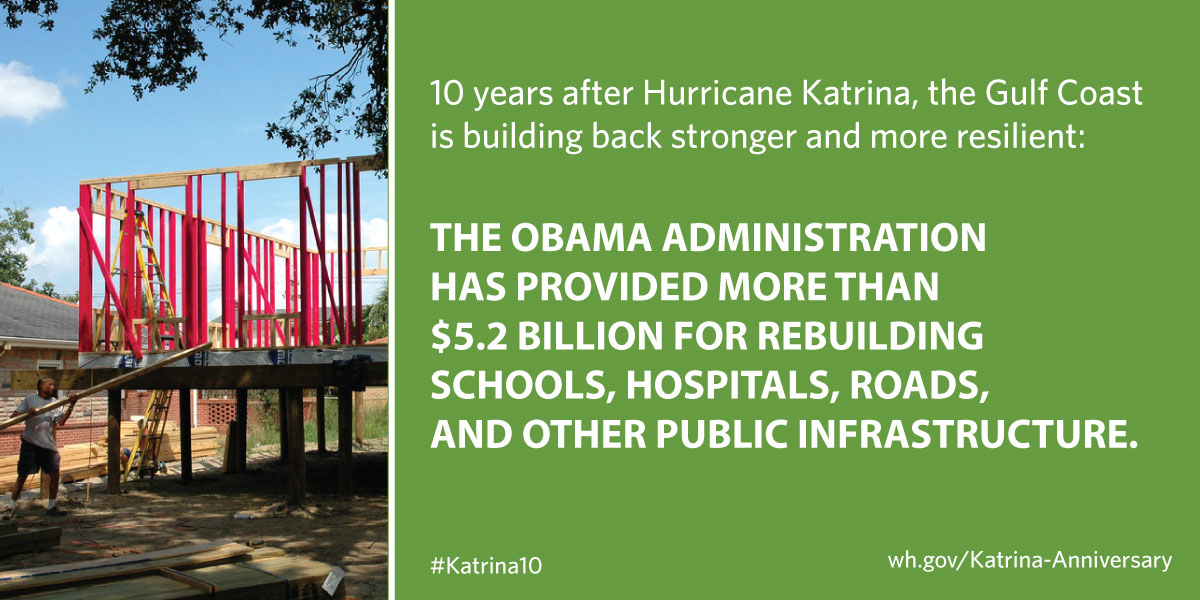 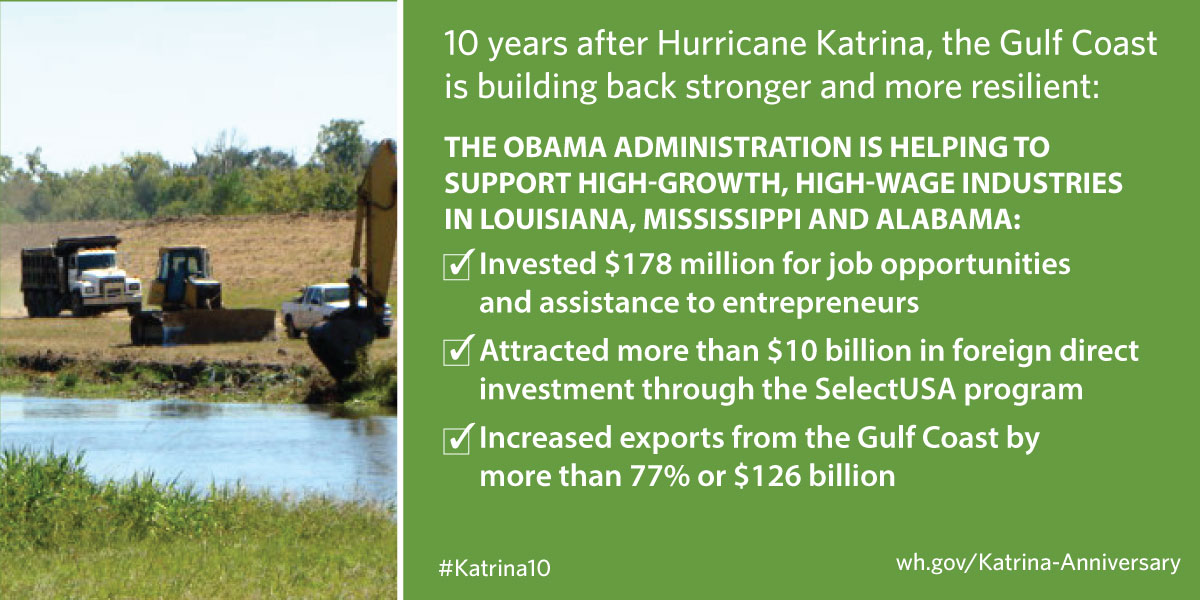 Since taking office, President Obama has made it a key priority to continue and expedite the recovery and rebuilding efforts since Hurricane Katrina, the costliest natural disaster in U.S. history, by:

10 years after Hurricane Katrina, the Gulf Coast is building back stronger and more resilient:

98% of families displaced by Katrina are back in their homes.

We've provided more than $5.2 billion since 2009 for rebuilding schools, hospitals, roads, police and fire stations, and historic museums and buildings.

See what community-building programs are already at work in your area with this interactive map.

Share how you’ve seen these programs at work in your community. If you’ve got a photo, share that with us, too.

President Obama is making the biggest commitment in American history to reduce carbon emissions and slow the impacts of climate change.