On the Passing of White House Staffer Jake Brewer:

We are grieving over the loss of our friend and teammate Jake Brewer. 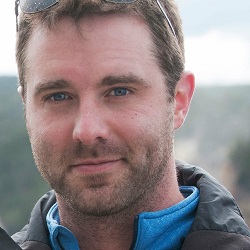 Throughout his life, Jake dedicated his creativity, brilliance, enthusiastic optimism and actions to helping others. He believed that public service could not only improve people's lives but also change for the better our very notion of the good that our government can deliver: a nation of the people, for the people, by the people which brings the best of our country to bear – collaborating together on our toughest challenges using our best approaches.

He had a generous heart and a vision for engaging with technology, data, and most importantly each other, to create opportunity and find solutions together. Jake lived and loved more in his 34 years than some people do in their whole lives.

Even his tragic passing, which occurred during a community event to raise money to fight a disease that had stricken a friend, says so much about his character and the daily example he set for all who knew him. Throughout his career, Jake traveled across the country and around the world collaborating with teammates to help improve the lives of others. His story is filled with high impact adventures in service, inclusion and "doing." He was an awesome addition to the White House family.

A small sample of Jake's work in just the past two weeks included: leading our participation in an event in the Bronx to help underprivileged young people learn to code; working with our colleagues to accelerate the President’s TechHire Initiative; and bringing together leaders from industry and government to use data to connect those with key skills to job opportunities.

Our thoughts are with his family, including his parents and sisters, his wife Mary Katharine Ham, young daughter Georgia and her sibling on the way, and his many friends.

You can read the President's full statement here.

I am shocked and devastated by the tragic accident that took Jake Brewer from his family and from all of us yesterday. Jake was a bundle of brains, energy, commitment, and compassion. I know that the members of Team CTO—indeed, all of us in OSTP and across the EOP—are in mourning over this terrible loss and struggling to think of ways we can help. I know, too, that our grief will be matched in the days ahead by our solidarity and determination to support each other and find every appropriate way to honor Jake and help his beautiful young family through this impossibly painful time.

Jake Brewer served as a Senior Advisor to the U.S. Chief Technology Officer within the White House Office of Science and Technology Policy (OSTP). In this role, Jake oversaw efforts to connect the nation’s tech and innovation assets (people, places, tools, data, and methods) to the Administration’s opportunity creation efforts, enabling all Americans to take part in, contribute to, and benefit from the economy of the future. Jake helped to advance the Administration’s TechHire initiative to create more pathways to well-paying tech jobs by empowering Americans with the tech skills they need to succeed in those jobs. At OSTP, Jake also worked with federal agencies and stakeholders to accelerate the release and use of workforce data to inform workforce training efforts. Jake also supported Administration initiatives to expand America’s access to greater broadband connectivity.

Jake Brewer's impactful career focused on building citizen-led open government and increasing citizens' capacity to have real impact in executive offices and the halls of government. Prior to joining the OSTP team, Jake led global policy and external affairs at Change.org with the aim to remake the relationship between government or corporate leaders and the international public impacted by their decisions. Jake also served as co-founder and board president of Define American, working to reframe the American immigration debate in media and culture. Jake's past work also included leading the engagement division of the Sunlight Foundation; launching an initiative on veteran employment with the White House and Code for America; helping create US Ignite—a national "gigabit" initiative responding to the Administration's call to transform healthcare, education, transportation, and more through next-generation Internet applications; and designing the national Civic Data Challenge to bring critical "civic health" data to civic decision-makers. Outside the office, Jake was a competitive triathlete and a published photographer, and he served in a variety of advisory and board roles with organizations building a healthier democracy. He graduated with a B.S. in Psychology / Human and Organizational Development from Vanderbilt University and studied Political Science at the United States Naval Academy.