iCount 2015: Continuing Commitment to Equity for All

September 25, 2015 at 2:03 PM ET by Akil Vohra
Twitter Facebook Email
Summary:
The second iCount Symposium addressed the need for educational equity through the collection and utilization of better data. 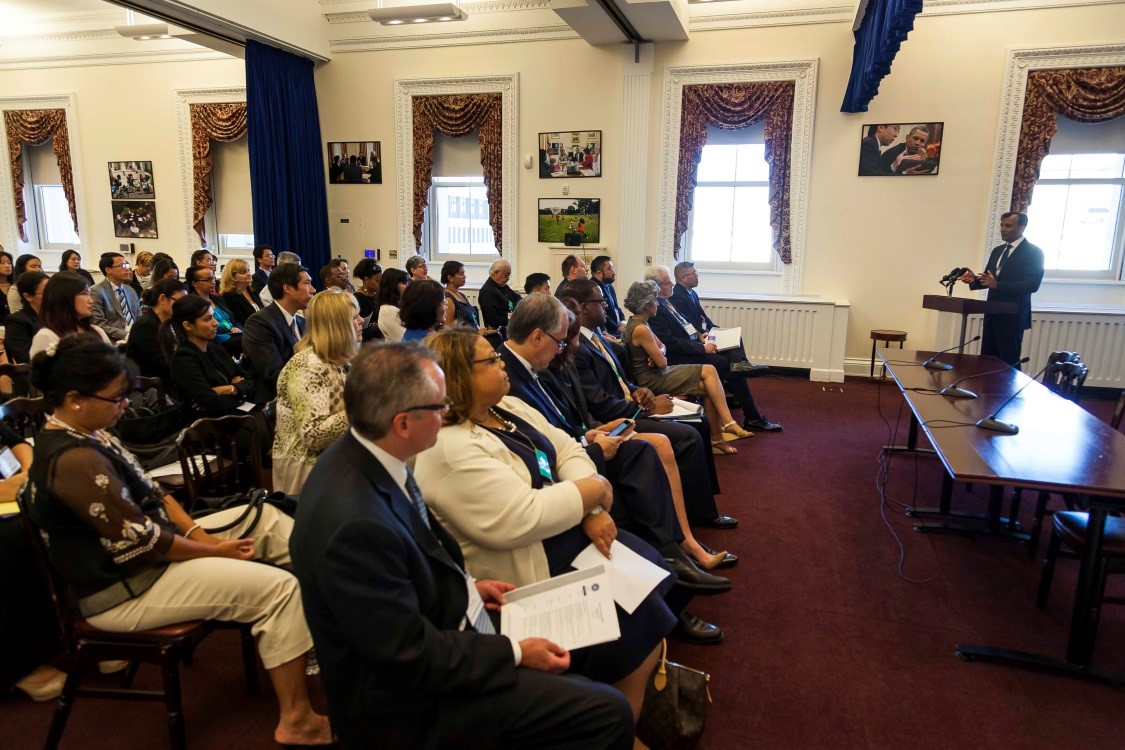 United States Chief Data Scientist DJ Patil speaks on the importance of data disaggregation at the iCount Symposium, the White House, September 15, 2015. (Photo by Will Kim)

On September 14 and 15, 2015, the White House Initiative on Asian Americans and Pacific Islanders and the National Commission on Asian American and Pacific Islander Research in Education (CARE) co-hosted the second iCount: Equity Through Representation Symposium in Washington, DC. We are proud to have brought together nearly 100 participants including students, deans and presidents of colleges, institutional researchers, congressional staffers, and representatives from foundations and advocacy organizations from around the United States and territories to address the need for educational equity through the collection and utilization of better data.

This issue is critical to Asian Americans and Pacific Islanders (AAPIs) as educational data often lumps all AAPI subgroups together, masking the needs of those who need the most assistance including members of Southeast Asian, Native Hawaiian, and Pacific Islander communities.

Guided by the needs and interests expressed during the first iCount Symposium in 2013, this year’s event highlighted local efforts to advance data collection, and in turn, equity for underserved AAPIs. iCount 2015 worked to convene different groups across various regions and spheres of influence to evaluate current efforts and to chart out the best next steps in this effort. Through the enthusiasm displayed by participants and guests during this conference, we reaffirmed the importance of data disaggregation and confirmed our joint commitment to improve data practices both in education and beyond. Each regional cohort recommitted to work in this arena over the coming months and years.

The keynote speaker for our first day, John King, Delegated Deputy Secretary for the U.S. Department of Education, welcomed participants to actively engage in creating strategic next steps. He applauded the determination to broaden the scope of efforts to include K-12 representatives in a more foundational approach to education. John King announced the following commitments on behalf of the U.S. Department of Education:

On day two, United States Chief Data Scientist DJ Patil reaffirmed the Administration’s commitment to using accurate and more granular data in education and beyond. Through this event, we not only addressed the need to coordinate on local, regional, and federal levels, but also sparked interest to engage in another iCount Symposium in the near future.

Through the work that this symposium has accomplished and commits to continue, we are making progress in the movement to achieve equity in education for all.

Akil Vohra is Senior Advisor at the White House Initiative on Asian Americans and Pacific Islanders.