Chart of the Week: How President Obama Plans to Put an AIDS-Free Generation Within Our Reach

September 26, 2015 at 12:26 PM ET by Tanya Somanader
Twitter Facebook Email
Summary:
See where people are suffering under the burden of HIV the most in the world and the new steps President Obama is taking to help.

We believe if we all – governments, the private sector, civil society, including faith-based organizations – bring our collective will and energy together we can achieve an AIDS-free generation and bring this epidemic to a halt.
National Security Advisor Susan Rice

For decades, all we knew about the HIV disease was the devastation it inflicted on millions across the globe. Too often, those suffering from the disease were forced to fight not only for their lives, but for the dignity and compassion they deserved. Today, the United States is a global leader in treating this terrible disease and is dedicated to making an AIDS-free generation a reality.

We’ve made significant progress in the last decades, bending the curve of the epidemic overall – but our fight is far from over. Right now, more than 30 million people in the world are suffering with the disease. More than 95% of HIV infections are in developing countries, with two-thirds of them in sub-Saharan Africa.

Take a look at this chart to see where people are suffering under the burden of this disease the most: 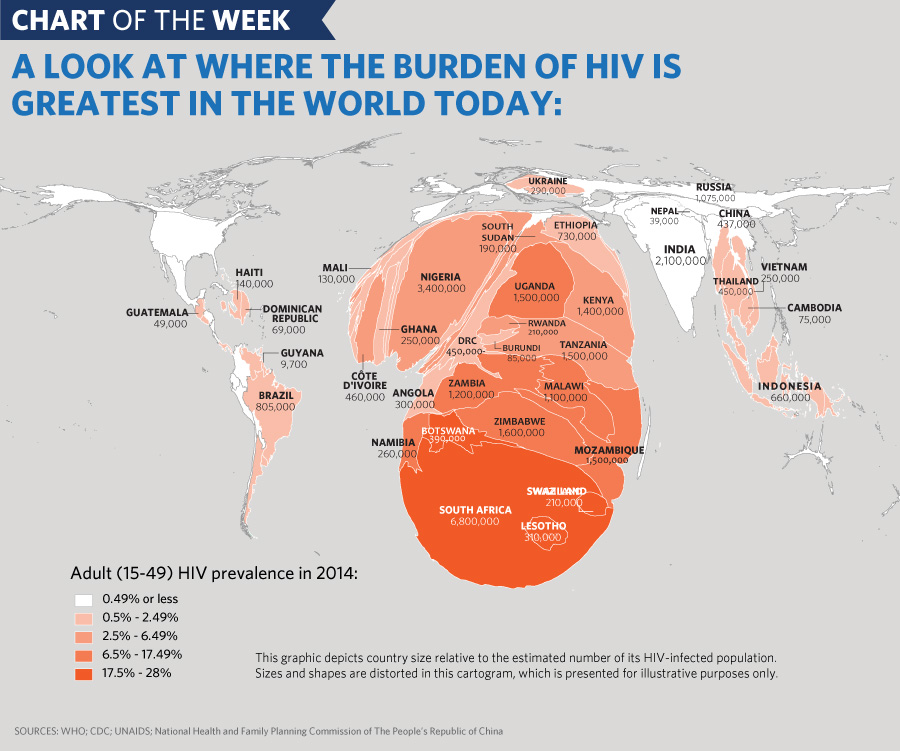 An epidemic like this requires an equally comprehensive strategy to quell it. That is why President Obama is committed to supporting the U.S. President’s Emergency Plan for AIDS Relief (PEPFAR) – the largest investment by any nation to combat a single disease across the globe. Under President Obama, we’ve committed nearly $50 billion to PEPFAR, allowing for coordinated, strategic, and focused action with one overarching objective: Control the spread of HIV.

To date, we have worked with countries across the globe to:

That has taken collaboration among countries, the private sector, civil society, faith-based organizations, and more, to make PEPFAR a success and bring an AIDS-free generation within our reach. But there’s more we can do. Today, President Obama is announcing ambitious new PEPFAR targets for the next two years on treatment and prevention.

But we can’t just rely on treatment to curb this epidemic, prevention interventions are necessary too – methods like voluntary medical male circumcisions. So, by the end of 2016, we will provide 11 million voluntary procedures. By the end of 2017, we will have provided 13 million procedures, cumulatively.

America’s unprecedented focus on an AIDS-free generation under President Obama is not only saving lives, but changing the course of the HIV/AIDS pandemic.  Learn more about PEPFAR here: http://www.pepfar.gov