Email from Ambassador Power: "A Chance to Help:"

September 28, 2015 at 4:38 PM ET by Samantha Power
Twitter Facebook Email
Summary:
Ambassador Samantha Power shared a message about a way for Americans to take action on behalf of refugees around the world.

This morning, Samantha Power, the U.S. Ambassador to the United Nations, sent the following message on the refugee crisis the world is facing and what Americans can do to help relieve the suffering of so many. 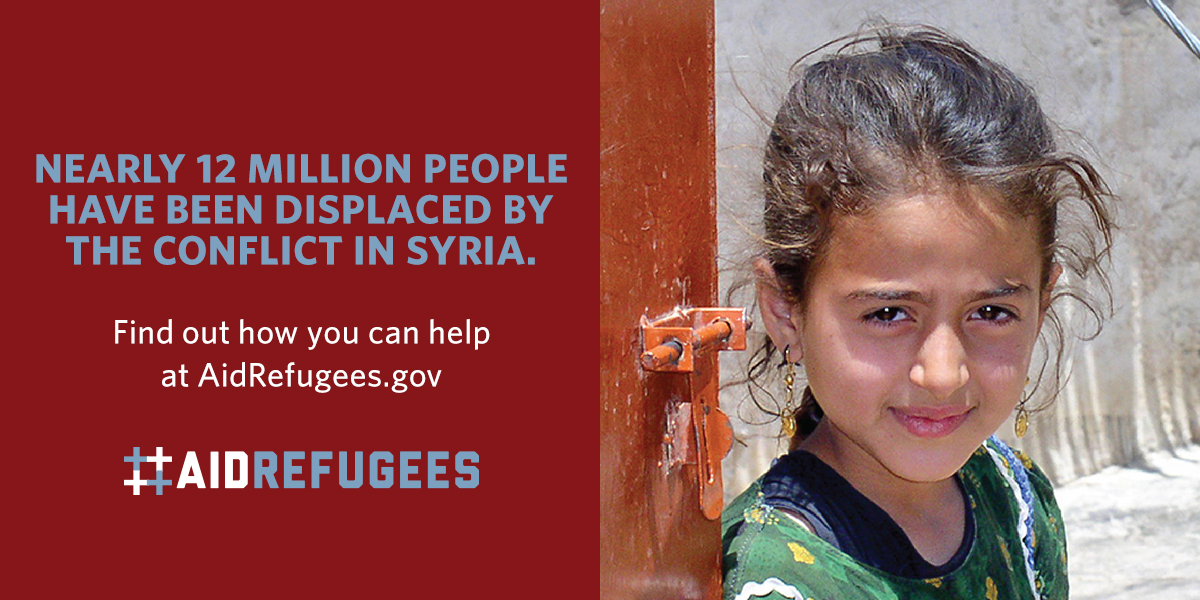 Missed her message? Stay in touch with the White House by signing up for email updates here.

Earlier this year, a Syrian father of eight received a text message.

With that amount, he told a reporter, "You can't even get bread."

Across the region, refugees fleeing the brutality of the Assad regime and ISIL have received similar news of declining support. Just this month, 229,000 Syrian refugees in Jordan learned they would no longer receive any food assistance.

There are ways you can help. Find out how at AidRefugees.gov.

Nearly 12 million Syrians have been forced from their homes by Syria's devastating conflict, four million of whom have fled their country. Syrians given refuge in neighboring countries are safe from the barrel bombings, chemical attacks, and deadly sieges they faced at home. But with few opportunities to work, most must rely on the international community to meet their most basic needs: a roof over their heads, food on their table, a classroom for their children.

This morning, President Obama spoke to the United Nations about American leadership. As the President said, America is the strongest nation in the world, and one of the ways we have always demonstrated that strength is through our compassion for people who are less fortunate.

Syria is no exception. Our government leads the world in contributions to the Syrian crisis, having given $4.5 billion to assist those in need. We have also significantly increased the number of refugees we will admit to the United States, including Syrians. And we continue to work tirelessly towards the political solution that will bring the bloodshed to an end and allow displaced Syrians to return home, as so many wish to do.

But the profound challenges faced by these families cannot be tackled by governments alone. Americans understand this, and many are asking what they can do.

We encourage you to visit AidRefugees.gov and see how you can use your skills, resources, and energy to help Syrians and other refugees in need.