Looking to the Stars for Inspiration at White House Astronomy Night

October 16, 2015 at 7:30 PM ET by Meredith Drosback
Twitter Facebook Email
Summary:
In addition to the White House event, communities across the country are hosting Astronomy Nights to gaze up at the stars. 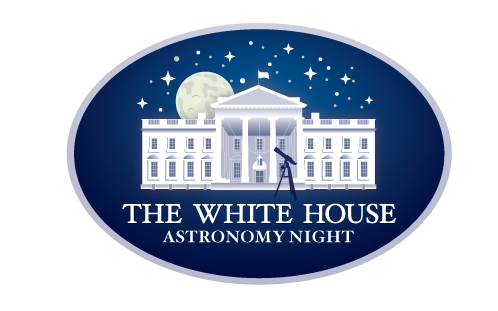 During the first White House Astronomy Night in 2009, President Obama asked students, “What will your great discovery be?”

Inspiration can come from anywhere, but the mind truly expands when the eyes turn skyward and take in the vast expanse of stars and planets visible in the night sky. There was a time when setting foot on the moon was just a dream. Now, not only have we visited the moon, but we have sent robotic explorers to every other planet in our solar system – and Pluto – and are looking ahead to future missions sending American astronauts to Mars.

That inspiration is one of the many reasons why President Obama is hosting White House Astronomy Night on October 19, to encourage students to pursue education and careers in the STEM fields: science, technology, engineering, and mathematics. We are bringing today’s students – and tomorrow’s engineers, scientists, and innovators – to the South Lawn of the White House to gaze at the moon and the stars, to learn through hands-on STEM activities, and to hear from astronauts and other scientists about their exciting experiences.

Portions of the event, including President Obama’s remarks, will be live streamed at whitehouse.gov/live. We’ve also assembled an Astronomy Night toolkit for everyone doing their own events, which includes a set of space trading cards and plans to build your own Mars Habitat prototype.

More than 80 national parks, observatories, schools, museums, and astronomy clubs have let us know they also plan to host an event tied to White House Astronomy Night. To find some of the Astronomy Night events in your area, please refer to the map.

And, of course, Astronomy Night is not limited to just the Nation’s Capital. Anyone can host a night sky viewing party; just try to find an area without too much light and look up – you can use a telescope, binoculars, or just your own eyes. We invite all students, teachers, and amateur astronomers from across the country to organize their own observation night or watch party.

Meredith Drosback is Assistant Director for Education and Physical Sciences at the White House Office of Science and Technology Policy.