October 27, 2015 at 10:07 AM ET by Jason Furman
Twitter Facebook Email
Summary:
The two-year bipartisan budget deal announced today is a major step forward for our economy in the short term and the long term.

The two-year bipartisan budget agreement announced today is a major step forward for our economy. As our strong domestic economic momentum continues to face headwinds from slowing growth abroad, it is critical to avoid the self-inflicted wounds of past episodes of fiscal brinksmanship. Instead this agreement strengthens both short- and long-run growth, setting the stage for more, higher-paid jobs.

Today’s budget agreement includes $80 billion in sequester cap relief over the next two years, plus $31 billion in additional funding. The agreement is front-loaded, with $50 billion of that sequester cap relief and roughly $16 billion of additional funding coming this fiscal year, constituting nearly 90 percent of the discretionary sequester relief for 2016 proposed in the President’s Budget. The sequester relief is paid for over ten years by a mix of spending reforms, stronger tax compliance measures for large partnerships like hedge funds and private equity firms, and other measures. In addition, the bill would provide up-front premium relief in Medicare Part B paid for over several years, avoiding a roughly 50% increase in Part B premiums.

1. The direct effect of the agreement will result in an estimated 340,000 additional jobs in 2016 and a total of 500,000 job-years added in 2016 and 2017, based on analysis of recent estimates from the Congressional Budget Office (CBO). Under this agreement, federal budget authority will rise by $111 billion over the next two years, directly boosting output and supporting aggregate demand. Although the economic recovery has made substantial progress, there is still some slack, and as a result analysts including CBO estimate that avoiding unnecessary austerity will result in a faster pace of job creation and GDP growth. Analysis based on CBO’s recent estimates released in August suggests that the sequester relief in this agreement will add an expected 340,000 jobs and increase the size of our economy by 0.3 percent in 2016. Over the next two years, these estimates suggest that the sequester relief in this agreement would add 500,000 job-years in total.

These estimates are based on an analysis of CBO’s prior estimates of the economic impact of full relief from the sequester in 2016 and 2017, assuming a constant ratio of economic impact to sequester relief in a given calendar year. They include the effects of the agreement relative to current law, which would raise discretionary outlays by about 0.2 percent of GDP in each of the next two years. The estimates omit any aggregate demand effect of avoiding the Medicare Part B premium hike and potential mandatory and revenue offsets. 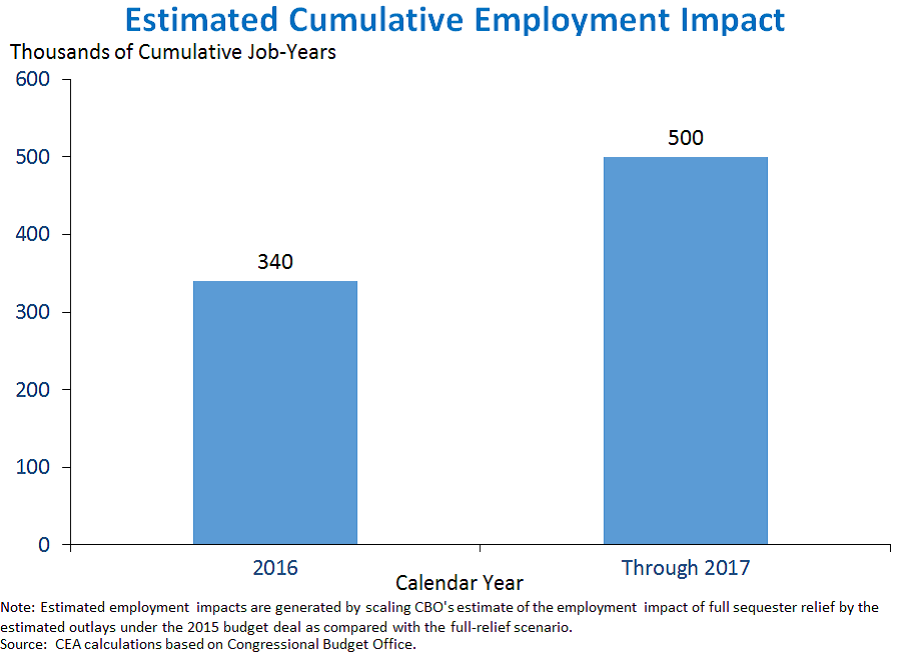 2. The indirect effect of increased certainty and confidence could further boost job creation and economic growth above the estimates based only on the direct effect. By raising the debt limit, ensuring that the Social Security Disability Insurance program provides full benefits to workers, and putting Congress in position to complete a budget, this legislation will continue our domestic momentum and reduce the recent policy uncertainty that threatened to weigh on economic growth. Several years ago, when Congress forced fiscal crisis after fiscal crisis, the costs to our economy were clear. Consumer and business confidence fell to record lows, and fiscal policy uncertainty cost 900,000 jobs, according to a Macroeconomic Advisers estimate. Conversely, the turn away from manufactured crises since 2013 helped contribute to accelerating job growth and a stronger recovery, and this agreement will extend that positive trend. 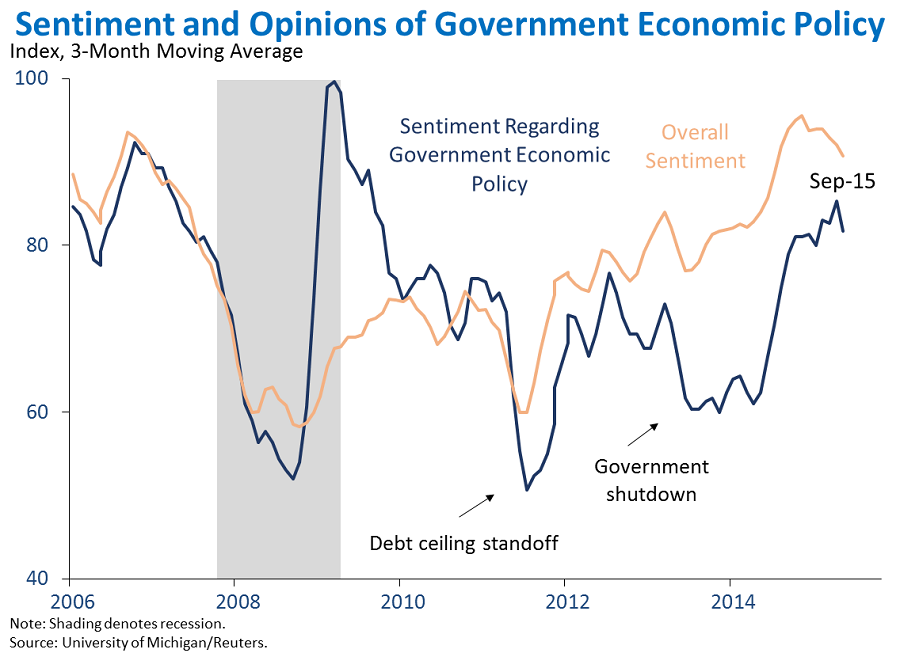 3. The legislation also makes possible greater investment in measures to increase our long-run growth and bolster middle-class incomes. The lower pace of global productivity and investment growth across the developed world is one of the most important challenges economic policymakers face in the post-crisis era. Our private sector is fulfilling its end of the bargain, with private investment in research and development growing at the fastest pace since 2007, while public R&D investment has declined as a share of the economy. This agreement will help bring public investment back to the table, facilitating investments in productivity-enhancing areas like education (including important investments in pre-school, K-12 education, and job training) and public R&D. Productivity is one of the key drivers of middle-class incomes, and it is critical to target public investments that promote persistent growth. 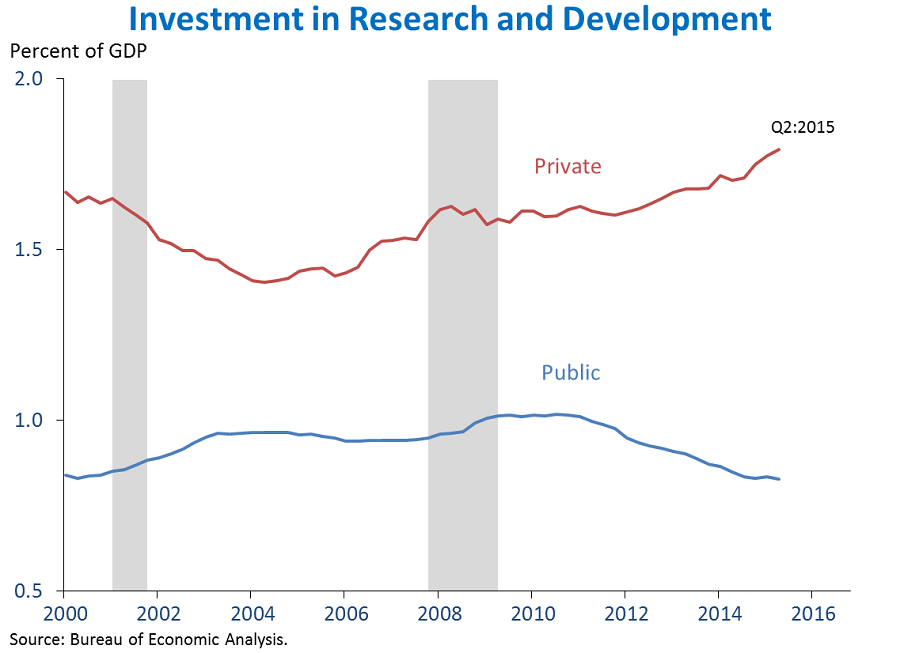