Overcoming the Shame of Being Bullied 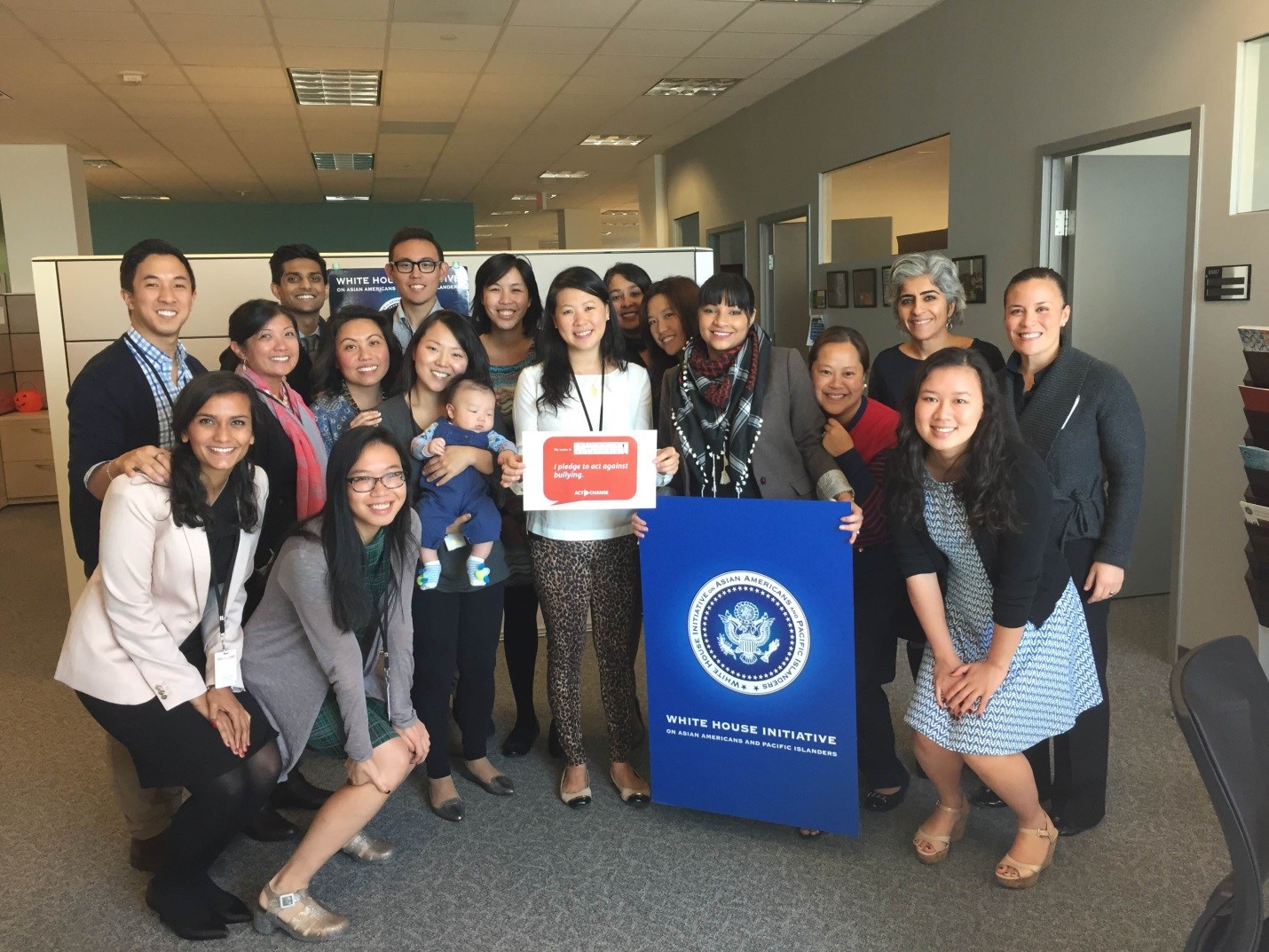 Staff of the White House Initiative on Asian Americans and Pacific Islanders show their support for #ActToChange, a public awareness campaign to combat bullying, October 21, 2015.

Filipino American History Month this October represents a unique opportunity to look back and reflect on the many struggles and victories of the Filipino American community as a whole, and the brave individuals within it. While Filipino Americans, and other Asian Americans and Pacific Islanders (AAPIs), have made tremendous progress over the years in their efforts to make the United States a free and welcoming place for all, many challenges remain for our nation to overcome. One of these challenges is the unfortunately common issue of bullying. Today, 1 in 5 students report having been bullied during the school year, leaving far too many of us with somber stories to tell.

Growing up in the suburbs of the San Francisco Bay Area, I was often teased merely for being myself.  As a Filipino American, I was called names for looking foreign; and as a closeted LGBT youth at the time, I was made fun of for being seemingly gay and less traditionally masculine compared to other boys.  Those moments made it so much harder for me to come out, and caused me to be ashamed of my Filipino American identity.

As a Filipino American, sometimes I was even made fun of for looking/being different. Let's #ActToChange and stop bullying! @BillyDec

There is a deeply rooted concept in Filipino culture called hiya, or shame and shyness. Hiya manifests itself in many ways with Filipino Americans, but this overall idea of shame has made many youth reluctant to talk about bullying, and especially afraid to admit they are victims of it. Many AAPI youth in other ethnic communities face their own similar cultural, religious, and language barriers that can keep them from getting the help they need.

My story is only one of many, and is something most people may relate to in one way or another. With the wide prevalence of bullying in mind, the White House Initiative on Asian Americans and Pacific Islanders, which is housed at the Department of Education, alongside partners and more than 50 supporting organizations, recently launched the #ActToChange campaign. #ActToChange is a public awareness campaign working to address bullying, including within the AAPI community.

The key message of #ActToChange is simple: take action. These actions can range from sharing your own personal stories as I have, to participating in community discussions, to simply reporting bullying as it happens. #ActToChange seeks to empower youth and communities with the tools and knowledge they need to confront and prevent bullying in their diverse communities. The campaign also calls for community leaders with unique knowledge of the cultural issues that complicate bullying to reach out to their young peers and lend their powerful perspectives.

@WhiteHouseAAPI, thanks for creating and including a positive, self-healing playlist on the #ActToChange website!  pic.twitter.com/8TBJf0eQLr

As we close out Filipino American History Month and National Bullying Prevention Month this year, we can all play a role by identifying brave individuals who have overcome their hiya and become the prominent voices that our community looks to for wisdom and guidance.  Today, looking back as an openly gay Filipino American leader, being my own unique self is one of my biggest sources of pride.  And as someone who wants to raise kids one day, I want my children to be able to live openly in a world free from harassment and bullying merely because they’re different.  I hope that many more of us who know the painful struggle of bullying also overcome their hiya and use their experiences to guide our youth towards a culture that actively works to lift up, rather than put down, one another.