President Obama's Senior Advisor Valerie Jarrett is answering your social media questions as part of a new series of Office Hours. The weekly Office Hours invites people around the country to virtually connect with the President’s advisor on issues from criminal justice reform to LGBT issues. Each week, Valerie will take your questions on a different topic and engage using a range of platforms, from Twitter to Tumblr to Google Hangout. And today, you can join her for a Twitter Q&A on health care in America and women’s health issues starting at 12 pm ET. Join the conversation using #GetCovered.

President Obama is committed to making this administration the most open and participatory in history – and that’s why we want to hear from you. What issues would like to talk about? Send us your suggestions for future Office Hours topics and you might be invited to join us for a special Q&A online!

Office Hours with Valerie Jarrett builds upon our efforts to use a range of tools and platforms to meet people where they are and engage them in conversations about how to move our country forward – from hosting online Q&As to responding to your petitions.

President Obama and officials across the White House are turning to social media to engage directly with the American people. Earlier this week, the President joined Facebook as a place to have “real conversations about the most important issues facing our country” and to spark a conversation about climate change.

Take a look at some recent online engagement highlights and we look forward to hearing from you soon!

Ready to answer your questions on climate change. Let's do this! #AskPOTUS pic.twitter.com/5KrIb5jL6S

Diana Doukas, Director of the White House Business Council, took questions on #StartupDay about how we're making it easier to start a business in America.

Ben Rhodes, Deputy National Security Advisor, answered questions about the historic deal to prevent Iran from acquiring a nuclear weapon following a live interview with President Obama on the topic.

That Iran is ever allowed to get a nuclear weapon under deal. Permanent prohibition on nuclear weapons program https://t.co/otVUdmlAse

As the internet celebrated “Back to the Future Day” on October 21, 2015 – the day Marty McFly traveled to the future in the movie Back to the Future Part II – the White House joined the fun by hosting a series of conversations about topics like understanding the human brain and time travel.

Pete Souza, Chief Official White House Photographer, documents the Presidency in photos and shares a peek behind the scenes on his Instagram account, @PeteSouza. He also regularly answers questions from followers and photo enthusiasts. 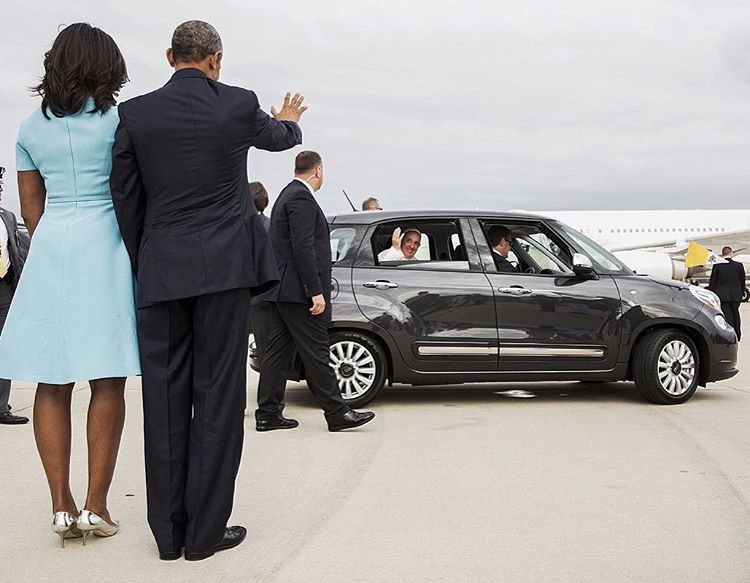