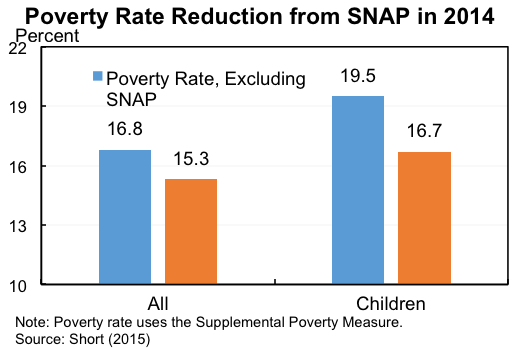 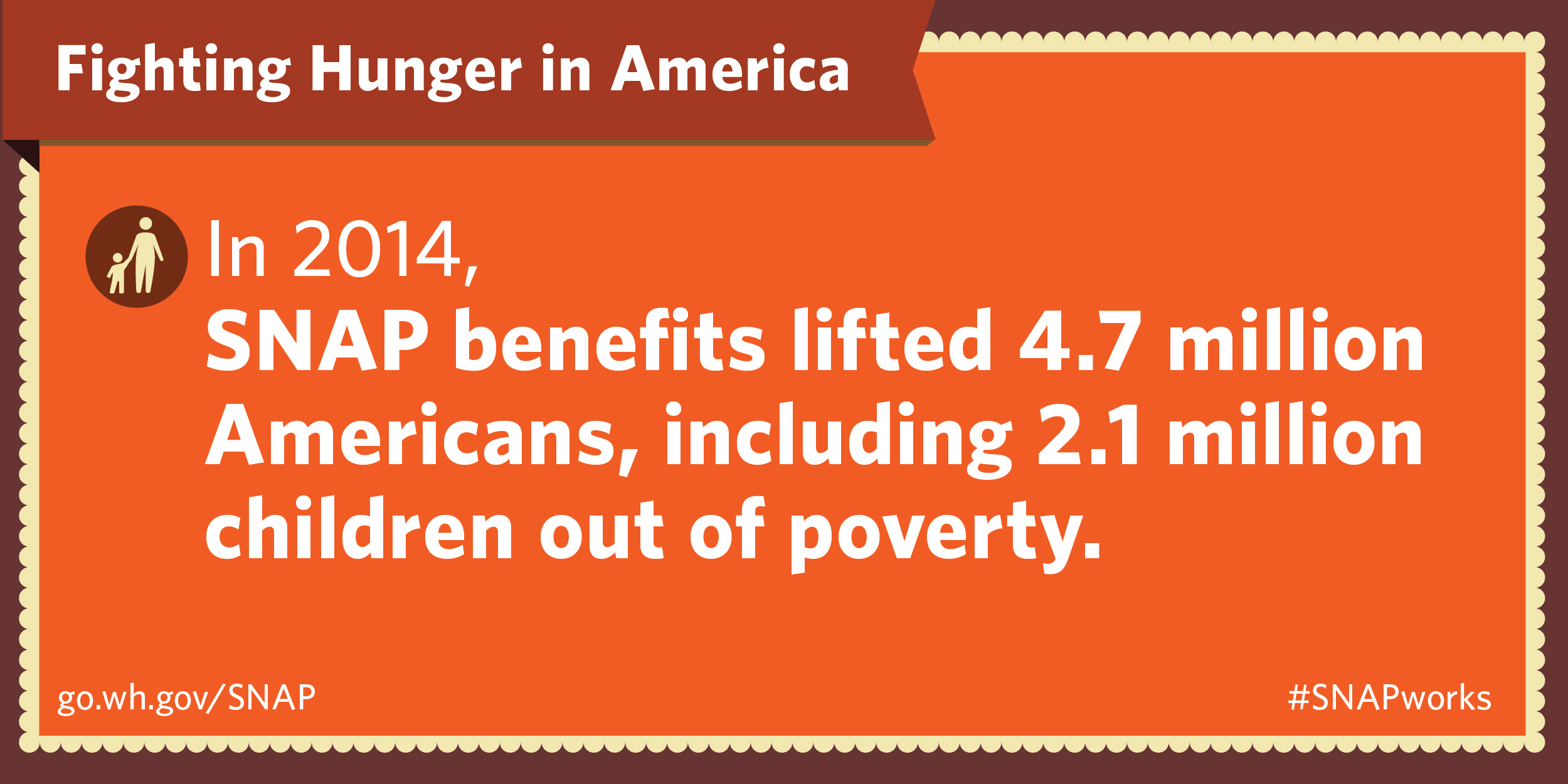 As we prepare to celebrate the holidays with family and friends, too many families are struggling with food insecurity. A new report today from the White House Council of Economic Advisers finds that while SNAP is highly effective at reducing food insecurity, benefit levels are often inadequate to sustain families through the end of the month — causing children to go hungry and endangering their health, educational performance, and life chances.

SNAP Benefits are Critical to our Nation’s Health, Educational, and Economic Outcomes

SNAP isn’t just an anti-poverty program. It’s also an effective and efficient health intervention for low-income families. SNAP’s positive impact on children begins even before birth and lasts well beyond childhood years, improving health, education, and economic outcomes.  Research that studied the early implementation of the Food Stamp Program shows that when disadvantaged children have access to food stamps before birth and during early childhood, their likelihood of being obese as adults decreased significantly and their likelihood of graduating from high school increased significantly.

While SNAP allows families to put more food on the table, current benefit levels may be inadequate for many households. New research shows that toward the end of the month, benefits often run out, leaving many families without adequate access to nutritious food. In fact, families that receive SNAP see their caloric intake decline between 10 and 25 percent over the course of a month as their benefits are exhausted.

That’s right. Families in America - even those receiving SNAP – still often run out of food at the end of the month. And when they do, the consequences are severe. New research has linked this decreased ability to put food on the table at the end of each month to high-cost consequences, including: 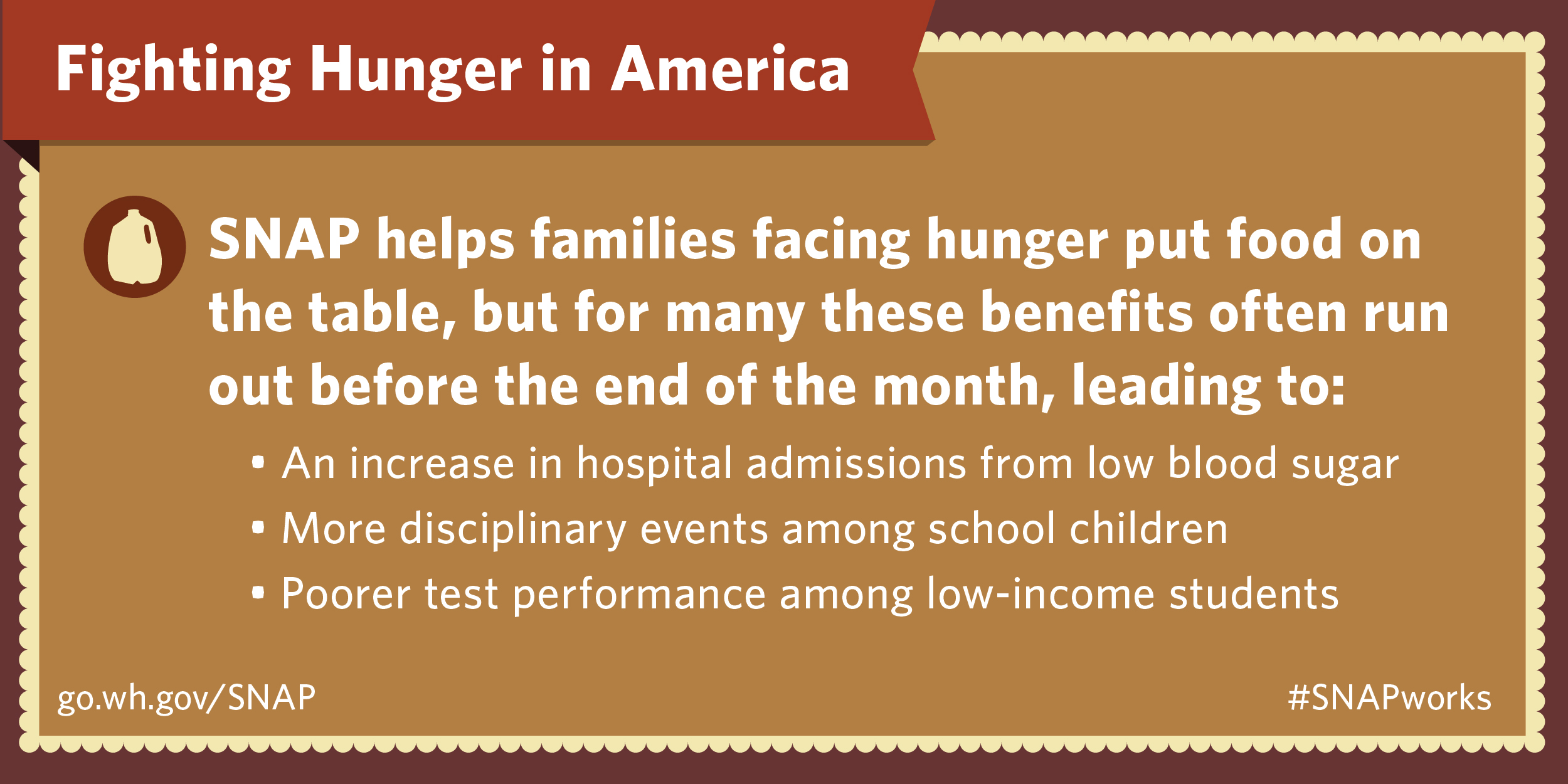 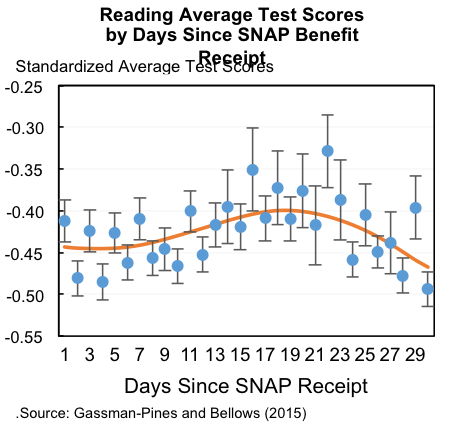 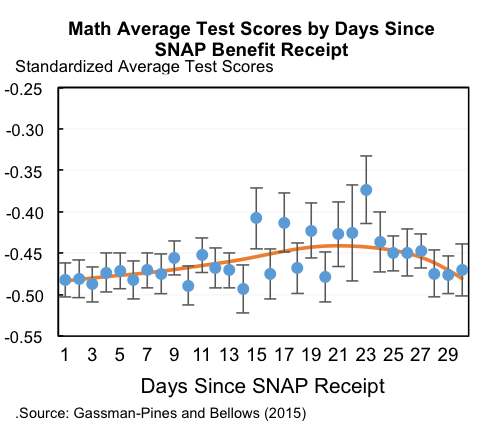 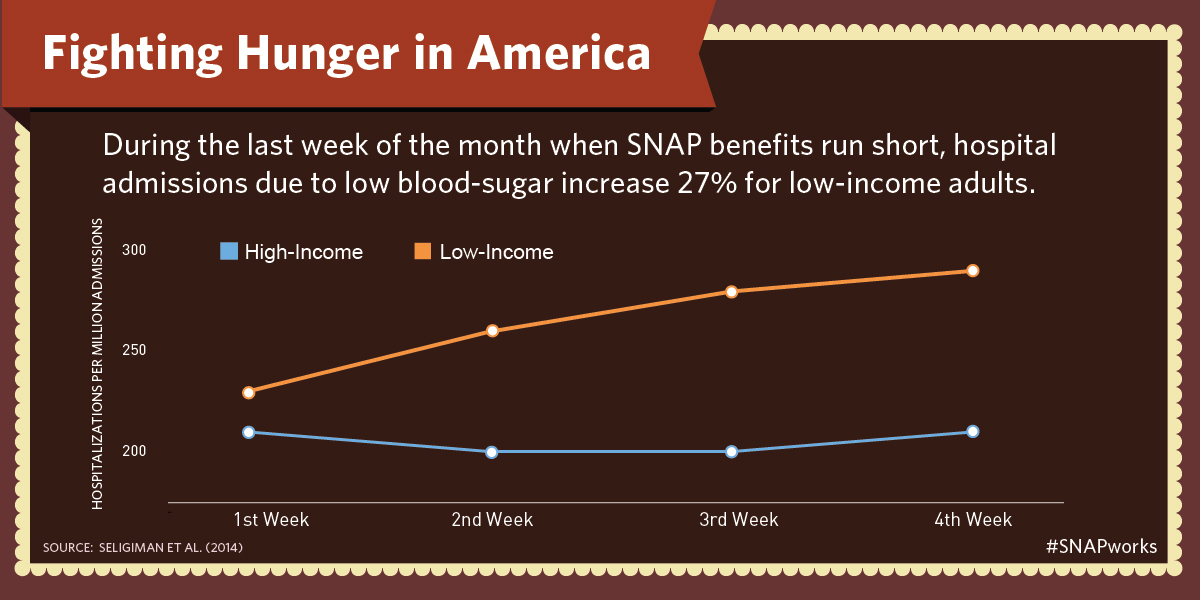 Learn More and Join the Conversation

The Obama Administration has taken a number of steps to address food insecurity through enhancements to our nation’s nutrition supports—including a temporary expansion of SNAP benefits through the American Recovery and Reinvestment Act of 2009 and new policies that expand food assistance during the summer for low-income households with children. Today’s report shows that SNAP benefits are inadequate for many families—with major short- and long-term consequences. As we prepare to celebrate the holidays, we must work together to build upon the progress we’ve already made, and ensure all families have access to the nutrition they need to thrive.

Learn more about the SNAP program in the report, Long-Term Benefits of the Supplemental Nutrition Assistance Program.