January 21, 2016 at 1:53 PM ET by Steven Avila
Twitter Facebook Email
Summary:
Thanks to health care reform, Steven's cancer diagnosis at age 25 won't be considered a pre-existing condition for the rest of his life.

Today is National Youth Enrollment Day, a collaborate effort to educate young adults cross the country on the importance of having health insurance. Find out how you can get covered at HealthCare.gov. 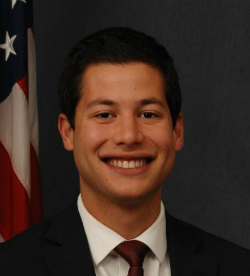 It was a cold February day like any other in Washington D.C., and my recreational soccer team was meeting up after work to prepare for our game. As we played that night in the snow, I began to notice some pain in my lower back. I shrugged it off. I was playing hard, I wanted to win, and I figured I had probably just hurt myself in the gym.

After ignoring the pain for several weeks, I finally convinced myself to go see a doctor at my local urgent care. The doctor there checked me out and noticed that I had developed some swelling in one of my testicles. She referred me to a specialist right away, and in one week I saw a urologist, had an ultrasound done, an MRI, a CT Scan, blood work, and eventually an oncologist only to learn that I had stage III testicular cancer with a 7.5cm tumor growing in my abdomen.

I remember being shocked when I heard the “C-word” for the very first time, as I imagine anyone would be. How could this have happened? I’m an active, healthy 25 year old guy. I felt as though my whole world was spinning out from under me. It turns out that testicular cancer is just bad luck, an unfortunate mutation of my DNA. But let me tell you, that doesn’t make the diagnosis any easier to bear.

Fortunately for me, testicular cancer, even at stage III, is curable. But not without a fight. After two major operations, three months of chemotherapy, and more doctor visits then I can count, I was given the news I was always hoping for, but never promised. I was declared cancer free in October, and this horrible burden was lifted from my shoulders.

The holiday season just came and went, and I have a lot to be grateful for. Most importantly my health, but I have a lot to be thankful for in terms of what went right for me. I am grateful that I never hesitated to go to the doctor when I first suspected something was wrong. I was able to do that because I had health insurance. In fact, I was still on my parent’s plan. I am grateful that as I turned 26, halfway through chemotherapy mind you (that was a fun birthday), I was able to enroll in a plan of my own, no questions asked. I’m even more grateful that I don’t have to worry about having a pre-existing condition follow me around the rest of my life, because although I was diagnosed with cancer at the age of 25, I still intend on living a whole lot more.

This was a journey I never intended to take, but was one that showed me the value of having health insurance and the importance of seeing a doctor. When I was first diagnosed, I remember my doctor saying, “You know Steven, men usually have a pretty good idea when something is wrong with their bodies, particularly their sexual health. Getting them to go see a doctor however, is a whole another story. If more young men came in to see the doctor, we could prevent a lot of tragedies.” I couldn’t agree more.

Steven Avila currently lives in Washington D.C. and is a political appointee at the Department of the Interior.