As President Obama emphasized in his final State of the Union address, America has made real progress over the past seven years, but we must do even more if we are going to meet the fundamental challenges of the 21st century.

One of these urgent challenges is reforming our broken immigration system, which only Congress can fully address.  Our Nation prospers when we welcome immigrants, as exemplified by many of the First Lady’s extraordinary State of the Union guests: Satya Nadella, who left his home in India to earn advanced degrees at U.S. universities, and is now CEO of Microsoft; Refaai Hamo, a Syrian scientist who survived terrible wartime tragedies and is building a new life with his family here in America; and Oscar Vazquez, a U.S. Army veteran and DREAMer who came to this country as a child and led a team of under-resourced Hispanic high school students who took on an MIT team in an underwater robotics competition -- and won.

That’s why the President continues to call on Congress to pass comprehensive bipartisan immigration reform.  Until then, the Administration will continue to pursue reforms within its authority to fix as much as it can.  That includes, for example, taking steps to modernize and streamline our legal immigration system, partnering with local governments and community leaders to welcome new Americans, promoting the rights and responsibilities of citizenship, and ensuring that our limited enforcement resources are used effectively by implementing clear and effective enforcement priorities.

Fixing our broken immigration system is an economic imperative.  The executive actions announced by the President in November 2014, if fully implemented, could boost the nation’s economic output by up to $250 billion, while shrinking the Federal deficit by $65 billion over the next ten years.

Many of these economic benefits spring from the President’s actions to attract and retain the most talented workers, graduates, and entrepreneurs from around the world.  As the President said at a recent naturalization ceremony for new Americans from over 25 countries:

“Immigrants like you are more likely to start your own business.  Many of the Fortune 500 companies in this country were founded by immigrants or their children.  Many of the tech startups in Silicon Valley have at least one immigrant founder.” 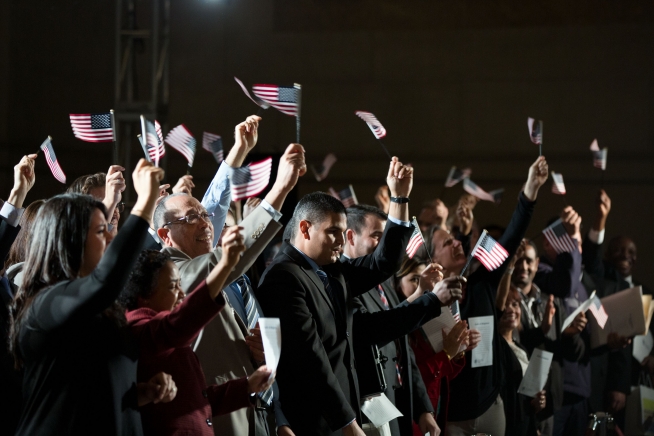 As 2016 gets underway, here are the reforms the Administration is making to promote the kind of high-skilled immigration that has helped fuel America’s economic engine.