Celebrating the New American in My Family

Today, the White House Task Force on New Americans held its third Regional Convening in Miami. These regional convenings are an effort to build welcoming communities around the country for immigrants and refugees and to give them the tools they need to succeed in their new country.  A critical component of this effort is ensuring that those who are eligible understand the benefits of citizenship. These convenings are energizing and inspiring. But as important as they are, I had an even more special event to attend.  I was welcoming a very special new American myself—my mother. Nearly three decades after she first set foot in America, my mother became a U.S. citizen.

In the fall of 1987, my mother arrived to John F. Kennedy International Airport completely alone and with just $20 in her purse -- driven by a firm conviction that leaving her life and family behind in Venezuela to come to the United States was worth the shot. This was, after all, the land of opportunity. That was her dream—the American dream.  And because she made that choice, this country became my home.

Our journey has unquestionably been one of great challenge. My mother moved in with her older sister who had recently migrated to New York, and together they worked odd jobs throughout the city: as manicurists, in catering, as babysitters, cleaning houses—any place that was willing to pay a couple of bucks to two women who spoke no English. It was not easy—personally or financially. But, our story embodies the spirit of America’s immigrants—one built on resilience, grit, and incomparable conviction that—in the U.S.—everything is possible.

As I write this blog to celebrate my mother’s naturalization, I cannot emphasize enough the level of pride and responsibility my mother felt the first time she pledged allegiance to our flag. I cannot imagine the feeling that new Americans in this country have when they complete that chapter in their life and start the next one. In that very moment as she was sworn in, I know my mother reminisced on the sacrifices and obstacles faced in order to merit the title of “ciudadana Americana” or American citizen.

As I my mother recited the Oath of Citizenship yesterday, there was one story that stuck out in my mind.

One morning in the spring of 2002, my mother received a call from my grandmother in Venezuela: her father had just had a stroke and his condition was quickly deteriorating. My mother was faced with a life altering decision: go to Venezuela and be with my grandfather during his final days, or stay in the United States and never get the chance to say goodbye. At this point, she was undocumented and knew the consequences of leaving. If she left the country, she risked the possibility of never being able to return, despite the fact that she had a teenage, U.S. citizen daughter. If she stayed, she would have to bear the burden of not seeing her father one last time. So, she went with her heart and boarded a plane back to Venezuela.

I remember going to Venezuela that summer with my mother to say our final goodbyes to my grandfather. While growing up, I’d always hear stories of family friends finally getting their “papeles” (the term used in Spanish for a green card), I never thought any of that applied to us. After all, I was born in the U.S. and therefore—in my young, naïve mind—I believed that automatically protected my mother.

Until one morning in Caracas, just weeks before we were set to return to Connecticut, my mother sat at the edge of the bed, broke down in tears, and explained that we could not go back to home; her request for a U.S. tourist visa had been denied. It was only then that I realized that my mother was undocumented. In fact, the American Consulate told her that she was not to return for at least two years. She then proceeded to explain the complexities of what this reality meant and detailed what life “living in the shadows” was like. All of this which she hid—or protected me from—for many years.

In that moment, she made a heart wrenching decision no parent wants to face: she insisted I to return without her. I’ll never forget our goodbye at the airport in Caracas. My mother held me so tight that my uncle had to essentially pull us apart. Our family had now been separated. At the time, I was only 14 years old.

After over a year of separation, my mother was finally allowed to return to the U.S. and eventually became a lawful permanent resident. My mother, like millions of immigrants, has worked tirelessly to contribute to the economy of this country. She played by the rules and wanted to be held accountable to get right with our system. And I, like many children of immigrants, am replicating that spirit of hard work, dedication and resilience to continue contributing to the prosperity of our nation. I grew up in an immigrant community that felt an incredible debt of gratitude for all the opportunities the U.S. afforded them, and wanted nothing more than to proudly call themselves American citizens.

Being a U.S. citizen bears great responsibility, but we also get to enjoy many rights —something that I – having been born and raised here - at times have taken for granted. But during my mother’s naturalization ceremony, I was so inspired to be surrounded by a group that embodies our core American values and has a strong sense of allegiance for our country—my mother and the New Americans that stood beside her.

When I asked my mom, despite all the hardships and injustices she faced, what it meant for her to become a U.S. citizen, she responded, “If I had to, I would do it all over again. After all, look at where you are today, Valentina. America is the land of the possible, and there is no other place in the world like it.”

For more information on how to become a U.S. citizen, visit www.committocitizenship.org or www.uscis.gov/citizenship. 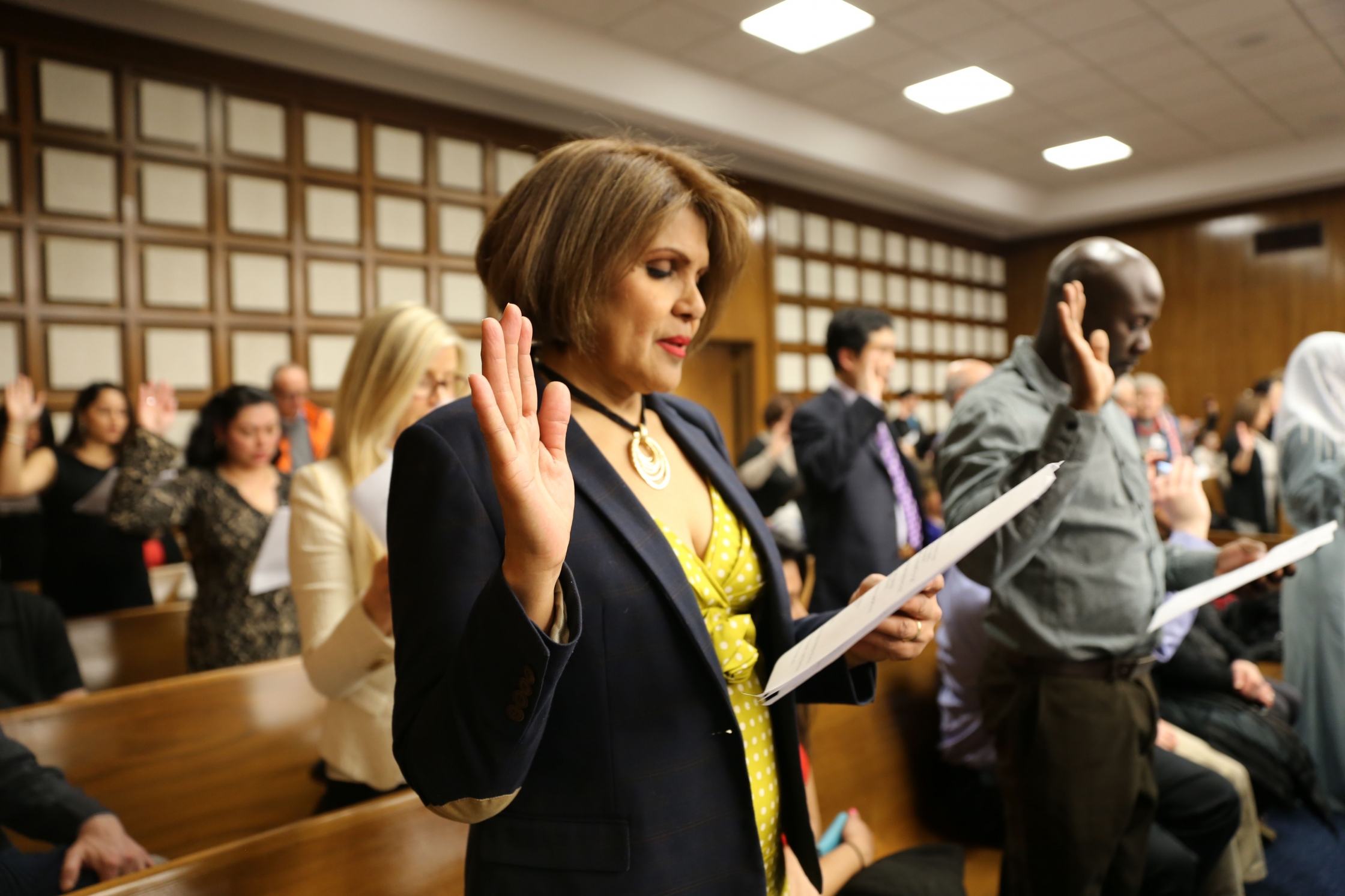 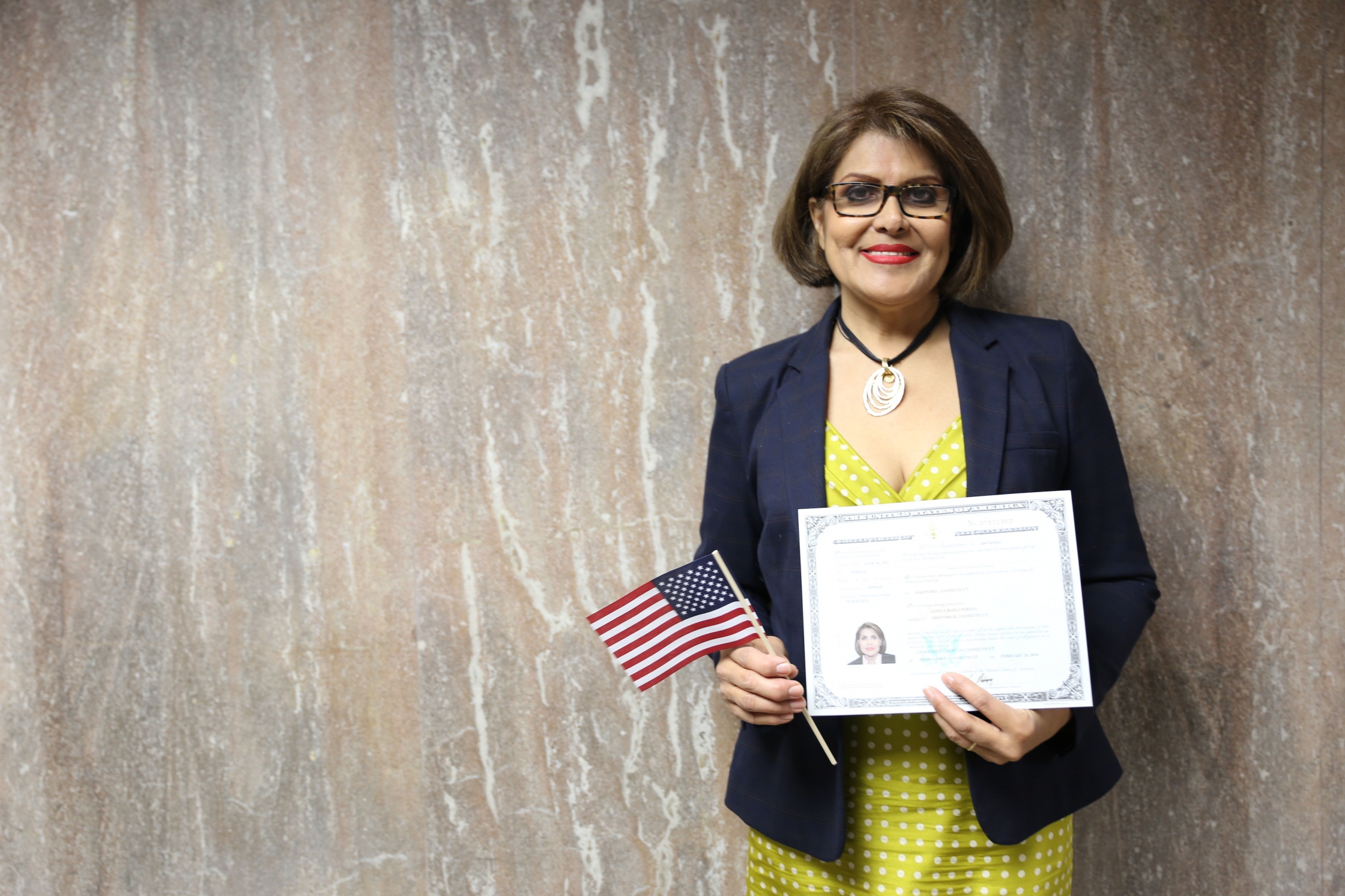 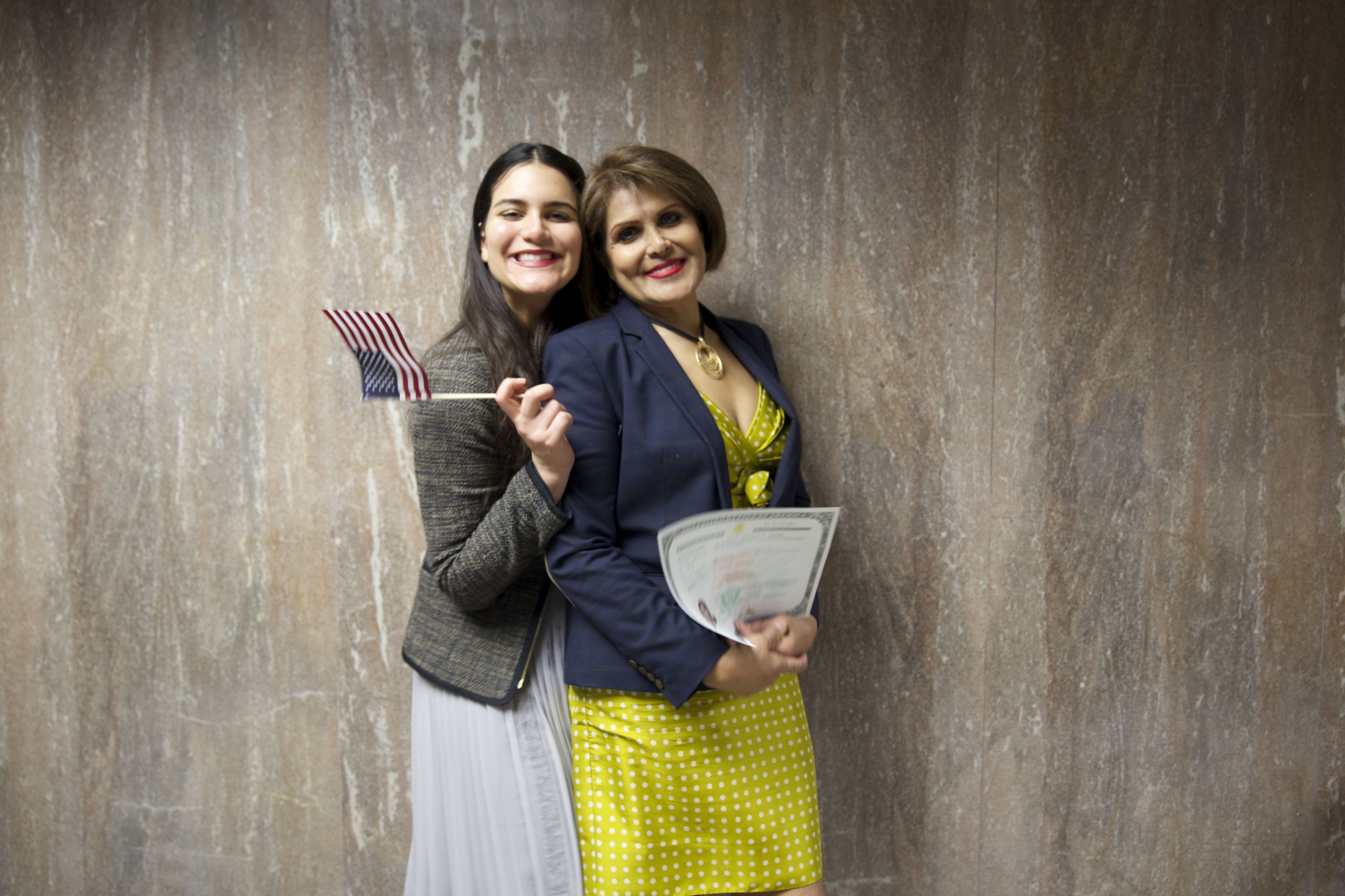 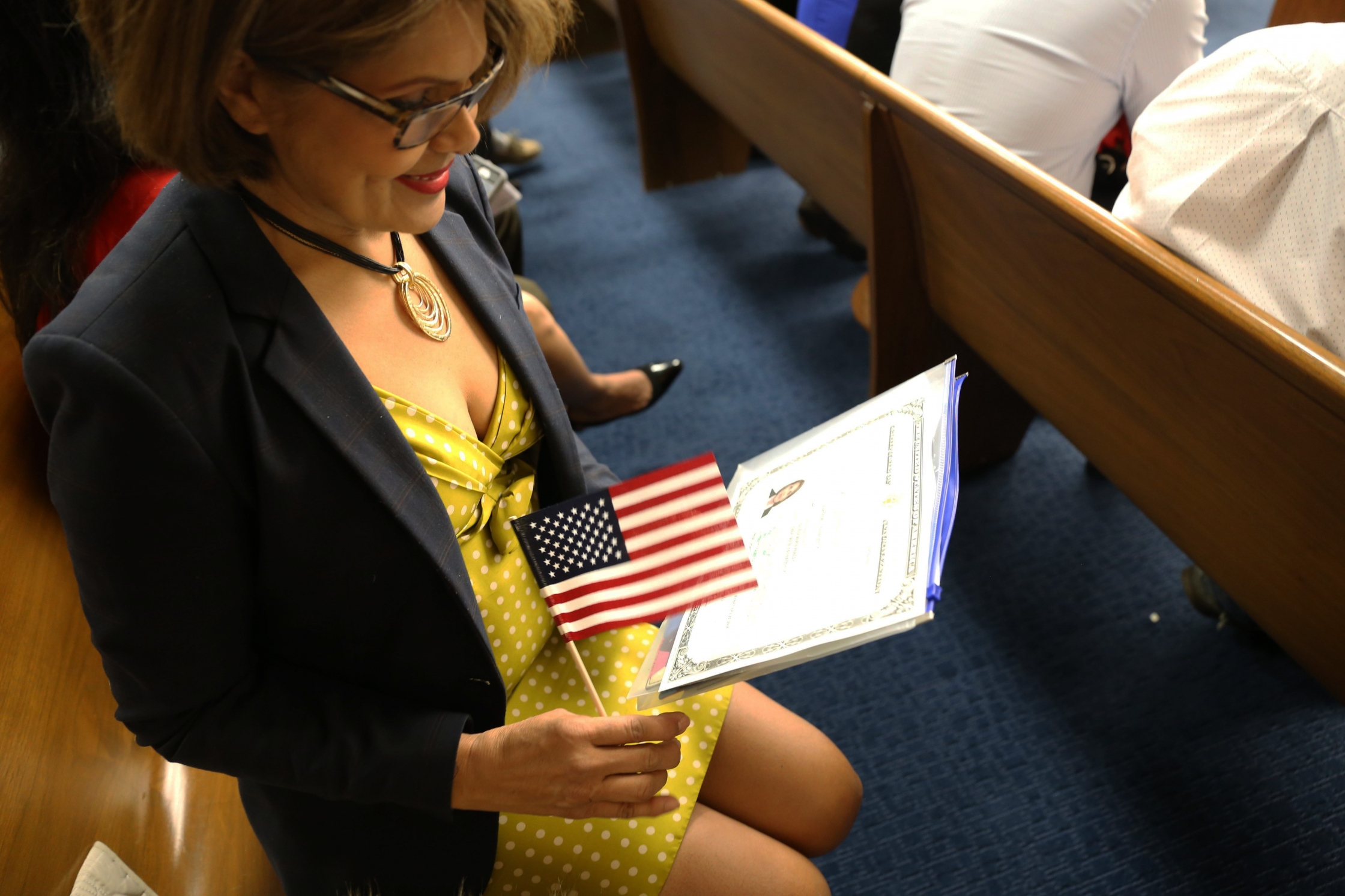