March 11, 2016 at 2:52 PM ET by White House Initiative on Asian Americans and Pacific Islanders
Twitter Facebook Email
Summary:
Bhutanese refugees share their stories and the positive impact citizenship has had on their lives.

Building welcoming communities for immigrants and refugees as they integrate in America is of the utmost importance to the Administration. That’s why in November 2014, President Obama established the White House Task Force on New Americans to strengthen federal immigrant and refugee integration efforts and promote the best practices that state and local governments are using to help immigrants. As a part of these efforts, the Task Force recently launched a series of White House Regional Convenings on New Americans around the country to strengthen and support local immigrant and refugee integration efforts, including citizenship.

To encourage eligible lawful permanent residents (LPRs) to commit to citizenship, President Obama launched the “Stand Stronger” Citizenship Awareness campaign last year to promote the rights, responsibilities and opportunities that come with being an American citizen and to support eligible LPRs throughout the naturalization process. Many newcomers see citizenship as one of the most important aspects of integrating into American society. According to Department of Homeland Security estimates, approximately 8.8 million of the more than 13 million LPRs who live in the United States are estimated to be eligible to apply for naturalization. And 1.4 million come from Asian and Pacific Island countries, which include Bhutanese refugees.  The federal government is committed to ensuring that aspiring citizens have the tools and resources to pursue the naturalization process, and continuing our tradition as a nation where immigrants and refugees from across the globe have the opportunity to build a life in a country where they can embrace the rights and responsibilities of citizenship and engage in the pursuit of happiness.

This week, the Task Force held its fourth regional convening in Atlanta. Georgia is home to a large population of Bhutanese refugees. Here are stories shared by two Bhutanese refugees about their journey toward becoming American citizens.

As a fourth grader, I witnessed the banning of the Nepali curriculum in schools and burning of our Nepali textbooks to ashes. The intensity of torture and rape inflicted by the army and police forces in the Nepali ethnic communities grew by an alarming rate day-by-day, consuming many innocent lives. Many victims became impaired, physically and mentally for a lifetime.  The aggravated fangs of torture forced my parents to flee the country for safety. I vividly remember my parents sobbing as we headed in the direction of uncertainty, but there was no other choice.

In the beginning, I was dismayed and distressed.  It is not easy to adjust, adapt, and integrate in a foreign land. I faced challenges to start a new chapter of my life in a new country with new hopes and desires. Today, my family and I, along with other community members, are not only proud Americans but are also aspiring to be the best Americans. 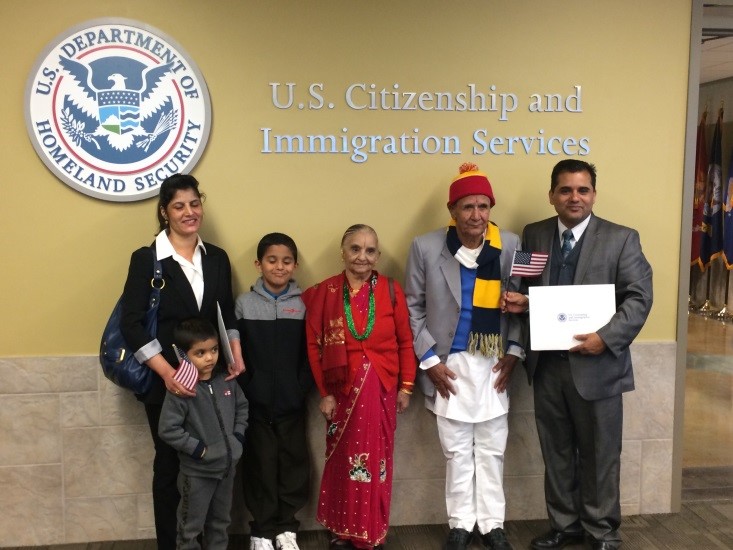 In December 2015, I officially became a proud citizen of the United States of America. As I reflect on what I have attained, I am delighted because I feel that I can fully integrate into American society.  I can live, work, and contribute to my fullest.  I would like to thank the American government for their continued support of refugee communities and the resettlement process. Millions of refugees around the world are waiting to land in new countries like the United States and live their second lives. Without the generosity of the American people, it would not be possible for me to be as successful as I am today.

Though my family and I have always considered Bhutan our home country, we were forcefully evicted when I was eight years old.  After spending 17 years at a refugee camp in Nepal, I nearly lost all hope.  In 2007, UNHCR told us we could resettle to the United States. Resettlement was not an easy decision to make – I was still waiting for the moment that one day I would get an opportunity to travel back to my country and start my life again. 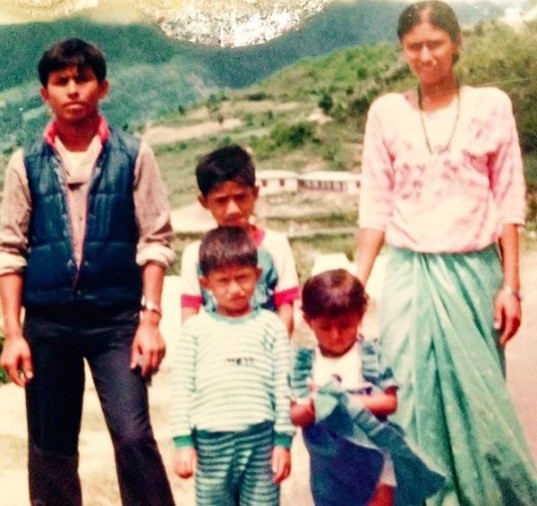 We ended up in America. In the beginning, I was nervous with the newfound language and culture. As time passed, I became more familiar with the environment.  I also connected with the American value of giving back to the community.  I felt that I should assist my fellow Bhutanese who don’t speak English as well.  With other fellow Bhutanese, we established a community based non-profit organization called the Bhutanese Community of New Hampshire in 2009 to support individuals and their families for a successful transition into the American community.  I also work to raise awareness about the needs of the Bhutanese community among local and state level politicians. 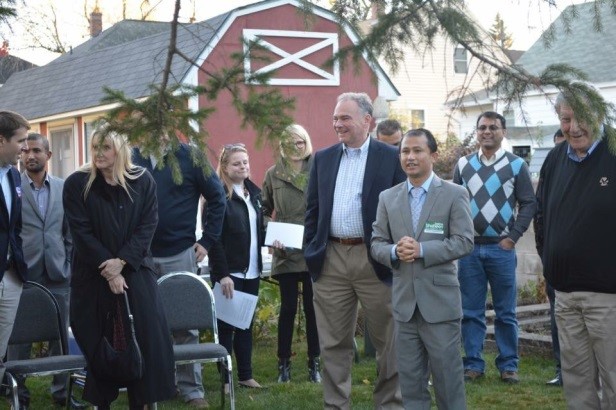 I am proud to be a U.S. citizen. For 30 years, I didn’t have any identity to represent myself to the world. I am very thankful to the U.S. government for giving us an opportunity to live a better life and have this identity.