What the President's Trip Means to a Cuban American

March 22, 2016 at 5:15 PM ET by Simone Leiro
Twitter Facebook Email
Summary:
As the President makes history in Cuba, read about what his trip means to this Cuban American and her family. 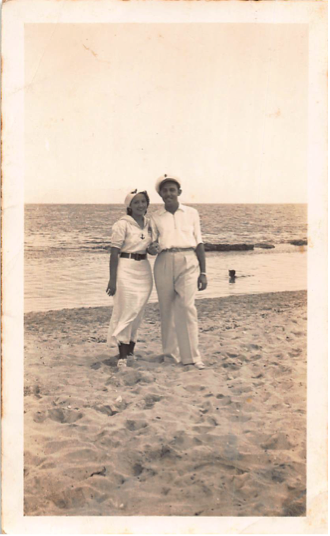 This week the President is in Cuba— he is the first president to travel to the country since Calvin Coolidge in 1928. This historic trip marks a turning point in the relationship between the United States and Cuba. As a Cuban-American, I view this trip as an incredible symbol of new progress for both nations and a beacon of hope for my Cuban brothers and sisters.

My abuela left Cuba in 1956, during the heart of the Cuban Revolution and she never returned. Nonetheless, I grew up in a family closely connected to our Cuban roots. I learned to cook Cuban food, dance to Cuban music and speak Spanish with a thick Cuban accent. However, the one thing that separated my family’s story from other immigrant stories was that no one in my family had ever visited or returned to the country to which we were so connected.

I was told countless stories about Cuba, from the pristine beaches to the immaculate dance hall where Latin music would pulse through each Thursday night. In my eyes, Cuba was painted as a far-off land, one that existed for my abuela, but never would for me. As the President forges a new road in the U.S.-Cuba relationship, he gives hope to Cuban-Americans like myself who can now envision a Cuba with opportunity, instead of oppression, for its people.

“In Cuba today, for the first time in a half century, there is hope for a different future, especially among Cuba’s young people who have such extraordinary talent and potential just waiting to be unleashed.”


We know that change won’t come to Cuba overnight. But after years and years of stalled hope, to witness a President of the United States travel to Cuba is an incredible inspiration. I’m following the President’s trip closely. I'm collecting ideas for when I am finally able to make my own trip to Cuba, to see the place that holds so much meaning and history for my family and me.

Learn more about the President’s trip and as he continues his historic journey.