A Year of Progress: The One-Year Anniversary of the TechHire Initiative

On Friday, the President is travelling to Austin, Texas to visit South by Southwest, which brings together some of the country’s leading technologists, entrepreneurs, coders, artists, and makers. The President recognizes the important role that technology plays in fueling innovation and securing America’s global economic future. To ensure that the United States remains the place where cutting-edge ideas are born and launched, we must build a pipeline of tech talent which offers more Americans pathways to opportunity.

Over half a million of today’s open jobs are in technology fields like software development, digital marketing, user interface design, and cybersecurity—many of which did not even exist a decade ago. To take advantage of this opportunity, a year ago today, the President launched his TechHire Initiative, a campaign to engage communities to get more Americans rapidly trained for technology jobs. On that day, 21 regions and more than 300 employer partners, announced plans to work together to develop new ways to recruit and place applicants into jobs based on their actual skills, and to create more training opportunities that give people the skills they need to get a good tech job in just 3 to 6 months instead of years.

Since the launch of TechHire, the initiative has grown to 50 communities working with over 600 companies—including the 15 new communities we announced this week. And we’re not going to stop there. This year was just the beginning for TechHire. We hope more mayors, governors, business and community leaders will work together to build out their local TechHire ecosystems to unlock the hidden talent in our communities.

Over the past year, TechHire communities have taken steps that will pave the way for long-lasting impact down the road. They have engaged workforce development leaders, entrepreneurs, training providers, and business and civic leaders. Together, they have formed new partnerships to expand tech-training programs that arm candidates with the skills required to secure high-wage jobs, and to place program graduates based on demonstrated skills, regardless of where they may have learned them. Communities are already starting to see the results, as more robust pools of talent are attracting and retaining businesses to their regions.

Let us tell you more about some of them.

Minneapolis currently has 10,000 open tech jobs. Last March, Minneapolis committed to create an alliance of government, non-profit, and business groups to train and place individuals into tech jobs. So far, Minneapolis has trained 285 people and placed 135 graduates into full-time positions. With the help of up to 150 engaged employers like 3M, Target, Thompson Reuters, Best Buy, and Wells Fargo among others, Minneapolis is well on its way to reaching its goal of helping 300 individuals find better opportunities. 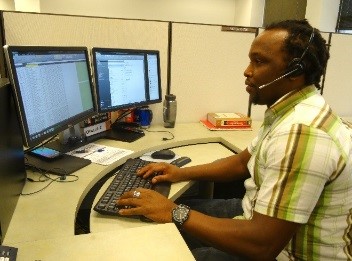 Victor, a Kenyan immigrant, was one of the individuals able to benefit from Minneapolis’ TechHire’s efforts. Despite having IT experience outside of the U.S., Victor struggled to find an IT job once he arrived here, and as a result, took cleaning jobs to make ends meet. Through a TechHire partner called Changing IT Futures Foundation, Victor obtained a CompTIA A+ certification in eight weeks, for free, and was connected to a 6-month paid work experience. Victor graduated at the top of his class and currently works as an IT Service Desk Agent with the City of Minneapolis. 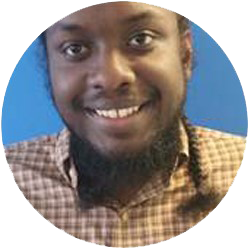 In New York City, Sebastian used to work as a truck driver earning $10 an hour when he found NYC Development Fellowship, a free 22- week program offered by the NYC Tech Talent Pipeline in partnership with the Flatiron School, which lead him on the path to interning at Foursquare. Sebastian now works full-time with Foursquare earning over $80,000 a year. Since its launch, the Web Development Fellowship program has provided intensive training to 120 participants, including out-of-school, out-of-work youth, with graduates earning an average annual salary of $65,000.

Sebastian’s story is one of many  successes supported by the City’s Tech Talent Pipeline, which was launched by Mayor de Blasio and works together with 150 employer partners such as Microsoft, Verizon, and Goldman Sachs to define needs, develop and deliver 10 new and expanded tech-training programs, and mobilize New Yorkers across the five boroughs. And as part of their Computer Science for All initiative, NYC is further expanding access to CS education in elementary, middle, and high-school—ultimately reaching 1.1 million new students.

Kansas City has 3,600 open tech jobs. In Kansas City, TechHire has been able to help those with prior professional experience transition into a new tech career. For Bruce, Kansas City TechHire partner RebootU offered a training program that allowed him to re-tool and re-train after losing his job, and subsequently, his home. Now, Bruce has a successful career in information technology at University of Kansas Hospital earning $36 per hour.

Bruce is not the only one to benefit from Kansas City TechHire. In its pilot year, individuals have been hired through customized training programs to work with Children’s Mercy Hospitals and Clinics, University of Kansas Hospital, and Wireco World Group earning wages that average $20.05 per hour.

The 15 new communities announced today have plans to make a similar impact.

In Seattle, one of the communities that joined this week, there are 12,400 open tech jobs. In the next year, Seattle hopes to train and place 350 people in tech jobs with the help of employers like Sendachi, EnergySavvy, Skytap, and Substantial. Seattle’s TechHire initiative will also work to improve diversity and inclusion in the technology sector through training providers with a specific focus on women; those re-entering the community after incarceration; and other underrepresented communities. 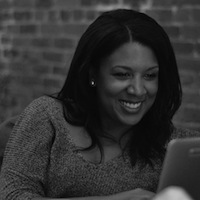 Seattle has already proven that such nontraditional training programs can work, as seen in the story of Shadae. Shadae had worked as a customer service manager earning $30,000 a year, but always had a passion for tinkering with computers. Then Shadae discovered Ada Developers Academy, a year-long intensive training program for women transitioning into software development that is tuition free for students. There, Shadae was able to develop her skills, land an internship, and receive tailored support to become a web developer earning double her previous salary.

Burlington, VT is bringing together employers and local partners to improve career pathways for tech jobs as a new TechHire Community. Vermont Healthcare & Information Technology Education Center (HITEC) works with local employers to design education programs for their needs, with the goal of making it easier for hardworking Americans to move quickly from training programs to jobs. For example, HITEC developed the IT Registered Apprenticeship Program which, in its first year, had 38 of its 39 enrollees successfully complete their apprenticeship and move on to steady employment with salaries up to $55,000.

To expand on these efforts, Burlington hopes to train and place 75 tech workers in 2016 while collaborating with local employers and providers including Dealer.com, My Web Grocer, the University of Vermont, the University of Vermont Medical Center, Champlain College, VT Technical College, the Vermont Technology Alliance, and the Lake Champlain Regional Chamber of Commerce.

We hope you will take the time to learn more about TechHire at WhiteHouse.gov/TechHire and bring it to your community.