Why was this Night Different from All Other Nights: An Eighth and Final Seder in the White House

Shabbat Shalom to all!

Yesterday, President and Mrs. Obama hosted the White House Passover Seder. As we say when we read the Passover Haggadah, why was this night different from all other nights?

This night was different from all other nights because, as the President wrote in this year's statement on Passover:

Mah nishtana halailah hazeh? For Michelle and me, this Passover is different from all other Passovers because it will mark our last Seder in the White House – a tradition we have looked forward to each year since hosting the first-ever White House Seder in 2009.


As they have every year, President and Mrs. Obama and their guests joined millions of Jews and their neighbors, friends and families to retell the timeless liberation story of the Jewish people. As the President described in his statement:

We dip the greens of renewal in saltwater to recall the tears of those imprisoned unjustly. As we count the 10 Plagues, we spill wine from our glasses to remember those who suffered and those who still do. And as we humbly sing “Dayenu,” we are mindful that even the smallest blessings and slowest progress deserve our gratitude.

At this year's Seder, the President and First Lady served traditional Passover foods, including a number of dishes based on family recipes provided by several guests. Once again, White House Chef Chris Comerford was joined in the kitchen by guest-chef Susan Barocas.

In the Jewish tradition, the number 8 represents completion. As the President and First Lady complete their final White House Seder, here are pictures from each of the eight White House Passover Seders: 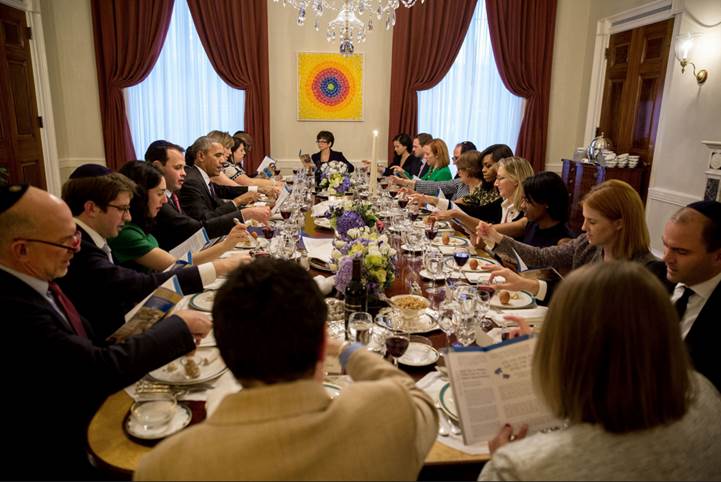 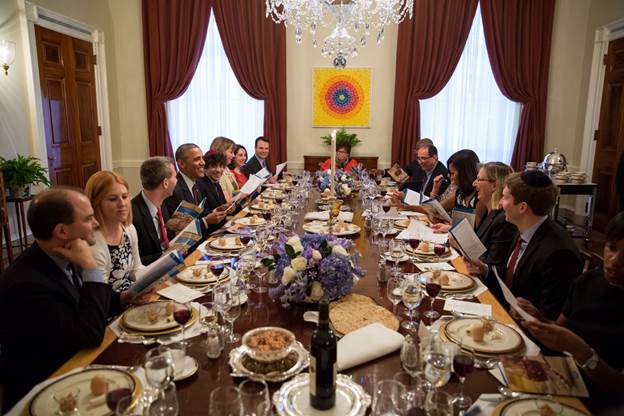 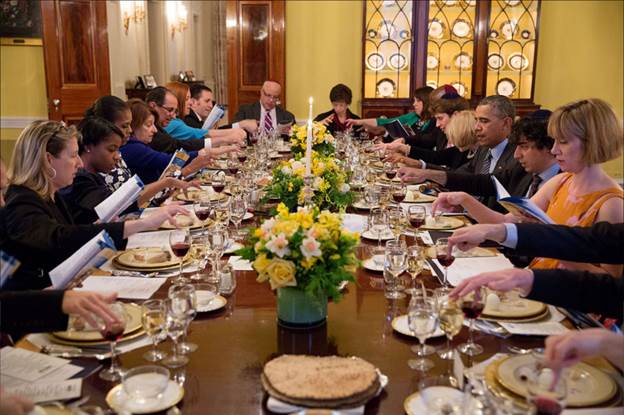 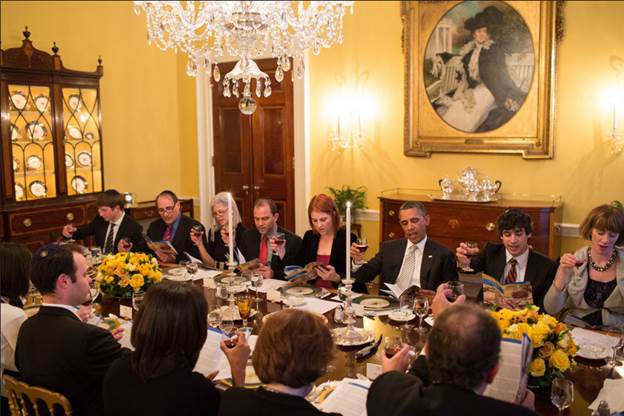 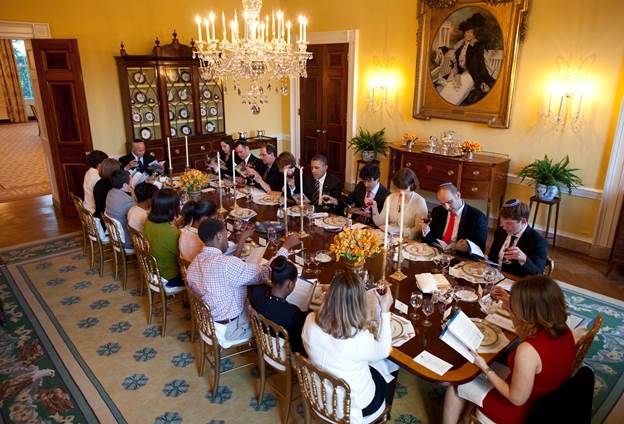 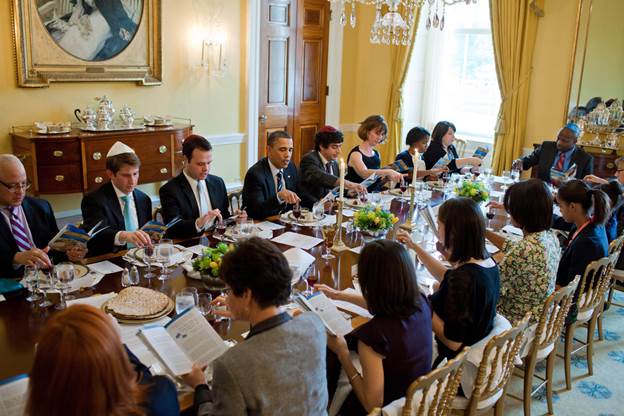 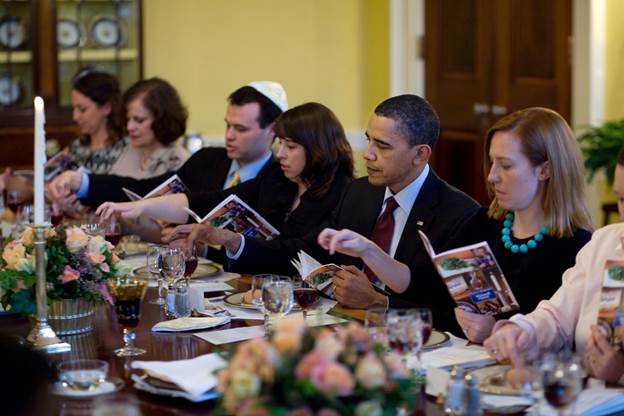 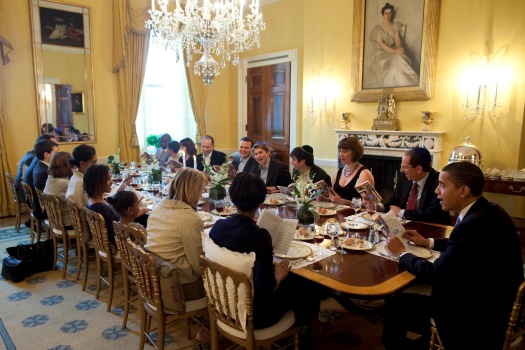