The Weight of One Mission: Recounting the Death of Usama bin Laden, Five Years Later

May 2, 2016 at 2:15 PM ET by Nick Rasmussen
Twitter Facebook Email
Summary:
Nick Rasmussen, Director of the National Counterterrorism Center, recounts the Usama bin Laden raid and the moments leading up to it. 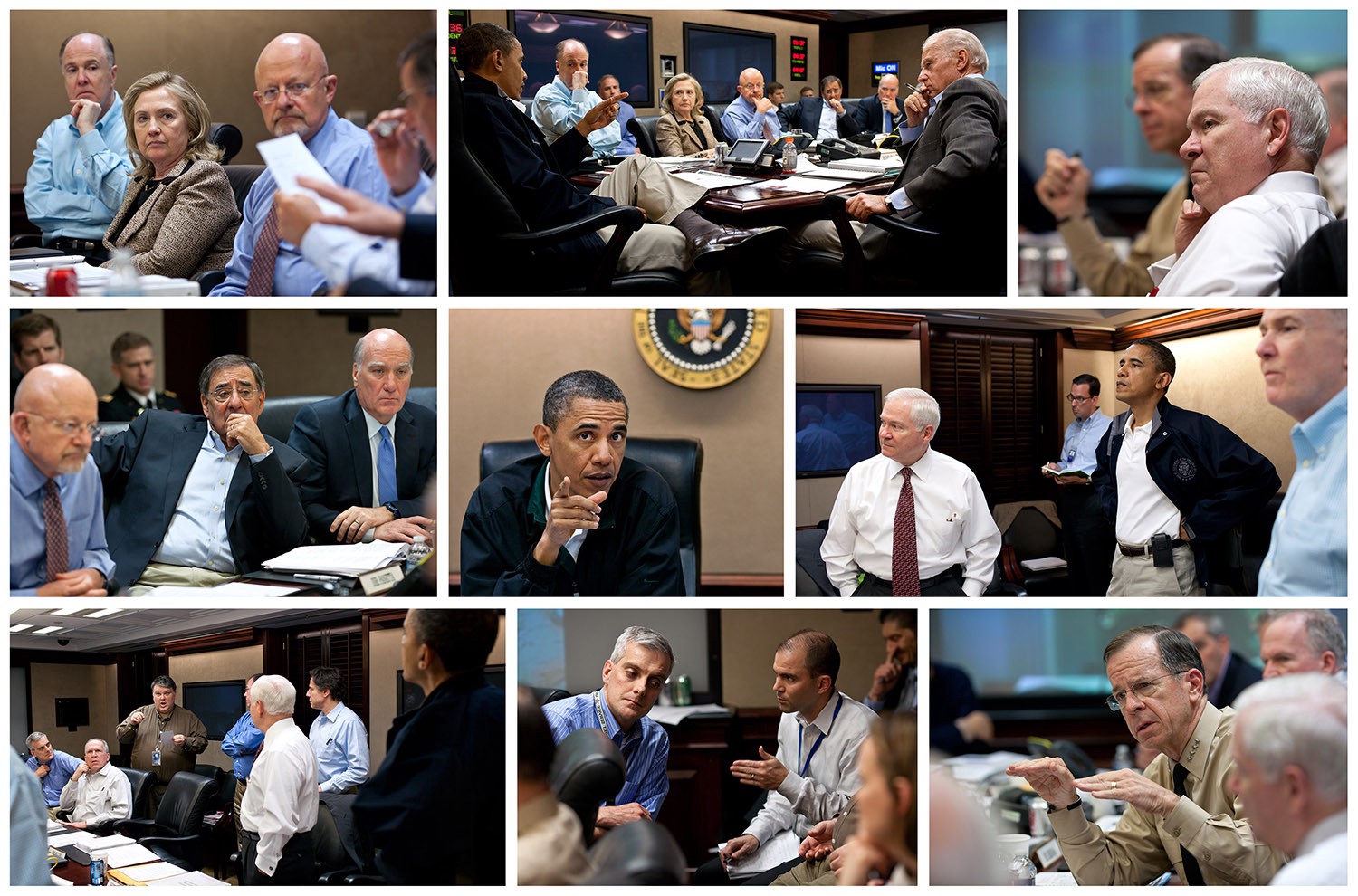 It’s a scene you never forget. The intensity. The focus.

The stillness of a room. The weight of one mission.

Five years ago, I watched in the Situation Room along with President Obama, Vice President Biden, and members of the President’s national security team to see if U.S. Special Operations Forces could deliver the justice that every American had been waiting for for a decade.

In the three-plus months leading up to the operation, the White House’s National Security Council staff organized over two dozen inter-agency meetings to oversee preparations and consider all of the attendant issues: the evaluation of the emerging intelligence, possible operational courses of action, the consequences and implications of both success and failure.

What struck me most about that process was the absolute attention to operational security, discretion, and secrecy. Very few individuals beyond the most senior officials were involved in the policy piece of this operation. Extraordinary measures were taken to limit information flow, and those involved maintained an incredibly high degree of discipline.

All possible options and potential courses of action were considered, analyzed and debated at the very highest levels. All of the potential issues were reviewed: impact of an operation on our relationship with Pakistan and with our other allies, possible reaction by al Qaeda and the potential for retaliatory action against U.S. interests, steps needed to prepare for possible retaliatory attacks, and next steps in the wake of an operation whether it was successful or unsuccessful.

Reflecting on the lead up to the raid, Director on National Intelligence Clapper said:

“As is always the case in intelligence, it wasn’t complete. Right up until the last minute, we couldn’t confirm he was there. Some argued we needed more time.” Nonetheless, he never doubted the advantages of a raid compared to alternatives, “At least with a raid, you’d have people on the ground who could make judgments.”

It was apparent that the President’s paramount concern was the safety and security of the operators. On a number of occasions, the President provided very pointed guidance to the Department of Defense and to Admiral Bill McRaven to make that very clear.

On the day before the operation took place, Saturday, April 30, President Obama placed a secure call to Admiral McRaven. The President was in the midst of his preparation for his scheduled appearance that evening at the 2011 White House Correspondents’ Dinner. I had the privilege of staffing the President for that phone call, which the President conducted from the Oval Office. When I came in, the President’s speechwriters were asked to step out.

In that call, the President inquired if McRaven believed the force was ready to proceed and if they had everything they needed to carry out a successful operation. McRaven affirmed that they did, and the President wished McRaven and the forces under his command Godspeed.

A very brief call, but one that would prove historic.

During the raid itself, I clearly recall the role that Admiral McRaven played from Jalalabad, Afghanistan. In addition to carrying out his command and control function with his team, he was piped in via secure video conference (SVTC) to provide updates to the CIA and the assembled officials at the White House Situation Room, including the President. As the Department of Defense operators would move down their checklist, we heard McRaven’s voice as each operational or geographical mark or milestone was hit.

“There was a lot of tension, and then as it became clear that we were reasonably sure that yes, it was Usama bin Laden, there was, if I can use the phrase, not only emotional closure, but functional closure, in that the operation illustrated the effectiveness of what an integrated intelligence and operational community could accomplish.”

The amazing part to me was that McRaven’s voice — at least to my memory — never changed inflection, never conveyed concern or excitement or any sense that there was something dramatic happening, and never intimated anything other than calm professionalism. That included those incredibly tense moments when things did not go according to plan with the helicopter assault. You would never have known that anything was amiss if all you were going by was his voice doing the play-by-play.

President Obama delivered the news to the nation on May 1, 2011.

After the operators safely returned to base, McRaven noted that one way in which they had potentially confirmed bin Laden’s identity was by determining that he was in fact as tall in stature as we in the Intelligence Community knew him to be. He told the President they had had one of their taller SEAL operators, about 6’3”, lie down on the ground in the hangar at Jalalabad next to the remains and they assessed he was roughly the same height as the recovered body.

The President then noted over the SVTC with McRaven that they had all those millions and millions of dollars of Defense equipment but they didn’t have a tape measure, which obviously got a good laugh from all around the table and on SVTC. And when McRaven ultimately did visit the President in the Oval Office some days after the raid, President Obama did in fact “gift” McRaven with a tape measure from Home Depot mounted on a ceremonial plaque in case it was ever needed again.

I was recently down at Fort Bragg and saw that the gift remains prominently displayed in the Commander’s Conference Room at the Joint Special Operations Command.

When it was all over, I still remember my shock and surprise when I walked outside of the West Wing basement across the street to return to my office in the Eisenhower Executive Office Building, shortly after the President had concluded his address to the nation.

I was amazed to see (and hear) the streets surrounding the White House complex were filled with what seemed like thousands of people celebrating the fact that justice had finally been done, even though it was after midnight on a Sunday night — normally about as quiet and peaceful a time on the streets of Washington as you would ever see.

Director Clapper noted the enormity of the situation:

“It is hard for me to recall a single vignette that carried with it so much importance, and so much symbolism for this country. As an intelligence professional that has spent 50 years in the business, I cannot remember an event that would approach that raid and its success in my memory.”

The most meaningful moment came days later, when President Obama visited Fort Campbell to meet with some of the operators involved in the mission. A number of senior staff members, including myself, were privileged to attend a meeting and briefing with members of the assault force. The President heard firsthand many of the details of the operation and offered his admiration and gratitude for the work that had been done.

The enormous degree of respect that the President had for the Special Operations Forces was apparent to anybody who attended.

The bravery of these men, the justice they delivered, and the legacy they leave behind — that will be remembered by all of us.

Nick Rasmussen is Director of the National Counterterrorism Center